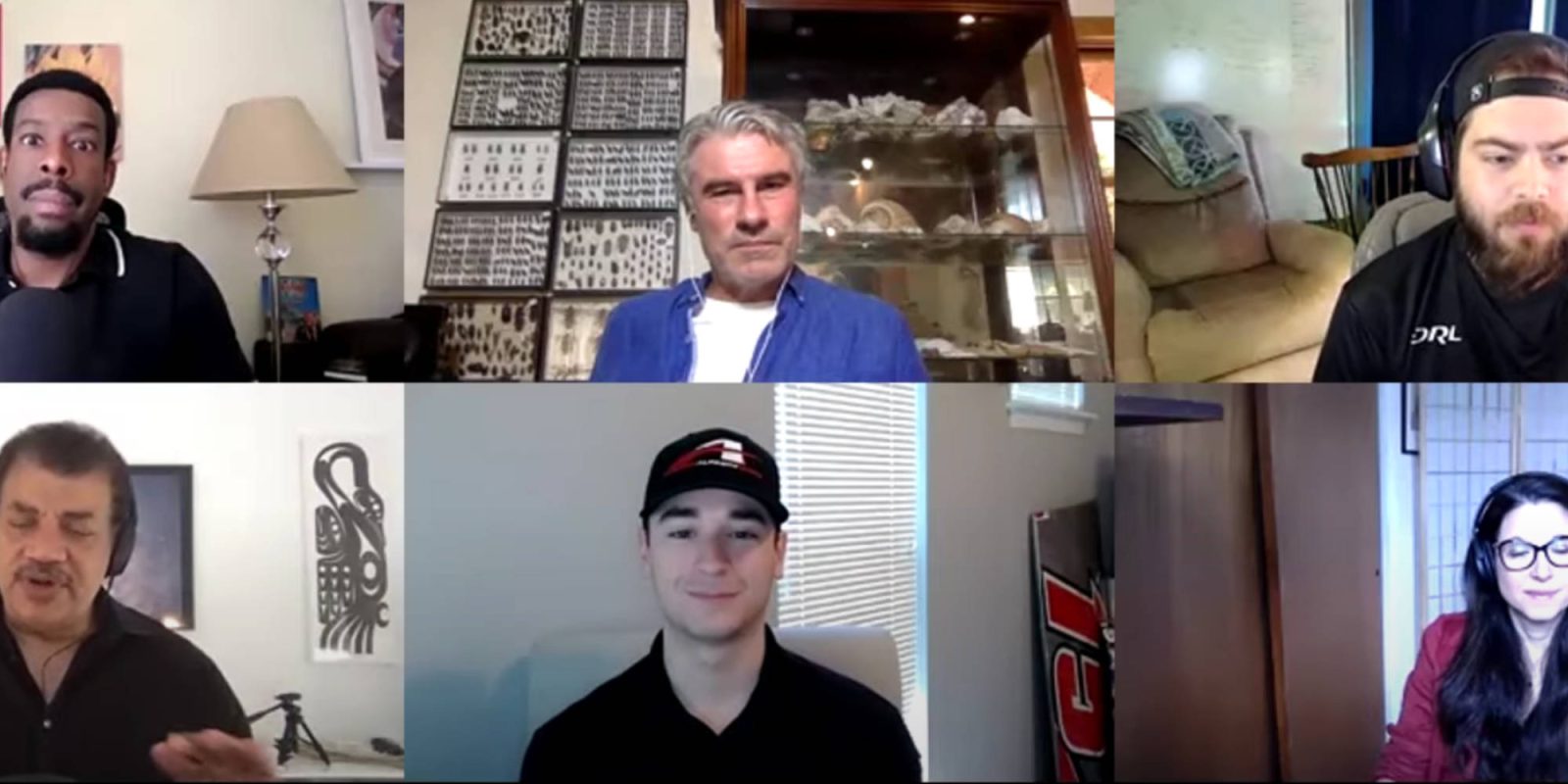 Neil deGrasse Tyson has once again sat down with NURK to discuss drone racing. This time looking at the brains of drone racing pilots and NASCAR drivers. The interesting conversation covers the similarities and differences between the two sports.

The conversation starts off with a quick introduction of drone racer NURK and NASCAR driver Anthony Alfredo. The video also includes co-hosts Gary O’Reilly and Chuck Nice along with neuroscientist Heather Berlin.

Neil deGrasse Tyson first asks both how fast they travel when in their respective races. NURK shares that the racing drones travel at around 90 mph and are able to get to that speed within a second. NASCAR cars are able to travel at 200 mph but take a little longer to get to the speed. Tyson then asks if traveling at 200 mph is the same as traveling the speed you would on the highway. The short answer is yes, due to the aerodynamics of the car and the ones around it.

The conversation continues into some more questions about what it is like to race the drones and cars around the tracks and what it’s like to have the other racers being so close to you. Heather Berlin is then asked a few questions on the brains of the racers and how they are able to have fast reaction times like they do. Be sure to watch the full video below for a really interesting discussion and to find out what exactly goes on inside their heads.

Last time NURK was on the show is when the two were having an in-depth discussion about drone racing and more specifically the racing drones themselves. In the discussion, NURK was able to teach Neil and the other hosts about the benefits of having a different number of blades on the propellers, the low latency video feeds used, and talk about the drones used in the Drone Racing League‘s competitions.