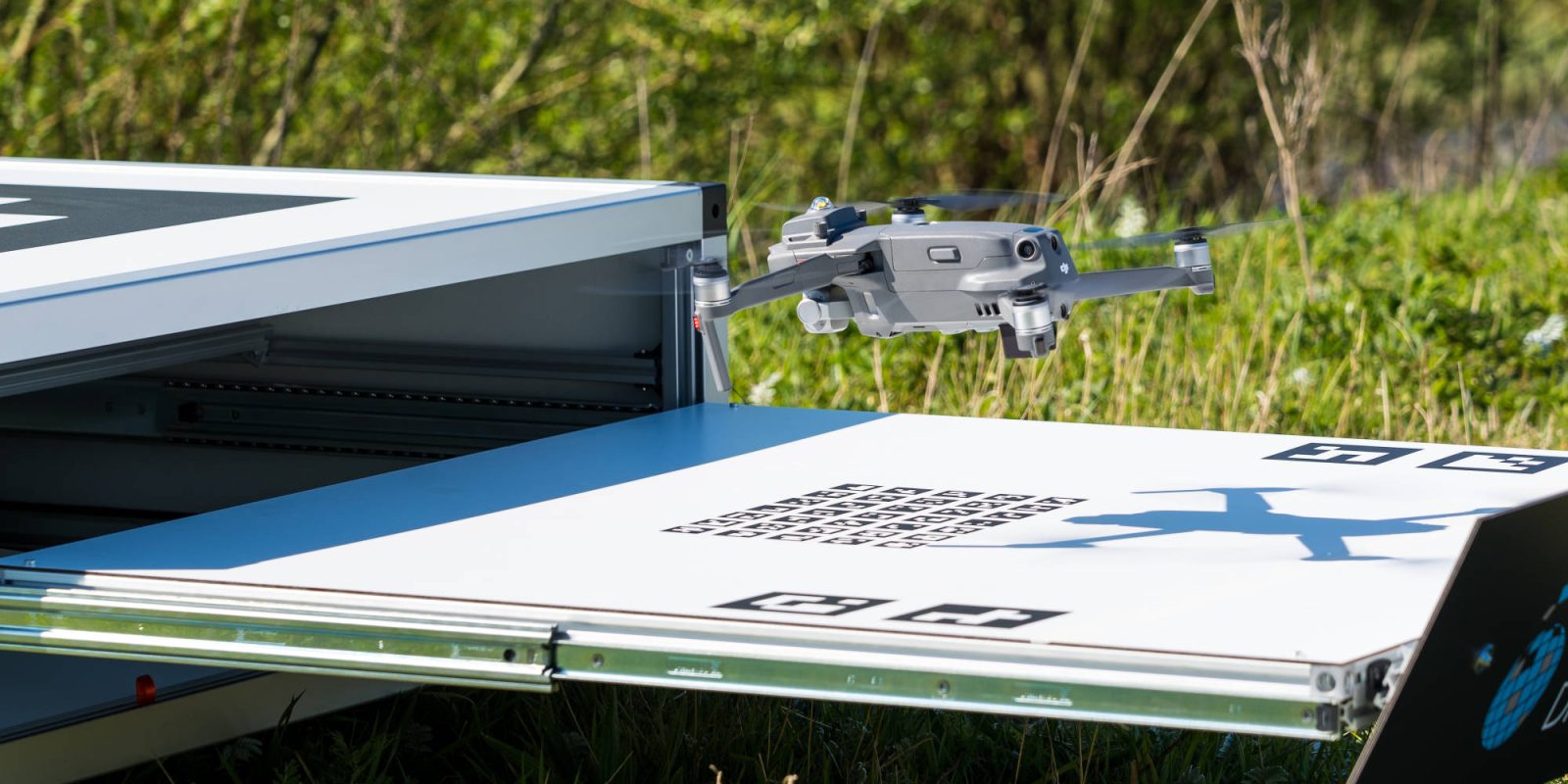 AirHub and Mapture.ai have partnered up to create a drone-in-a-box that can autonomously launch, land, and be controlled from a remote location. The solution means a skilled drone pilot is no longer required with all pre-flight checks being automated.

The system activates once a person in the operations center tells the drone to launch and go to a certain location on the map. Within 10 seconds the drone box opens, the drone slides out, and takes off. The drone then flies on an automated path and acts as the eyes in the sky in the required location.

The system connects to the operator using a 4G LTE datalink and can be designed to fit any current off-the-shelf drones. The one shown off in the video is designed to fit and store the DJI Mavic 2 Enterprise Dual.

Once the mission is finished, the drone autonomously makes its way back to the base station where the drone will then use a camera to position itself above the base station and land safely. It then slides back into the waterproof box and recharges its battery for the next mission.

The integration between the two companies means Mapture.ai’s drone base stations are able to use AirHub’s drone operations software to allow for seamless operations in areas such as security and surveillance, bushfire detection, and stockpile management. The system was initially used for incident management on Dutch rivers to trace things like oil spills.

The team were able to successfully demonstrate it working correctly back on May 6 and are now looking into working with first responders such as local police departments and fire departments. The drone box was also independently evaluated by the NLR (Netherlands Aerospace Centre).

Do you think these drone stations should be deployed around cities for first responders to use when required? Let us know in the comments below.