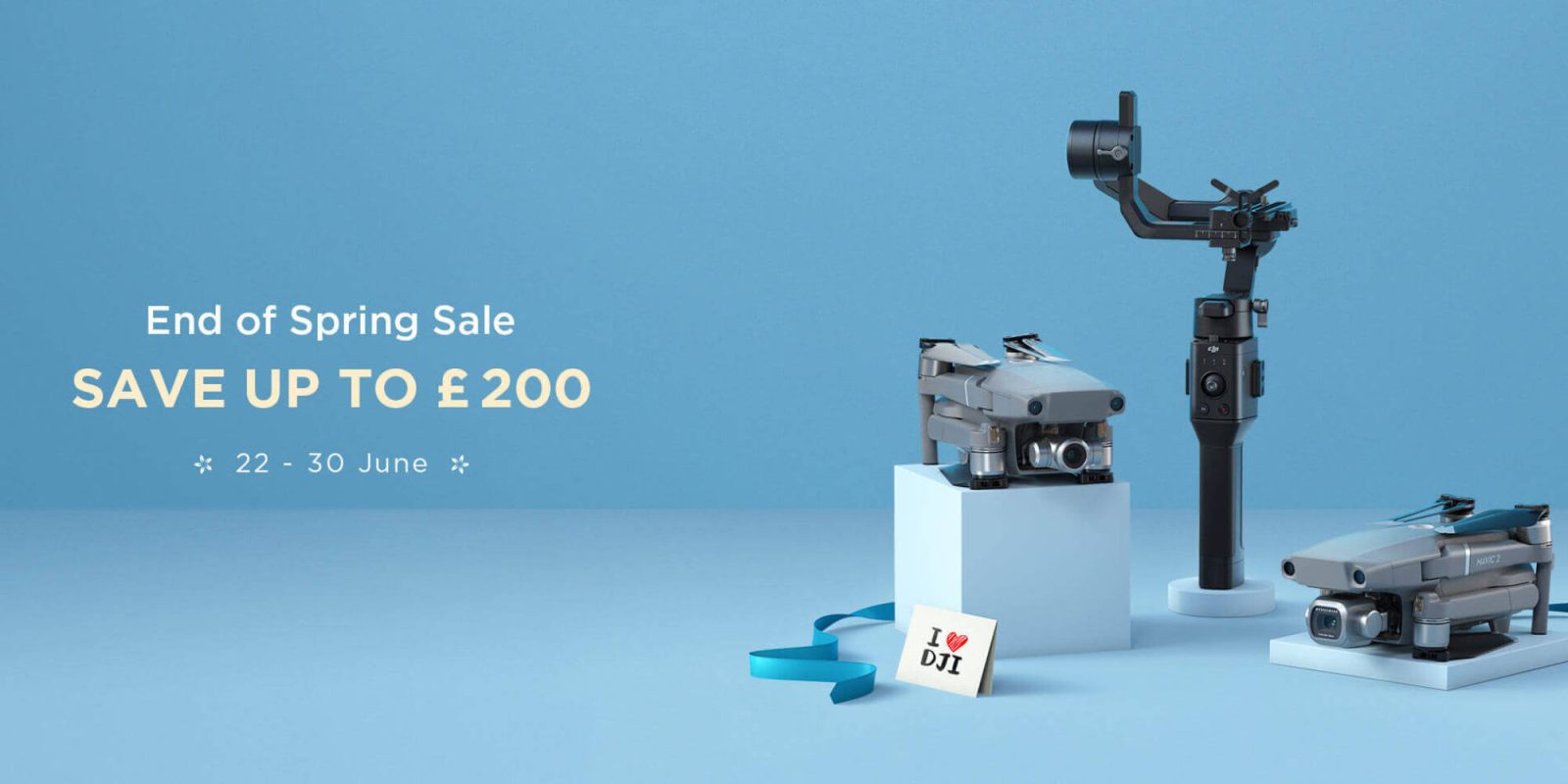 DJI‘s End of Spring Sale is here with some great deals with a maximum savings of £200 on the Mavic 2 series and Ronin series. The sale is only for those living in the United Kingdom, Ireland, Greece, Italy, Germany, and Hungary.

The Mavic 2 Pro features a Hasselblad camera with a 1-inch Sony sensor. The Mavic 2 Zoom has a camera with a 24-48mm zoom lens and offers the Dolly Zoom effect. Both drones have the new hyperlapse functionality. Compared to the original DJI Mavic Pro, the new Mavic 2 flies farther (5 miles), longer (31-minutes), quieter with low-noise props and faster (44 mph). DJI introduced OcuSync 2.0 with the launch of the new Mavic 2 Zoom and Pro. It now has omnidirectional obstacle avoidance, improved APAS and ActiveTrack. – Haye Kesteloo

The Ronin S is DJI’s 3-axis stabilizer for both mirrorless and D-SLR cameras available in two sizes for either camera system. It competes head-on with for instance the Zhiyun Crane models. The Ronin S works with most camera lens combinations such as the Canon 5D, Panasonic GH, and Sony Alpha systems. The Ronin S features dedicated control buttons for the camera and gimbal and lets you toggle between SmoothTrack settings, record and stop the camera. A high precision joystick, similar to the ones you find on your drone controller, allows you to aim the camera quickly and accurately. The Ronin S also features a Sport mode for fast-moving subjects and other intelligent modes such as Panorama, Hyperlapse, Track and CamAnchor. – Haye Kesteloo

The smaller, lighter (2.4 lbs., 41% lighter than the Ronin-S), cheaper ($439) stabilized gimbal for mirrorless cameras, the DJI Ronin-SC. The name stands for DJI Ronin-S Compact, btw. It is a 3-axis stabilizer that can support up to 4.4 lbs for up to 11 hours. The Ronin-SC offers the same modes as Ronin-S but with several exciting new additions, including Force Mobile and ActiveTrack 3.0. – Haye Kesteloo