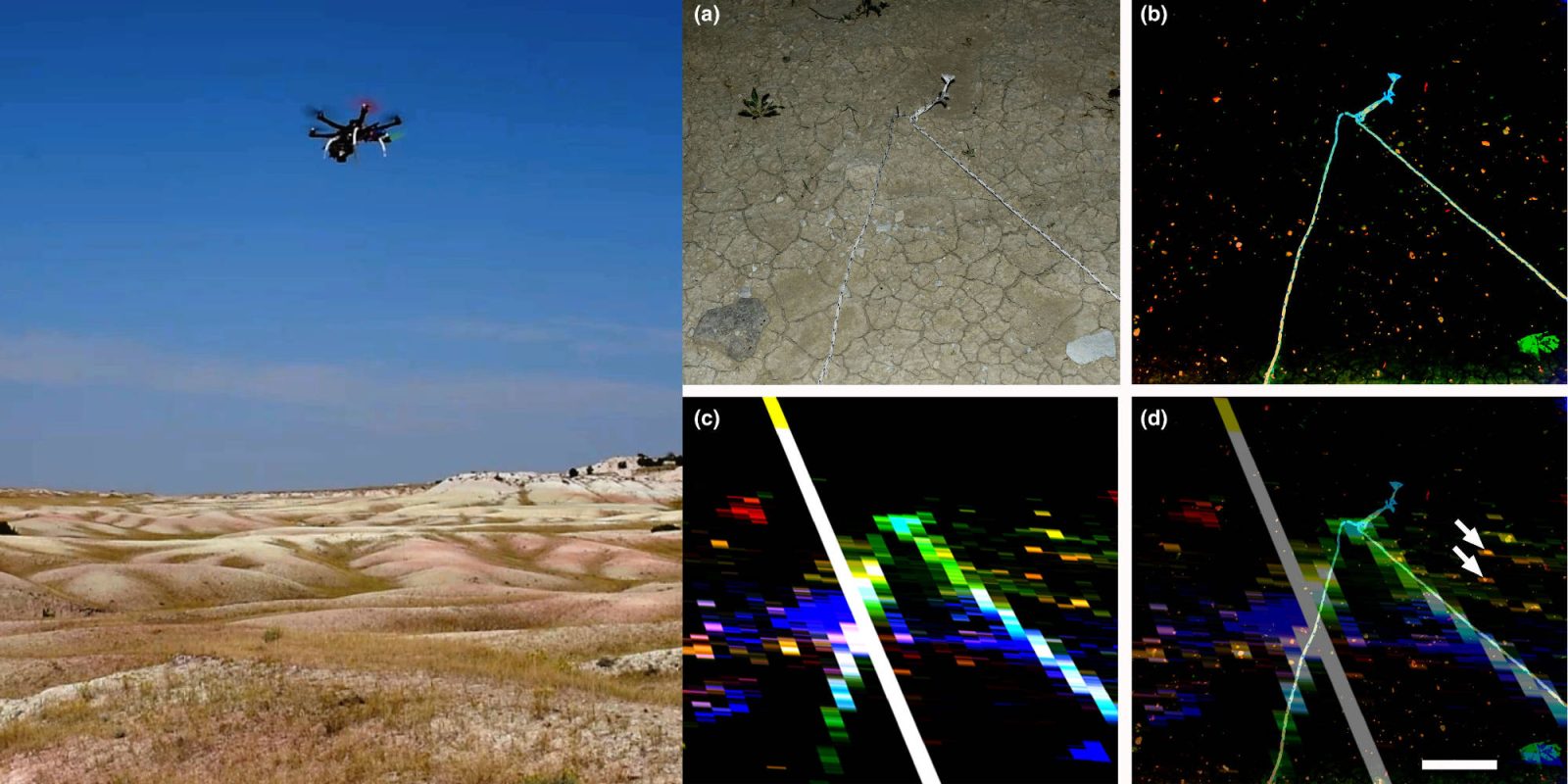 Researchers at the University of Hong Kong have built a drone capable of seeking out gemstone deposits and fossils at night using a laser. The drone uses a scanning laser to react with fluorescents in the various objects that can later be detected in processing.

The researchers, Thomas G. Kaye and Michael Pittman, found during experiments that laser-stimulated fluorescence (LSF) would react and begin to glow under laser light. The drone detects the glowing objects in the ground by recording a video.

To ensure it can detect even small fossils, minerals, organisms, and archaeological artifacts, the drone is flown 4 meters (13 feet) from the ground, enabling it to detect objects of interest as small as a thumbnail.

A ground-based DSLR camera on a tripod is used to take white light and laser-stimulated fluorescence (LSF) images, and the drone is then sent up to take pictures from above. The images captured from the two are then compared, and any spots that fluoresce in both images are then processed further.

The video is separated into individual frames. The frames from the drone are cropped down to just the laser beam, where they are all lined up with one another to create one big picture of the ground. Fluorescent spots found in the image and are later recovered from the field to be thoroughly inspected.

The researchers are now working on laser-stimulated fluorescence (LSF) applications that allow the technology to be used on other planets to research landscapes.

What do you think of this cool use of drones? Let us know your thoughts in the comments below.

Photo: The University of Hong Kong