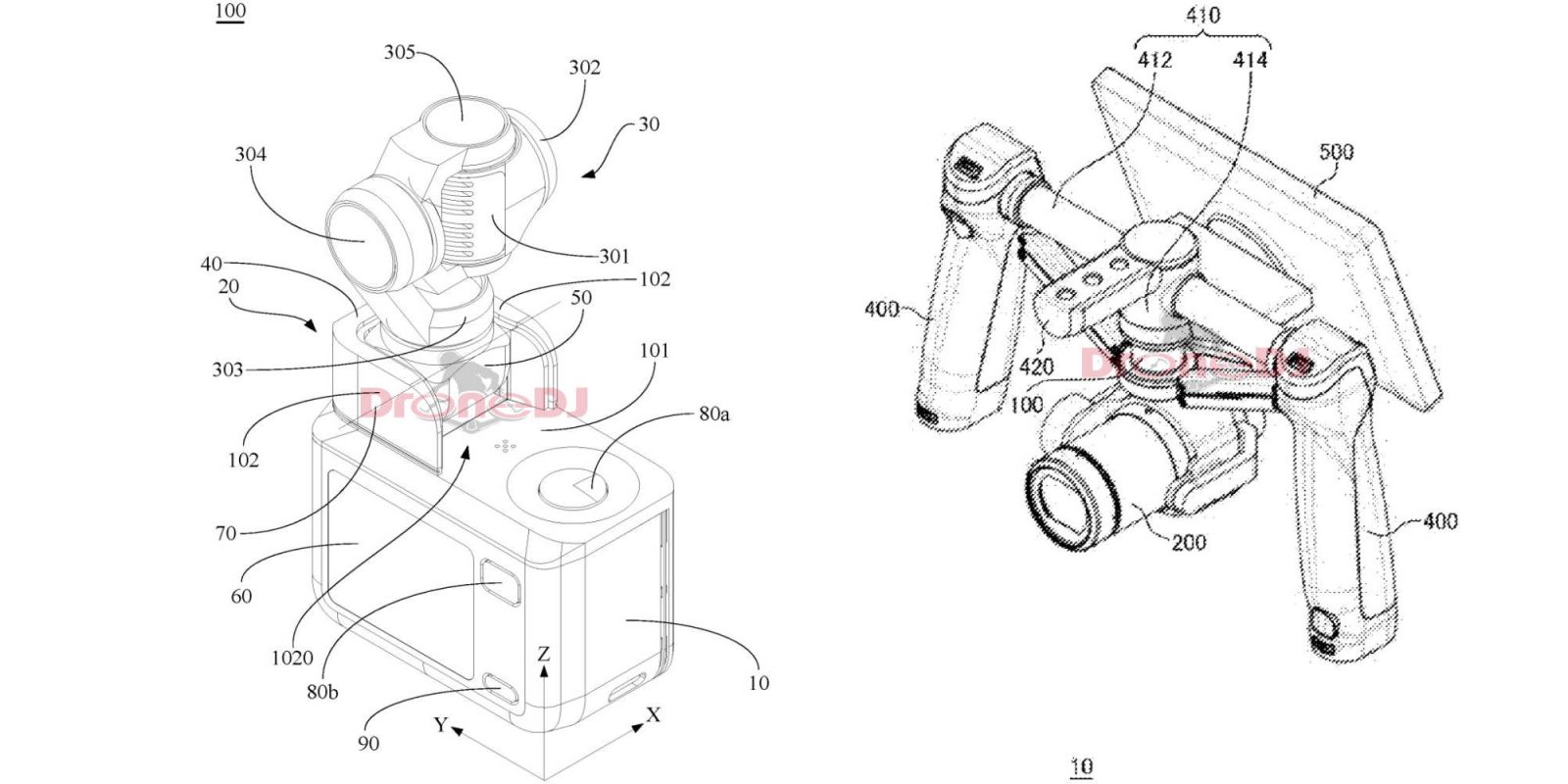 Along with new drone patents, two new gimbal patents from DJI have been made public. One being a two-handed gimbal and the other being fully integrated. DJI looks to be taking a new approach on the original Osmo line of gimbals.

This gimbal looks to be more of a professional product from the looks of the lens used in the drawing and the inclusion of a rotatable display on the rear. The drawing shows a two-handed gimbal with the right-hand taking care of the camera trigger with both handles likely having buttons which can’t be seen in the drawing. The camera looks like it might be interchangeable, likely with lenses used on the upcoming Inspire 3 drone.

If it is a display on the rear and not a tablet holder, DJI will once again be creating an industry-leading gimbal in a small package. The display would obviously show a live feed from the camera and give you data on camera settings, storage, etc. From the drawing and abstract it looks like DJI is creating a gimbal that can be used with its own line of cinema cameras allowing professionals to purchase the cameras and use them with all their products.

From the abstract we are able to say that the gimbal is able to be folded down for transport and folded back up when in operation. From the drawing we are able to see a compact box shape with a gimbal and camera sticking out of with what looks to be a trigger button to take photos and record video. We can also see a shape that looks to be a touch display on the rear of the device with two buttons to the right of the display.

It looks like DJI is creating a gimbal here for use with an action camera or possibly a mirrorless camera. This could, possibly, be the upcoming version of the Osmo Pocket with a massive redesign.

What do you think of the gimbals shared in this article? Do you think DJI has heavily redesigned the Osmo Pocket? Let us know your thoughts in the comments below.