Is India’s drone guru a genius – or a copycat? 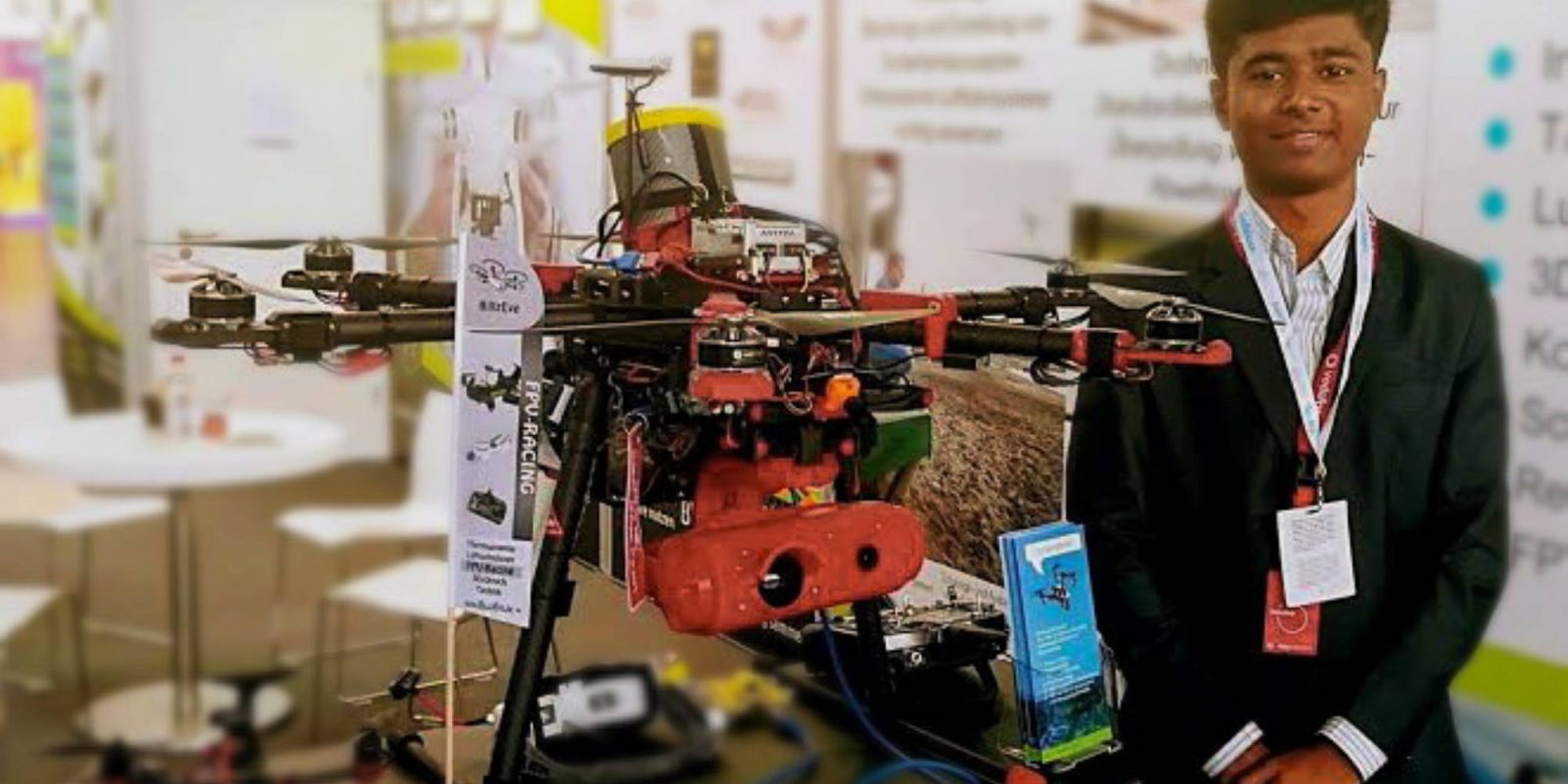 India‘s so-called ‘drone genius’ has been called out after news outlets went on a fact-finding mission and found he took drones from other companies and claimed them as his own creations. The 22-year-old reportedly built over 600 drones and had won hundreds of unknown awards.

In June of 2018, a company by the name of BillzEye – Multicopter Systems showed off its drones at the CeBIT expo in Hannover, Germany. During the show, a young man turned up to the BillzEye booth, asked a few questions, and later asked for a photo with the drone on display, the BETH-01.

The drone in the photo, BETH-01, was built by Bill Gutbier with proof in the form of many documents, CAD files, and photos during the creation of it.

Prathap NM, the ‘drone genius’ had reportedly built his 600 drones from old parts found by taking apart e-waste. He had also said he had won the Albert Einstein Innovation Gold Medal at the CeBIT Expo in Germany, but the award doesn’t appear to exist.

More recently, Prathap appeared on Btv News Kannada showing off the photo he took back in 2018 and suggested that it was his own custom-built drone. You’ll find this around the 33-minute mark. The interviewer questioned the 22-year old on why he didn’t have any photos with his drones, resulting him in pulling up the old photo from 2018. From the interview, we are shown various photos from expos and see where Prathap has appeared to pose with drones from other companies’ booths.

The owner of BillzEye, Bill Gutbier, says Prathap falsely claimed that the drone belongs to him. Gutbier later said that if Prathap continues to spread that the drone was created by him he is willing to get lawyers involved.

Since Mr. Prathap has made false statements publicly and the drone was manufactured by BillzEye – Multicopter Systems, I must call on Mr. Prathab to clarify the facts clearly! If Mr. Prathap does not comply with this request or if he continues to spread false news, please contact our lawyer.

The Japanese company ACSL was contacted by a Redditor earlier this year to ask if their PF1 drone was the same as the one Prathap said he had built in India. The company replied to the email saying that they have never heard of the 22-year old and that he was never involved in the development of the drone, further saying they own all the IP rights.

Prathap has yet to prove that the drones he has ‘built’ aren’t coming from other companies. We will update the story if he responds or if any other party makes a move or sheds some more light on the situation.