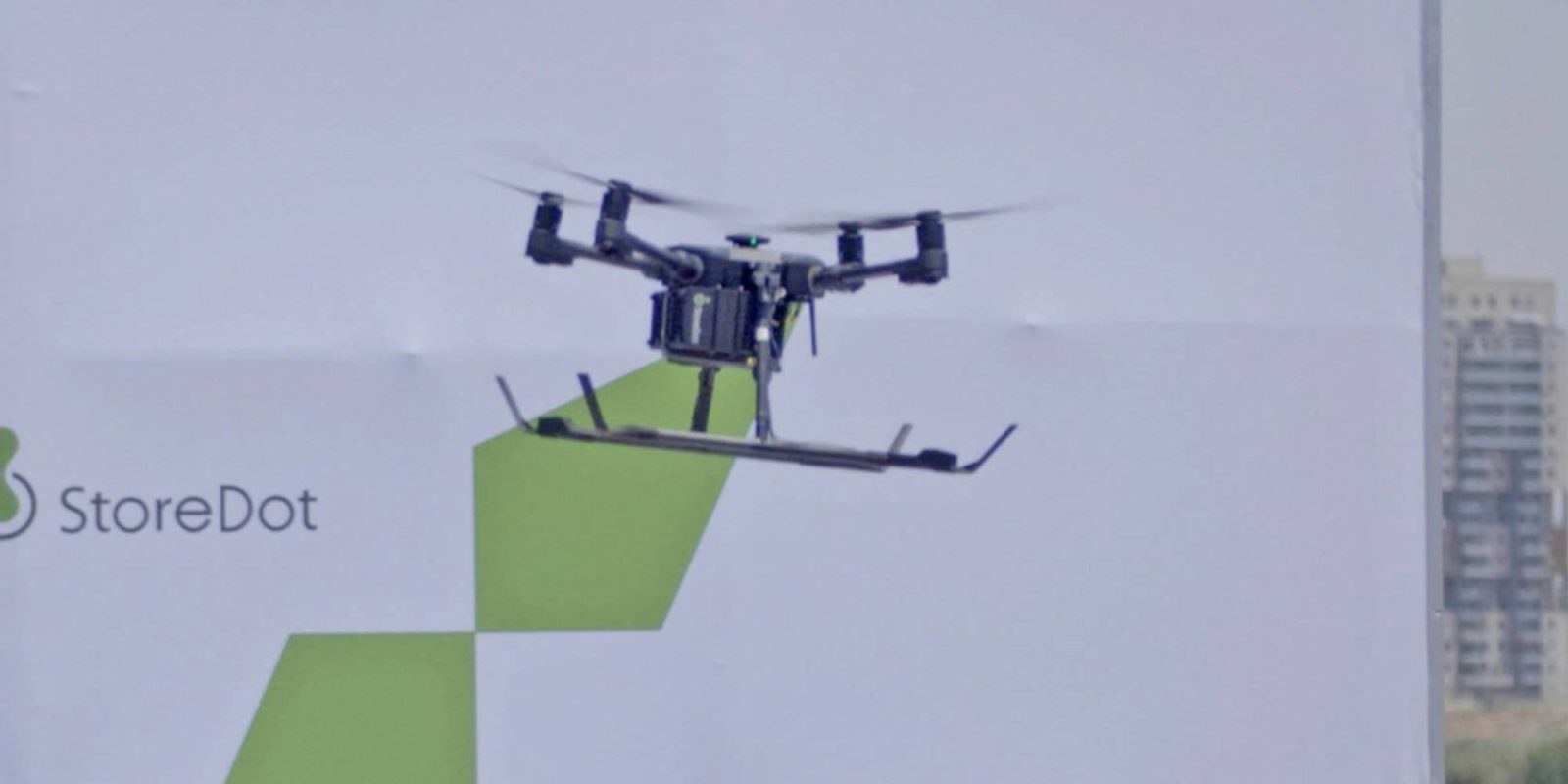 An Israeli drone start-up, StoreDot, has managed to reduce the charging time of drone batteries to just five minutes using ultra-fast charging (UFC) technology. The company has been able to overcome two of the main hurdles drones currently face when it comes to charging.

The first hurdle is that most commercial drone batteries take around 60-90 minutes to charge due to the current technology used both by the charge and battery. The charge time gives drones around 30 minutes of flight time. This issue can be fixed by purchasing multiple batteries requiring the drone to land a human to swap them over.

The second issue facing current drones is the need for a human to swap over the drained battery for a fresh one. Drone stations are a thing, but current ones force drones to land for the full charging time or swap the battery over automatically.

To jump over the above hurdles, StoreDot has developed FlashBattery technology that reduces charging times without much effect on the density of the battery. The battery technology utilizes the company’s custom-developed metalloid nanotechnology alloys with a very high diffusion and low resistance when the lithium ions are introduced.

When the drone lands in the charging station a flap opens on the battery to allow the charger to connect with it, once the lid of the station closes the drone begins to charge removing the need for so many extra batteries to be purchased. The new battery tech can last from anywhere between 100 and 150 cycles.

Dr. Doron Mysersdorf, CEO of StoreDot, had the following to say on the company’s ultra-fast charging (UFC) technology being paired with drones:

“The launch of a UFC solution for drones changes the game. By reducing battery charging time to just 5 minutes – which is up to 18 times faster than existing drone batteries – and eliminating the need for human intervention, drone operators have far greater freedom about where they can site charging stations. As a result, continuous, fully-autonomous drone operation is finally being made a reality.”

Take a look at the following video to see the autonomous battery charging system in action with a DJI Matrice 200 series drone.