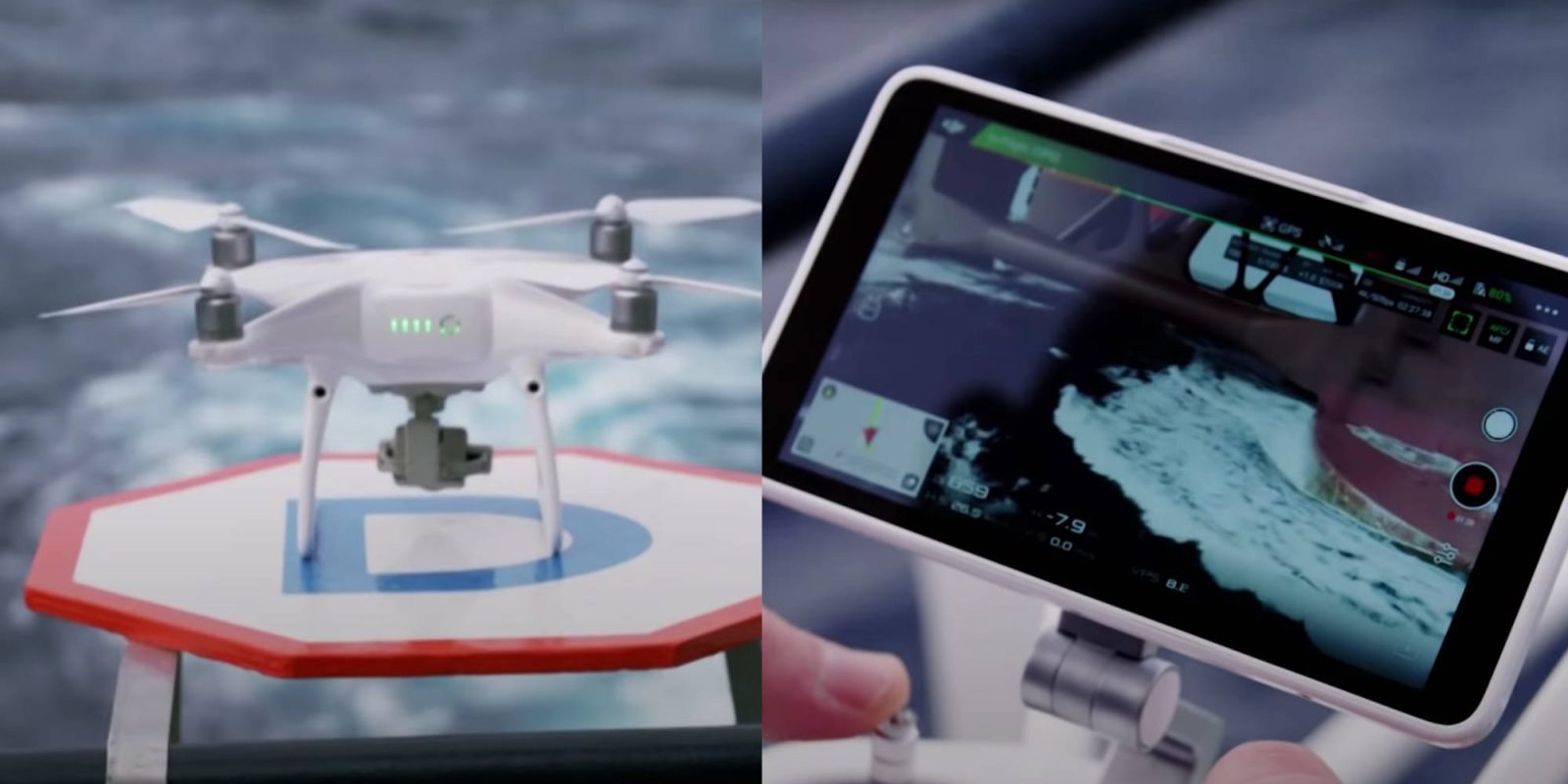 Ever wonder how you safely transport a huge rig over a long distance on water? The team transporting the drilling rig used a drone to ensure everything went well.

While watching a documentary on the Free Documentary YouTube channel that looked interesting, a drone appeared out of nowhere and I thought it would make for a cool article exploring the use of drones for these unique transportations.

A new drilling rig worth $500 million was built in South Korea in the world’s largest shipyard. The rig now needs to be moved halfway around the globe to Europe, and it must be done within 90 days. The way this is done is by using an open sea tugboat, a 2,000-meter towline, and a drone.

How the drone is used

When hooking up the rig to the tugboat, there are two sets of lines connected, the main ones and backup if anything goes wrong. During the journey, large waves can tangle the backup lines with various points on the frame of the rig. Instead of the team going close to the rig with a boat that can be dangerous in rough water, the captain checks the lines with his DJI Phantom 4 drone.

If the drone is flown the two-kilometer towline distance to reach the rig, the captain then flies near the rig to look for an issue with the lines and the connections. This is a critical step in case anything gets tangled or a line looks to be damaged or even about to come loose. After the flight, the data is downloaded and inspected further to see if a response is required.

Have you recently watched anything that has shown an interesting use for a drone? Do you use a drone in an interesting way? We’d love to know what or how in the comments below.