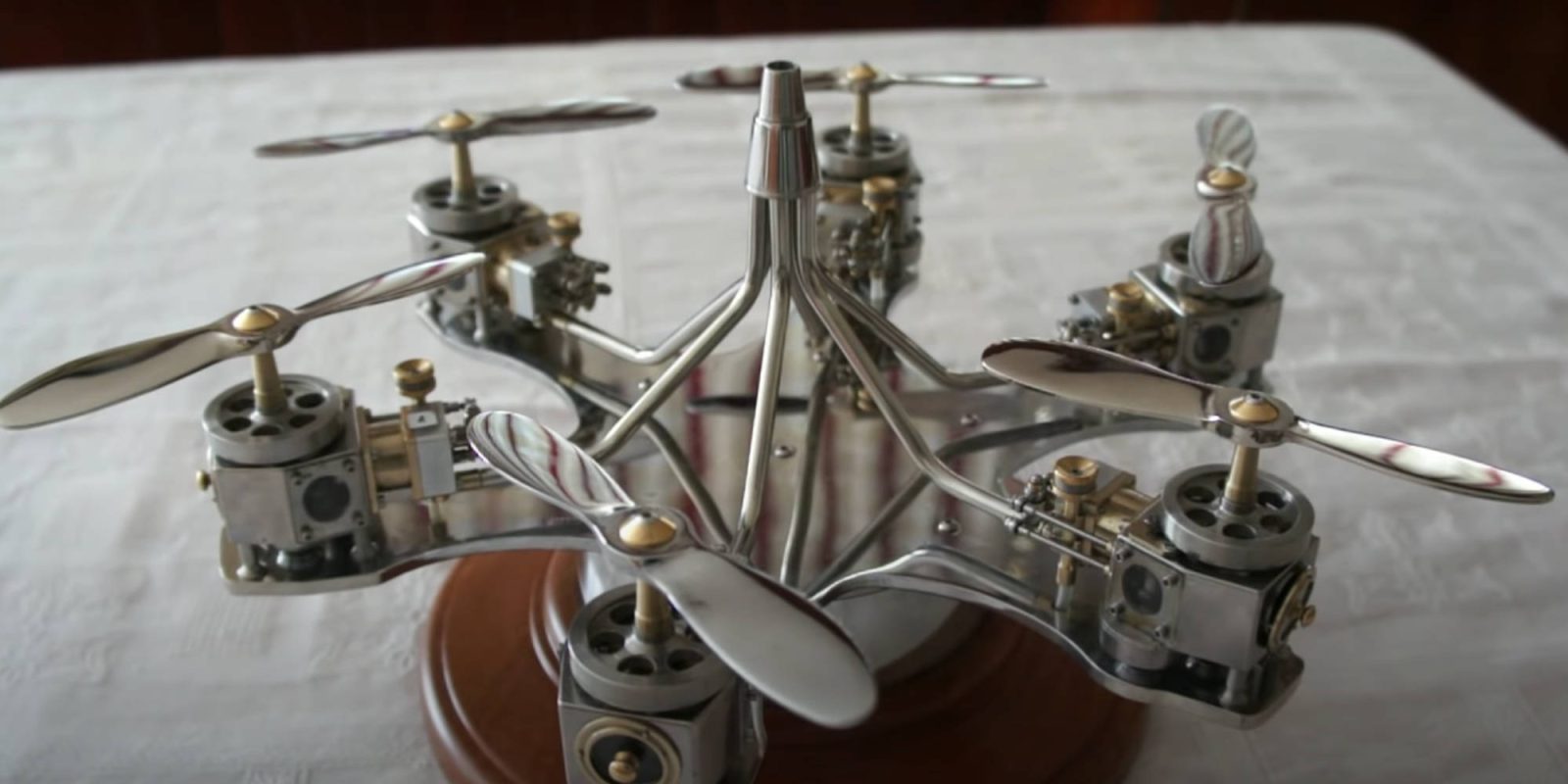 80-year old YouTuber, Motores Patelo is known for making some cool miniature mechanical engines and other goodies and has posted a video of a flightless drone with fully functional propellers. The mechanical drone took 1560 hours to build.

Before the video starts, a message shows up on-screen that tells us Patelo began recording the video in late December of last year. On March 14 this year, the COVID lockdown was enforced in Spain and meant much of the making of the drone couldn’t be filmed. However, Patelo was working on it every day throughout that time.

The drone of choice is a hexacopter that is equipped with pneumatic motors that can run due to the changing air pressure in the chamber of each motor. The video shows Patelo starting off by shaping and filing down the squared edges to better resemble a propeller. He then moves onto building the base and the six individual engines and the components that make them work.

The drone is made up of a total of 265 handmade parts and a whopping 362 screws holding it all together. Before shooting the video and building the mechanical creation, Patelo produced drawings and blueprints to reference off when building the final product.

Watch the full video below to see the awesome little drone being made and running for the first time. Be sure to have a look around his channel for some of the other cool projects he has built in the past including a W-32 engine, a V12 engine, and even a recreation of an ocean liner’s engine room with propellers in water.

Have you watched his videos before? Have you ever tried to build something similar after watching one of his videos? I’d love to know in the comments below.