A snapshot of the drone industry in the United States 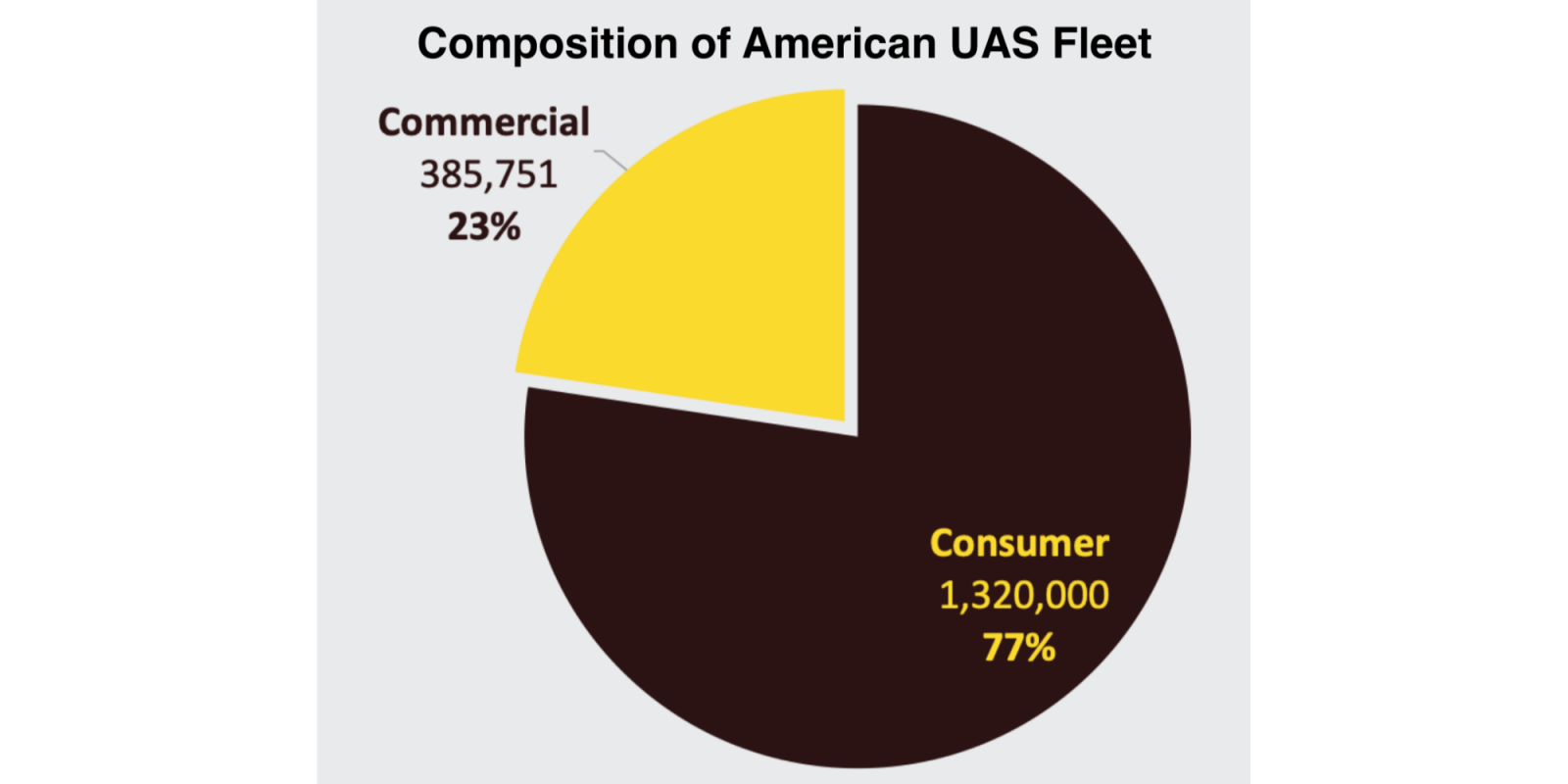 Every year, the FAA releases its own report with the latest data on the drone industry in the United States. We learn how drones sales are doing, personal vs. recreational, and other interesting tidbits. But we don’t usually have the benefit of hearing how an expert interprets this data, especially historically, to produce a snapshot of trends. That’s different this year.

You may recall that we wrote recently about David Benowitz. The former DJI executive recently left to pursue the next phase of his career with Drone Analyst, known for its exhaustive reports about the drone industry and its trends. Well, it seems David has had the opportunity to delve into the latest FAA data and compare it with recent years in order to look at how some trends are stacking up. And, between the FAA report and Drone Analyst interpretation, there’s a lot we can glean about the state of the industry in the USA.

As Drone Analyst’s Head of Research, Benowitz looked specifically at comparing the New FAA data and American UAS Industry Performance Since 2016. Some of that data?

Yes, people are rushing to buy Mavic Air 2. But the greatest growth in the drone industry in the United States is for commercial drones. Though there are more consumer drones overall out there, when it comes to growth the commercial/enterprise side is clearly where the action is:

This growth has been predominantly led by the commercial drone segment, with the commercial drone fleet growing by 39% from 2018 to 2019. In comparison, the consumer drone market has grown at a moderate 6% over the same time period. This is a marked slowdown for both areas of the industry and suggests that with the current market structure and regulatory environment, the UAS market will stagnate. This is much truer in the consumer industry than the commercial industry, where purchasing intent has taken awhile to be realized and is likely to slowly grow as enterprise drone operations mature.

Splitting up that growth…

According to the Drone Analyst report, it’s clear what market segments are growing. And while the consumer side is still growing, that rate of growth has slowed substantially when it comes to new drone purchases.

And, realistically, this only makes sense. The majority of people who really want to buy drones for recreational purposes have likely done so by now. And when these consumables run anywhere from $500 to $2000+ for models that recreational pilots might buy – you don’t tend to replace them that often.

While the modern, integrated “consumer drone” is just five to six years old, the market for such products has already begun to show signs of stagnation. In 2019, the consumer drone fleet grew by 6%, with pilot counts increasing at a slightly higher 10% growth. This is a moderate decrease from 2018’s growth figures of 14% and 17% respectively.

The portion of the fleet that’s out there continues to grow – with the commercial market taking an ever-growing slice of that pie:

David’s report also notes that the FAA has traditionally been overly optimistic in its forecast for the consumer industry growth, while underestimating the growth of the commercial industry.

We’ll be interested, as always, to see and learn more about where the drone industry is going – and using some of Drone Analyst’s interpretation to help identify the highlights.