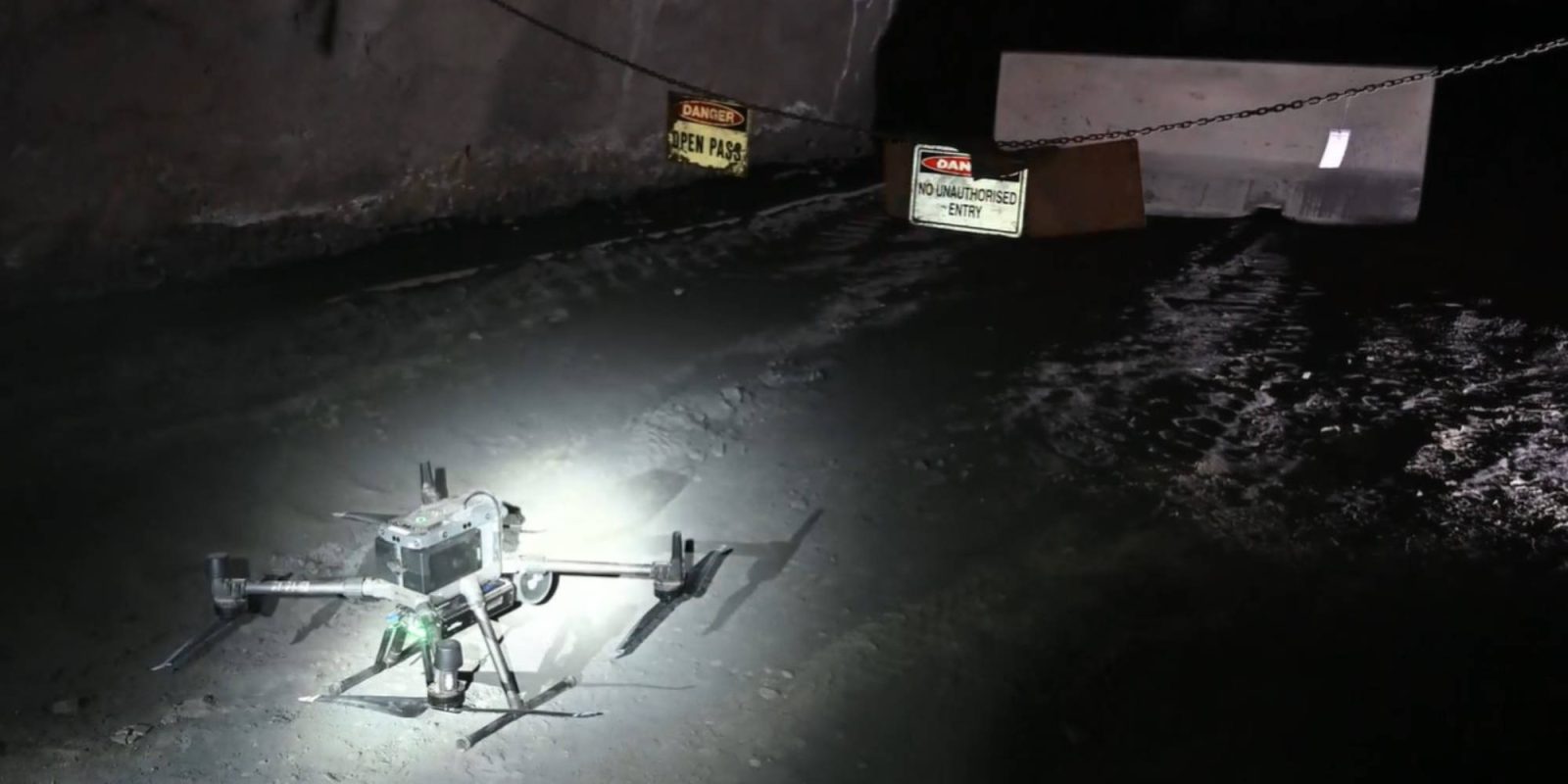 In a world’s first, DJI’s Matrice 300 has autonomously surveyed two underground Australian mine sites testing 3D LiDAR technology. The new drone technology was being tested by Emesent which has been developing its simultaneous localization and mapping (SLAM) autonomous flight system Hovermap.

The two drone flights took place at the Round Oak Minerals’ Mount Colin underground copper mine in northern Queensland, Australia.

The flights mark a milestone for Emesent who provided its Hovermap software and LiDAR hardware for use with the newly released Matrice 300 drone.

A flight like this above ground wouldn’t usually be a big deal as there aren’t as many space restrictions and you have daylight to help with capturing data and flying safely. The fact that the drone is able to fly underground with very little to no light without crashing is impressive.

Below is a short video of the drone in action capturing data with the onboard LiDAR scanner. The drone is flying autonomously and is able to make its way around the dimly light mine with no issue. The data captured by the drone is also shown in the video.

DJI and Skydio are taking vastly different approaches to autonomous flight with DJI taking the less autonomous approach making it more of a pilot aid keeping the drone pilot in control of the drone for the majority of the time whereas Skydio has almost removed the need for a human to pilot the drone thanks to high-resolution cameras that pick up a full 360 image of the world allowing the drone to fly itself and dynamically avoid objects.