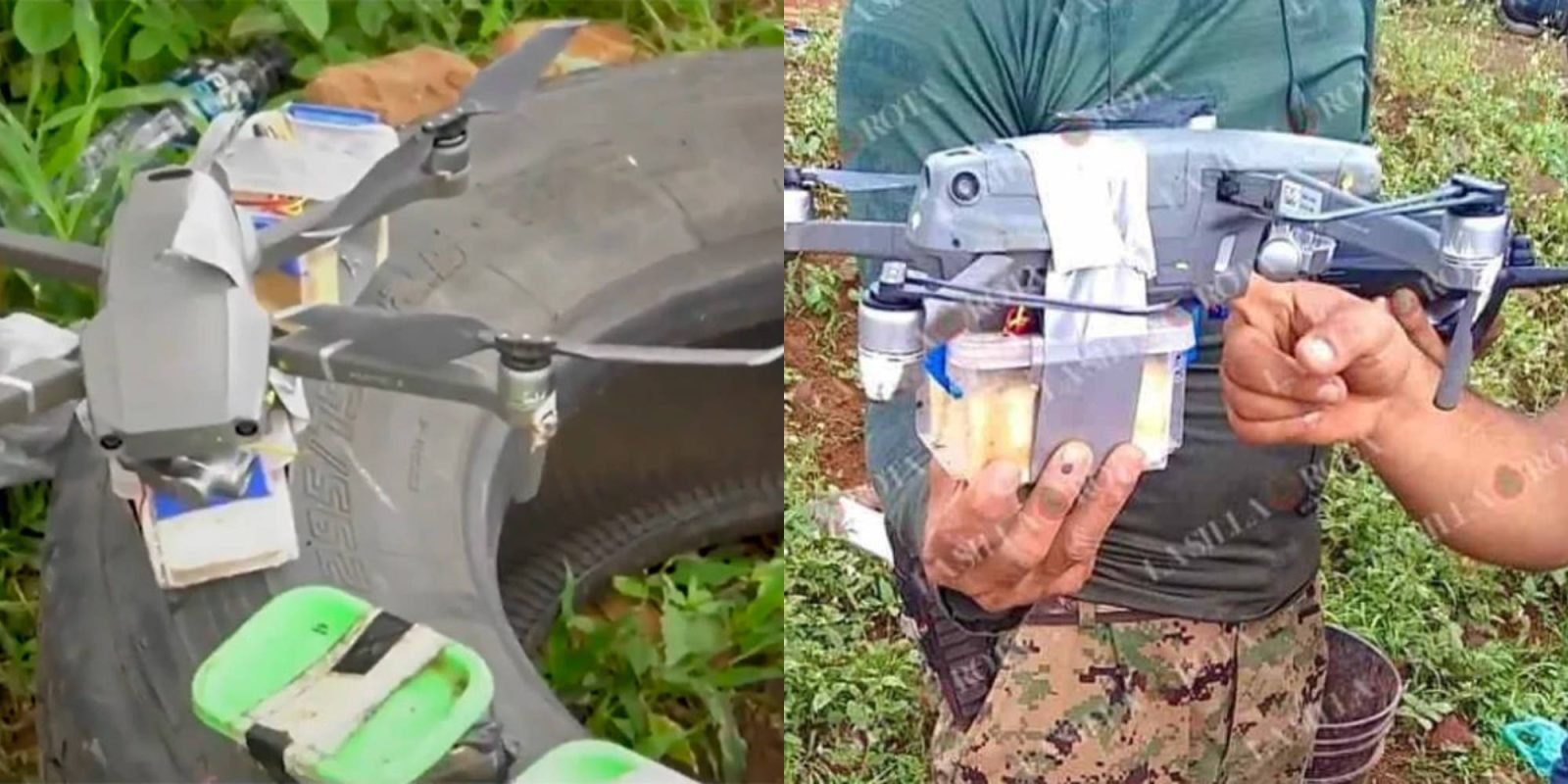 A Mexican cartel is now turning to drones to do the fighting for them by equipping them with C4 and flying into enemy territory where the drones are remotely detonated. Two of these suicide drones were found late last month in an armored cartel vehicle.

The two drones were found in the city of Tepalcatepec in southwest Mexico. The drones were found in an abandoned car that is believed to have belonged to the cartel who was planning to attack the city. The C4 was found to be packed with ball bearings to somewhat act like a massive shotgun shell. The C4 was placed in plastic containers and taped to what looks to be a DJI Mavic 2 Zoom, an expensive drone to be blowing up.

The move to drone warfare for the Jalisco New Generation Cartel (CJNG) is believed to have come to fruition in the fight for control over the western Michoacán municipality. The cartel had previously used small planes to drop bombs in the enemy territory but have now resorted to drones after police increased its aerial surveillance in the area.

Around the end of April, the Attorney General’s Office reported C4 equipped drones were being used by the CJNG to attack rival members of the Santa Rosa de Lima Cartel in the central Mexican city of Guanajuato. A police raid found three drones, two controllers, C4, gunpowder, tannerite, cell phones and 53 SIM card which were used in the process of making remotely detonated aerial bombs.

What the cartel is doing with drones is in some ways a scaled-down version of what we are seeing in the Middle East with the constant use of armed drones being used in day to day combat. The cartels are essentially different army forces that have begun using drones to fight their battles. This use of drones definitely shows the scarier side of drone technology when it gets into the hands of those with bad intentions. Just like all technology, some people will use it in harmful ways and that unfortunately takes attention away from all the good drones are doing for the world.