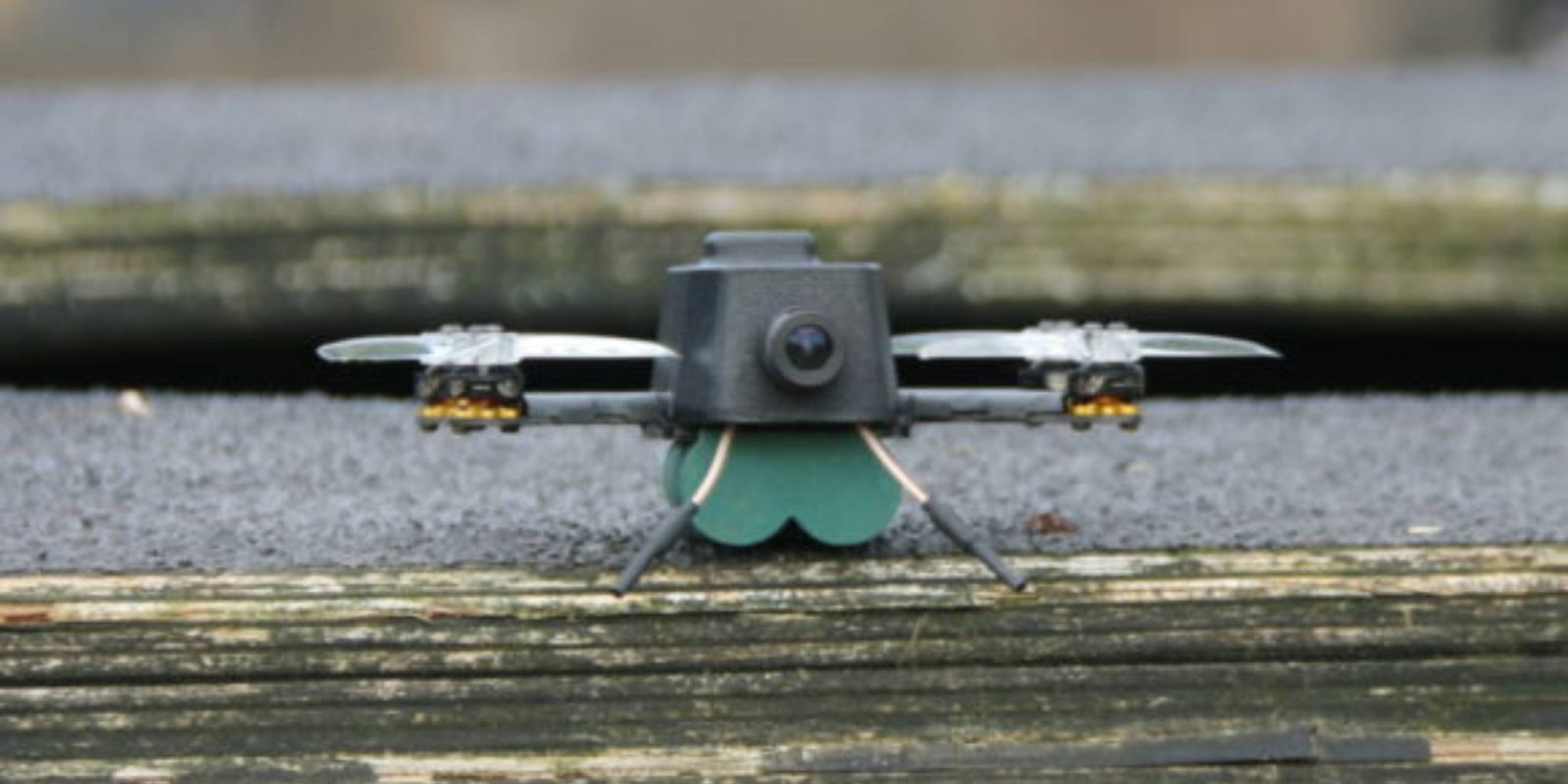 British drone manufacturer UAVtek has been awarded the drone innovation award for its 200-gram nano drone that goes by the name Bug. The Bug nano drone provides military forces and law enforcement with an eye in the sky while making minimal noise.

The company produces drones across the spectrum, from its tiny Bug drone to its larger Scout vertical take-off and landing (VTOL) drone with a payload capacity of 18 kg (~39 pounds).

The Bug is considered a Class 1A nano UAV with a flight time of 40 minutes and a top speed of 80 kph (~ 49 mph) while flying on a 5.8GHz or LTE connection which gives it a max range of 50 km (~ 31 miles). UAVtek says the drone can be flown in all weather conditions and can fly in winds of 35 knots and gusts of 45 knots.

The drone can fly fully autonomously with pre-programmed missions and can swarm with other Bug drones right out of the box. The drones use GPS to follow the ‘leader’ drone with algorithms controlling the spacing, formation, and making sure they don’t all fly into one another.

“We are very proud of the fact that the Bug is designed and built in the UK. This demonstrates that the UK drone industry can produce world-class unmanned systems.  We have outstanding partners, including BAE Systems and General Dynamics, who are collaborating with us to develop the best possible technology for our troops.  This is just the tip of the iceberg.  As we move into 2021, we will be releasing a full range of purpose-built UAVS for all aspects of military use.”

Jenna Copley, Finance Director and Founder of UAVtek followed with:

“One thing that sets us apart is that UAVtek is the only airframe-agnostic drone manufacturer in the UK;  we use the same interchangeable ground-controllers, and the same operating system for every UAV in the fleet, which reduces training time and skills-fade.”