Autel announces ‘Made in the USA’ EVO II Dual Bundles 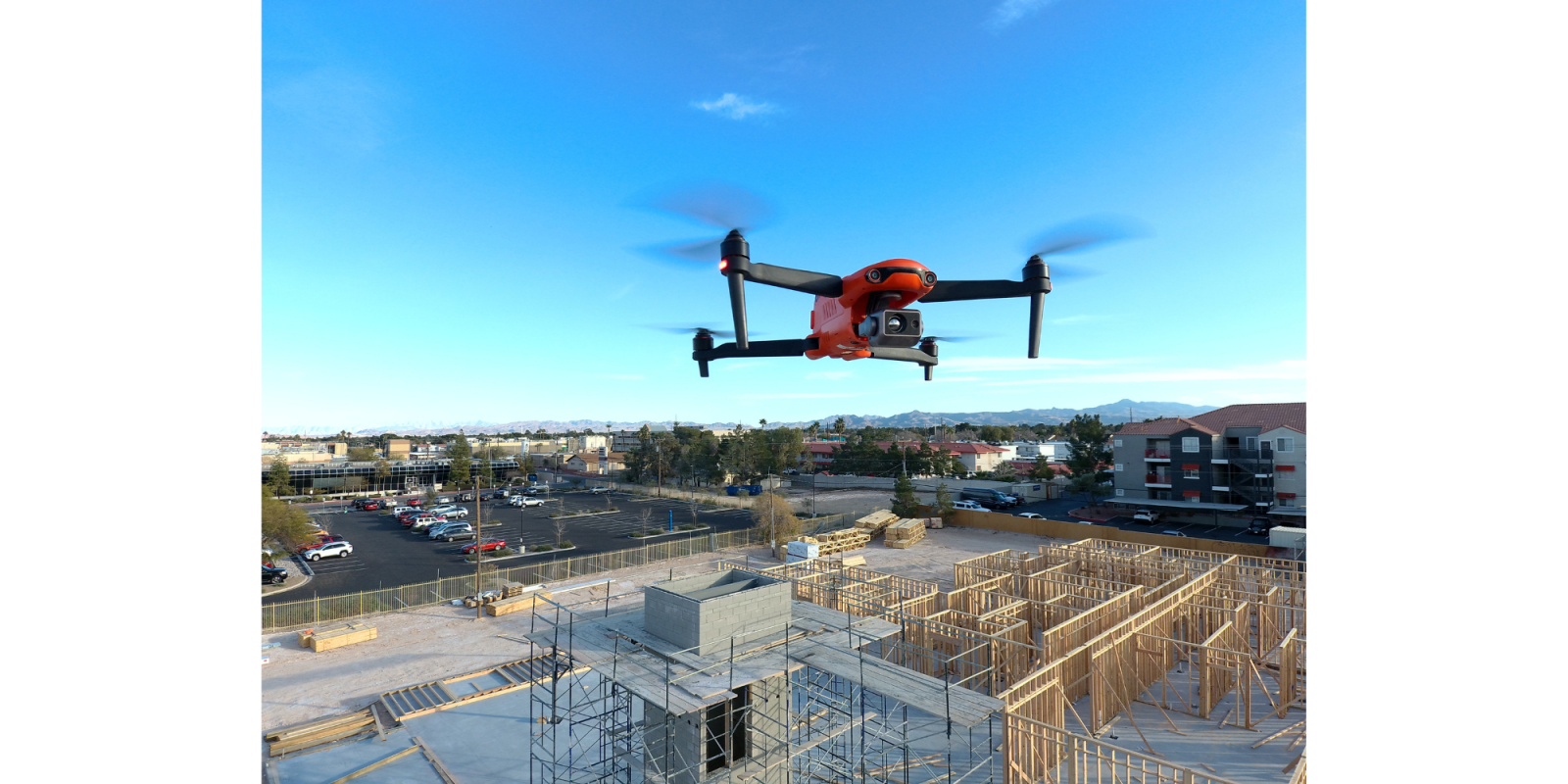 Drone manufacturer Autel announced on September 3 that its EVO II Dual drone package is “Made in the USA” — meaning it will have a competitive edge over drones manufactured elsewhere — and particularly drones of Chinese origin. The Department of Interior has banned the use of Chinese-made drones or drones containing Chinese parts over data security concerns — and the Trump administration’s Anti-China sentiment seems to be growing.

The US concern over Chinese technologies, with a focus lately on drone technologies, has been challenging for DJI. Despite rigorous evaluations that the company says demonstrates the security of its products — and particularly its Government Edition drones — Washington is not convinced. The Department of Interior has already banned the use of drones containing Chinese components, as well as planned purchases of Chinese-made drones. An internal memo we reported on suggests the move has hampered the ability of the US to fight forest fires because of a reduced number of controlled burns utilizing drones.

Now, Autel is taking the opportunity to leverage the anti-China backlash. Despite the fact the company itself is from China, it has announced that its latest products, aimed at First Responders and other Enterprise users, qualify as “Made in the USA.”

The word came in a news release. In it, the company said its Autel Enterprise line “offers end-users the opportunity to use aircraft manufactured in the USA with foreign and domestic parts and labor.” The release also said its resellers had been told of the change this week.

We notified our dealers that the change in manufacturing is effective immediately, and this new series of bundles does not impact our ability to ship existing stock. We have been making running changes to the product line in order to accommodate our customer needs since the day we initially released the product

Autel’s EVO II Dual is built for commercial and First Responder applications. Incorporating a FLIR camera with 640 resolution and a 35-minute flight time, 75 percent of the components of this machine are now assembled in the US. The company is even going to brand its drones this way.

Advexure Unmanned Systems, based in Los Angeles, is Autel’s main distributor in the US. The company sells drones by all of the key manufacturers. It says the $9998 EVO II has found a niche.

In just the short time of this product being in the hands of first responders, we’ve received feedback from our public safety partners that the EVO II Dual has been a critical tool in saving human life on about six occasions thus far. Advexure and our partners have been very pleased with Autel’s commitment to a high service level and their focus on shifting product manufacturing to be Made in the USA.

The product’s airframe comes from China, its IR/Thermal cameras from FLIR in the US, and the Sony imaging technology is from Japan. The final product is assembled with American labor in Bothell, WA.

We also source the majority of our bundle components from US manufacturers such as FoxFury, GPC, TacSwan, and others. Our software and other components are predominantly also from domestic and NATO suppliers. We’re deeply focused on shifting the product program to a Made in USA direction. We brought in outside consultants to assist us in identifying resources and processes that bring us closer to our American roots.

In addition, the Autel product can be flown without connecting to a mobile device.

We are also proud to share that our solution does not require LTE for operations. Whether intelligent flight, or manual flight, our systems function without connecting to a server inside or outside CONUS (Continental United States).

Autel isn’t the first drone operator in recent months to throw down the Made in USA gauntlet. When Parrot announced its Anafi USA model, much of its marketing emphasized its American heritage. It was the same thing when Skydio announced its new Enterprise and military-grade models.

DroneDJ spoke with Travis Waibel to gain further insight into what this move means. Here’s what he told us:

They (Autel), over the last year, have seen the importance of creating a drone solution, a commercial enterprise drones system, that is made in the USA. Their plan going forward is to have their entire fleet of products 100 per cent made in the USA.

By carrying out the majority of assembly in the US, Autel is clearly seeking to change how its EVO II is viewed by the US government. As part of that, it’s been busy on its website. References to China, other than the option of reading the site in Chinese, are difficult to find. That’s despite the fact Autel is a subsidiary of Shenzhen Daotong Intelligent Aviation. On the “About Us” and “Contact Us” pages, one would be hard-pressed to discern this is a Chinese company. Here’s a screengrab:

And here’s a grab of the Contact Us page. No mention of China.

And its shiny headquarters in Shenzhen? No mention of where this building is located:

In June of 2019, DJI announced plans that it would carry out final assembly of its drones at facilities in Los Angeles. This likely would have solved the “Made in the US” issue. In fact, there was specific mention at the time of assembling high-security drones for the US government on Chinese soil.

But there’s really been no more since then. And it appears, at least at the moment, these plans have stalled.

DJI held its annual AirWorks conference last week. And during one of the closing keynotes, the company’s top lawyer waded into the whole Made in the USA issue. Here’s how Brendan Schulman set up what he believes is a problem for more than just DJI.

There are proposals in Congress and in the White House, namely the American Security Drone Act and a draft Executive Order, that would ground drones across the whole federal government based on where they are made, or even just where their components are made. And they wouldn’t just apply to the federal government itself – they would apply to any organization that works for a federal agency, or one that accepts federal grant assistance. That means state and local fire departments, police departments that want to use drones to save lives. And it means high schools and universities that want to use drones to teach students. And it also means nonprofits that want to use drones to improve their communities. And that also means you, if you ever need to or want to fly over federally managed lands, or work for a client or partner who does government work. You’re included too in the scope of these kinds of bans.

That’s not always necessarily a bad thing, said Schulman. There could indeed be circumstances where a highly secure platform is required. But that vast majority of what drones capture – forests, animals, water, construction sites – are not geopolitically or militarily sensitive.

But the vague wording of the proposed legislation, says Schulman, fails to actually define drone cybersecurity. The proposed regulations, he concludes, are based on fear, not logic:

So let’s be clear – drone pilots who fly sensitive missions, whether that’s for government agencies or critical infrastructure operators or private companies – they deserve to have technology products that meet their security needs. But there are no standards or specific national requirements for drone technology cybersecurity, and the proposals that are based on where a drone is made are a very poor substitute. They would block a drone with rock-solid security just because it’s assembled in China – but they would give a free pass to a drone built in America even if it had security flaws. Now that’s a problem, and it’s not how we treat any other technology when it comes to cybersecurity assurance.

When speaking with Travis, we noted that 51 percent of components assembled in the US can make something ‘American made.’ But what if, buried in the other 49 percent, there are chips or embedded firmware that might raise security concerns? The existing wording, to our understanding, does not differentiate between the function of components – and that also doesn’t make a whole lot of sense.

This issue is not going to go away quickly. Certainly, President Trump has ramped up his China-bashing. So it’s possible this problem might be tackled more easily with a new administration. But there’s no guarantee of that.

Plus, it looks as though China is getting a bit fed up with Washington. Just the other day, it placed certain high-end drones on a restricted list, meaning they would not be available for export to the United States — even if it wanted them.