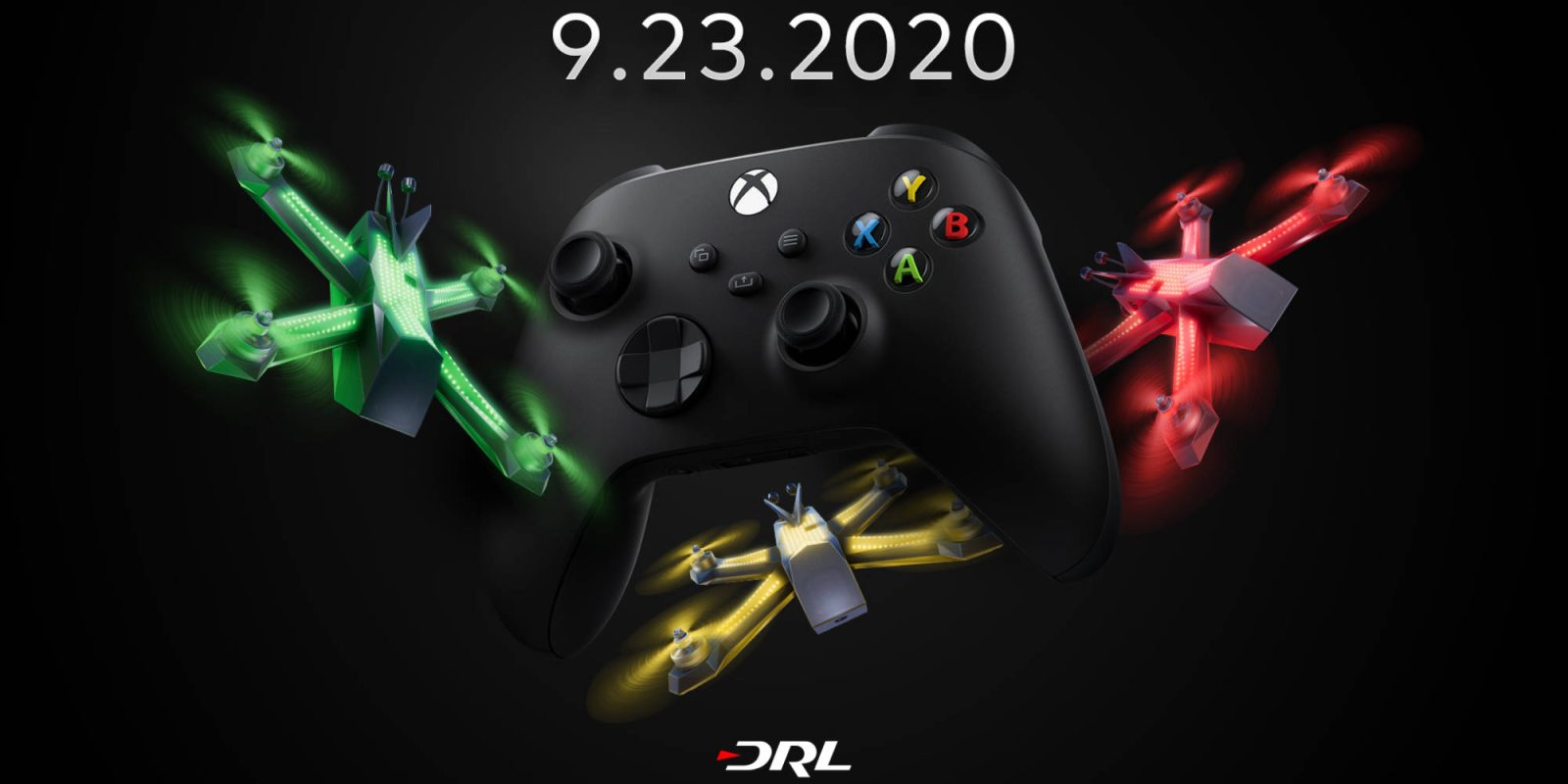 The Drone Racing League has announced on Twitter that its DRL SIM is coming to the Xbox platform at the end of this month. The DRL SIM is expected to be released on the Xbox store on September 23rd with the ability to use your existing radio controller.

Yesterday, the Drone Racing League tweeted an image with the caption, “Who’s ready to play? #xbox,” suggesting the DRL SIM will be coming to the Xbox soon. In the image, we can see an Xbox controller surrounded by racing drones, and the numbers, “9.23.2020”.

It looks like the Drone Racing League SIM will be coming to the Xbox store on t September 23rd to reach more players and introduce console gamers to the world of drone racing.

If you already have a racing drone but want to fly in the simulator for the first time, you will be able to use your existing controller, as long as it’s on the supported list, you will also need to buy a third-party adapter to connect it to the Xbox. DRL shared that a few people have been able to use Titan Two adapter to do this.

The DRL SIM is the Drone Racing League’s official drone racing and freestyle simulator. The simulator was built and improved upon over the years to get the drones flying as if they were in the real world. The team captured tracking data of drones flying around in real life to get the physics just right, along with creating a database of all the parts in the game to create over 260,000 drone combinations.

The simulator allows you to practice flying for the first time, flying in an open space as you like, or race against other people online to test your skills. You can even race for a spot in the drone racing league during the DRL SIM tryouts.