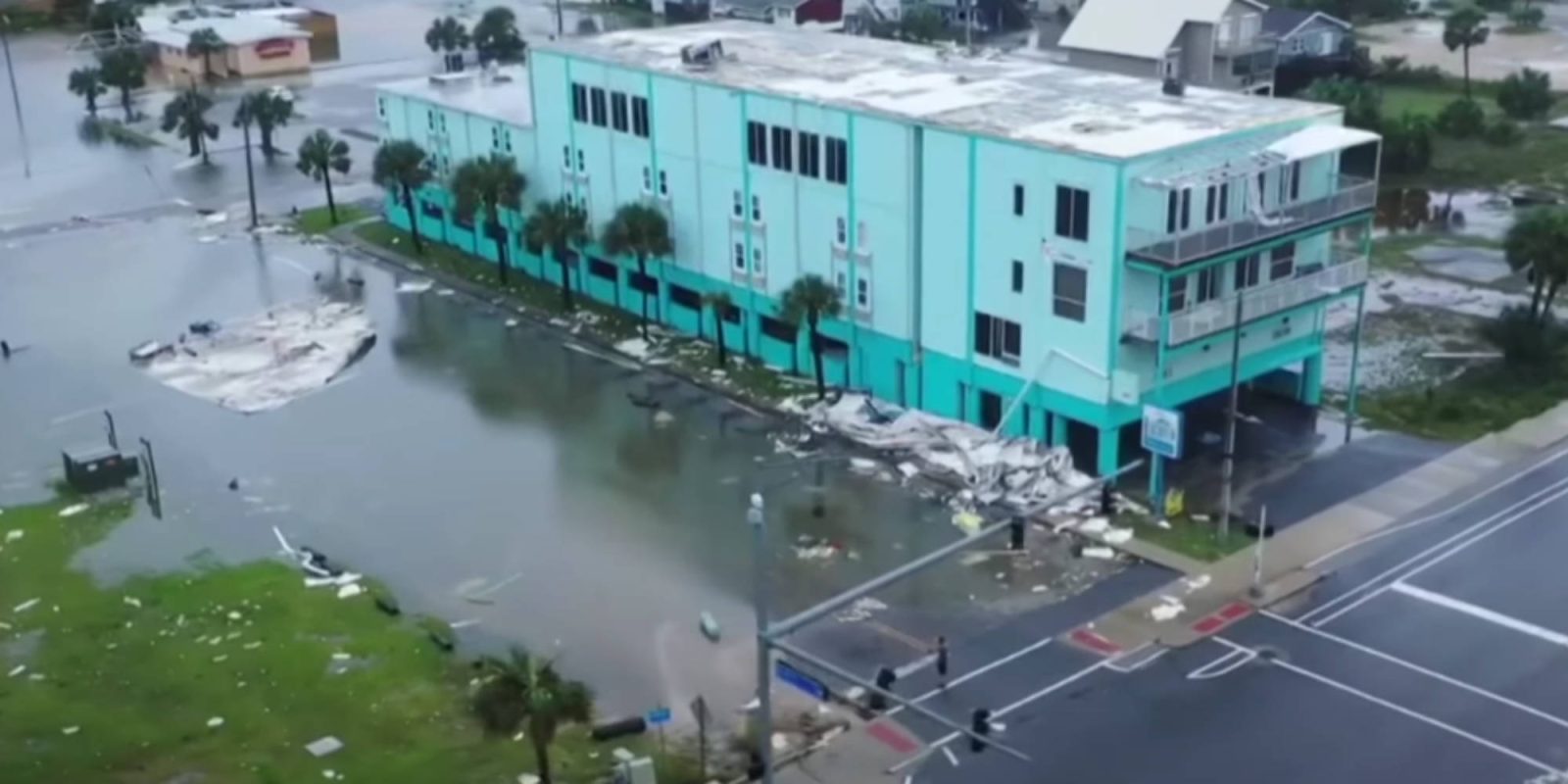 Drone footage captured in Alabama and Florida has shown the full extent of destruction caused by Hurricane Sally on September 16. Hurricane Sally hit the Gulf Coast of Alabama early Wednesday morning as a category two storm.

Hurricane Sally reached winds of 105 miles per hour, which caused major damage to many houses and stores while causing extensive flooding in many of the areas it hit. The National Hurricane Center said Sally had the potential to be “catastrophic and life-threatening.”

The hurricane took out power for 500,000 houses and businesses and is believed to have taken the life of a person in Alabama, according to Trent Johnson, a police lieutenant in Orange Beach, Alabama:

We had a body wash up, we believe it was hurricane-related, but we have no definitive proof of that right now.

Damage from Hurricane Sally will reportedly reach the $2 to $3 billion mark and caused much of the offshore oil and gas production to shut down in the area. This is on top of the damage caused by Hurricane Laura and the lessened demand of fossil fuels as a result of COVID.

Brandan FPV managed to take out his FPV drone in Pensacola, Florida, at around lunchtime of September 16 while flying in 100 mile-per-hour winds. In the video, you can see houses and yards flooding, with the ocean almost becoming one with the land.

Here is some more footage from Pensacola. In this video you can see the flood water reaching the first level of the houses as well as the damage caused with walls blown out and debris floating on the water. In one shot, we can see a boat that has sunk.

The following video was filmed in Bayou La Batre, Alabama, and shows casino barges that broke loose during the hurricane.

What was once a pier is now just a pathway to nothing. Sally managed to tear out wooden panels from a pier in Gulf State Park, Alabama, and even took out a whole section, leaving the end of it stranded.