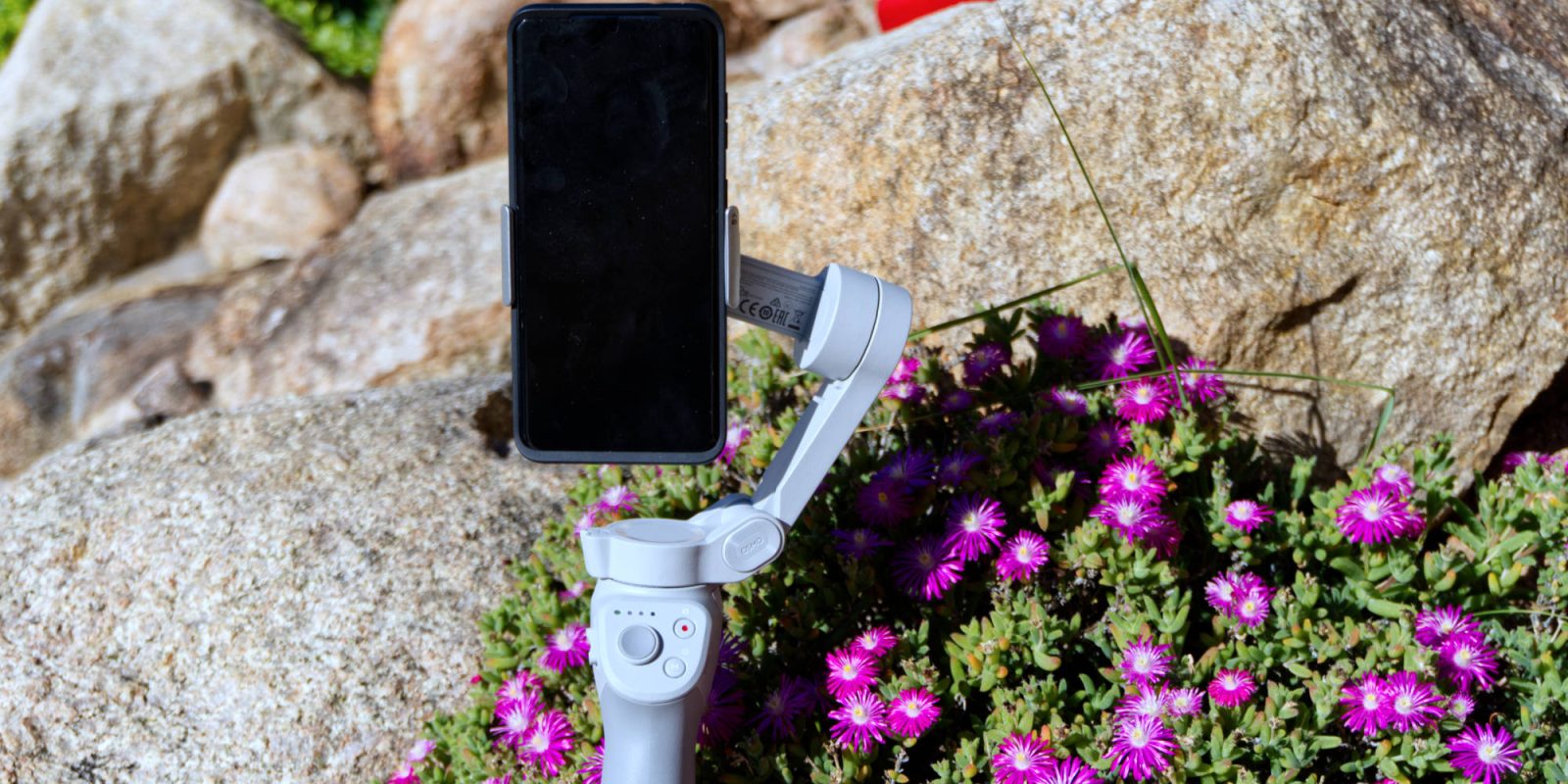 DJI released the DJI OM 4 smartphone gimbal in late August, with the big new feature being the magnetic mounting system. Let’s review it and see if the magnetic mount and other improvements are worth the $149 price tag.

The DJI OM 4 or the DJI Osmo Mobile 4 is the latest smartphone gimbal from the Chinese tech giant, DJI. The new gimbal features a magnetic quick-release mount and ActiveTrack 3.0 to keep the target in the frame. The gimbal also comes with various smart modes to make capturing the moment even easier with creative flair.

The first thing I thought when I found out you mount your phone with a magnet was it’s going to fall off. After the two weeks I had with OM 4, my phone didn’t become loose once. The magnet takes a fair amount of force to pull it off, which gave me peace of mind to go out and use the gimbal. DJI also added a notch to the mount to ensure it goes onto the gimbal the correct way along with a camera icon on the mount, so you don’t place your phone in the mount upside down.

In the box, you get two mounts, the more traditional clamp that lets you attach any phone you can fit into it. The other is an adhesive mount you stick to the back of your phone in a more permanent fashion. The caveat with this mount is that sticking it to a device with a glass back requires you to use a supplied plastic disk that presumably protects you from cracking the glass if you ever want to remove it.

For the tests, I used the built-in modes to see how they would perform. I first tested the timelapse and hyperlapse modes, which both worked great. I then tried out the hyper-zoom mode but could never get the zoom effect just right for it to smoothly zoom in, leaving it to stutter instead. I then took a look at the video mode and found that the wide-angle lens combined with the stabilization was an impressive look.

As the OM 4 is DJI’s fourth-generation stabilizer, I wanted to put it to the test, so I brought it along with me on a drive. I attached it to the car using a suction cup mount on the window and angled it up slightly. During the drive, I made sure to go on a few rough roads, but when I played the video back at normal speed, the bumps didn’t seem to be an issue for the gimbal at all. Take a look for yourself.

From what I can tell, there doesn’t seem to be any noticeable differences in the stabilization of the OM 4 compared to the Osmo Mobile 3. That doesn’t mean its bad, it’s quite the opposite. The OM 4 handled my Samsung Galaxy S20 without an issue, even with the Moment case and another third party case.

The gimbal was also able to hold the Moment anamorphic lens but it does require a set of weights to balance out the load which can be purchased from DJI or a third-party such as Moment.

Pausing for a Moment

For the review of the OM 4, Moment sent over its thin case for the Galaxy S20 and an anamorphic lens to go along with it. For this reason, some of the shots will be taken with the anamorphic lens to show you the cool effects you can get out of a smartphone camera, lens, and handheld gimbal.

Standby mode in the DJI OM 4 is activated by holding down the mode button for a few seconds. It essentially stops the motors from trying to correct the movements and makes the gimbal limp. This mode has been more useful than I ever would have thought. Often when I used the OM 4 I didn’t have the tripod with me to place it down on a table. Instead, I put it into standby mode, and the gimbal was happy sitting on the table until I picked it back up and began using it again.

The gimbal also features motor protection in case you let go of the gimbal or you move too fast or in a weird way. When the OM 4 detects something isn’t right, it will place the motors into a limp state that protects them from being damaged and saves you from having to get it repaired.

The DJI Mimo app makes the OM 4 smart with all the shooting modes built into the app. In the app, you can access all your standard shooting modes including, photo, video, panorama, timelapse, hyperlapse, and the new dynamic zoom. For some reason, the frame rate maxes out at 30 fps even if your phone is capable of 60 fps. Hopefully, this can be fixed in a future update. Something that isn’t allowed in the stock Samsung camera app is recording video via the wide-angle camera. In the Mimo app, you can!

For the battery life, I can’t straight up tell you that it lasted the advertised 15 hours. Instead, during the two weeks or so that I was using the OM 4, I didn’t have to charge it again after the initial charge to 100% on the day I received it. For a smartphone gimbal, battery life isn’t a big deal as you are likely using it for a short amount of time and will get nowhere near low battery, or you’ll likely have a battery bank nearby that you can quickly juice up with.

If you have the Osmo Mobile 3, you shouldn’t upgrade just for the new magnetic mounting system. Almost all the specs of both gimbals are the same but with a few added features here and there on the OM 4. If you don’t have a gimbal and are looking for one, I can recommend the DJI OM 4 to you. But if you aren’t fussed about the new features and the magnetic mounting system, the Osmo Mobile 3 is still a great option at a lower price.

You can pick up the new DJI OM 4 from DJI’s online store for $149, which includes the OM 4 itself, charging cable, a storage pouch, wrist strap, magnetic ring holder, magnetic phone clamp, and a tripod grip. DJI Care Refresh can also be purchased for an additional $10 and means you can get your OM 4 replaced up to two times for a fraction of the cost of a new gimbal. If you are looking in the Osmo Mobile 3’s direction, you can pick that up for $119 and includes the gimbal itself, charging cable, a storage pouch, wrist strap, and anti-slip pads for the phone clamp.

If you are wanting to purchase the Moment case and lenses for your phone, you can also pick up the OM 4 from it as well. You can get the Moment case for just $19.99 on sale for various iPhone and Samsung Galaxy models with the lenses starting at just $47.99.

Thanks to DJI and Moment for sending out the products for this review.