What is DJI Local Data Mode? Here’s how it keeps drone flights secure 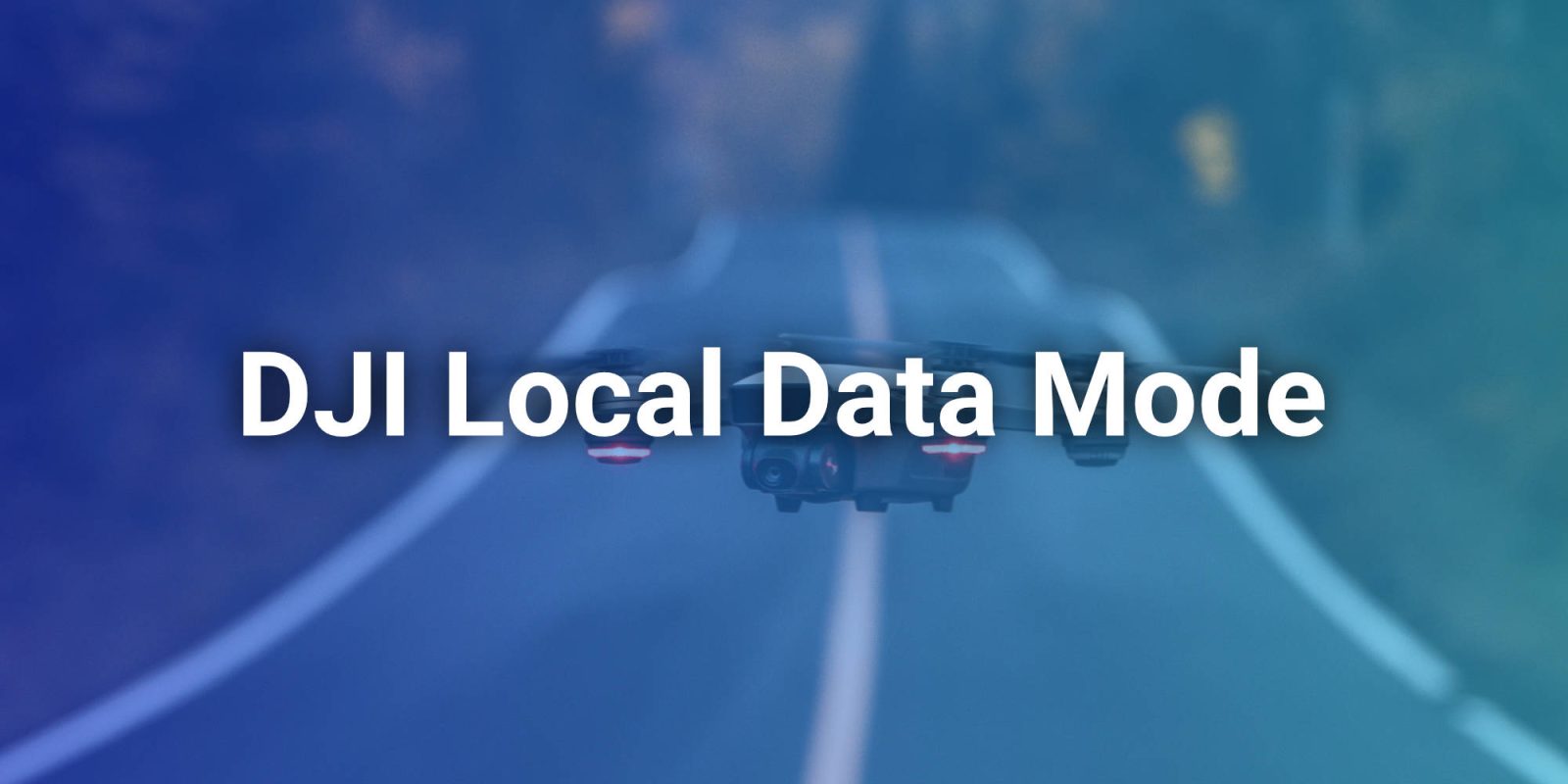 To give users more control over their privacy, DJI has introduced Local Data Mode, disabling various features to keep all your drone data on your device. With the expansion of the mode, the GO 4 app, and DJI Fly app now have the new privacy feature.

During episode two of DroneDJ’s The Buzz podcast, a privacy mode was brought up that I never knew existed. It was Local Data Mode. After looking into the mode and flying with it on, I wanted to make a post on it to get it out there to a wider audience.

The addition of this mode doesn’t mean DJI’s drones are insecure when not in Local Data Mode. But the privacy option was introduced to give users the option of shutting their drones off from the outside world.

Local Data Mode essentially works as a kill switch, blocking the app in use from sending data back and forth over the internet. This includes data being sent to DJI or third-party servers. The rest of the device and apps still remain connected to the internet.

When using DJI’s drone apps, data is often sent between the app and DJI or third-party service providers’ servers. This allows the app to check for software updates, firmware updates, and collect relevant location data, such as maps and geofencing restrictions. By turning Local Data Mode on you would lose all of the above functions but gain more control over your privacy.

If you want to keep getting relevant map data, you can choose to still have Local Data Mode active with an extra toggle to keep the maps up-to-date. This still blocks all the other data from being transferred between the app and servers but allows the map data to be transferred DJI’s mapping partner, Mapbox.

“For commercial and government customers who generate highly sensitive data and operate with rigorous data security protocols, Local Data Mode provides simple and effective operator-controlled assurance that no data from their flights will be transmitted over the internet.”

To prove to the world that Local Data Mode does exactly what it says, DJI got an independent auditor to come in and tear it down. FTI Consulting, the company behind the audit found that DJI isn’t doing anything dodgy behind the scenes. You can find the full summary here.

“FTI’s assessment confirmed that when LDM was enabled, no data that was generated by the application was sent externally to infrastructure operated by any third party, including DJI. An exception to this is when the user is operating with LDM and chooses to enable the “Map Request” feature; in this situation, FTI observed that the devices communicated with expected Mapbox4 infrastructure for the provision of maps. FTI’s assessment also confirmed that DJI employs various security best practices.”

To turn on Local Data Mode in the DJI Fly app, you open up to the main screen, click the profile button, and then hit the settings button. After that, you scroll down to the privacy tab, and Local Data Mode is at the top, hit the toggle, and manually restart the app. After you’ve hit confirm, you will be locked out of the app until you restart it.

Local Data Mode is currently not available in the app but will be in the coming months. Once the feature is added, to get to it open the app and head over to the Me tab. Once there, hit the settings button in the top right corner and click on the privacy settings tab. The Local Data Mode will likely be at the top of this page once it’s added.

If you are still flying the Inspire 1, it means you’d be using the original DJI GO app. DJI hasn’t said if the Local Data Mode will make its way into the app, but there is a chance that it could come at a later date.