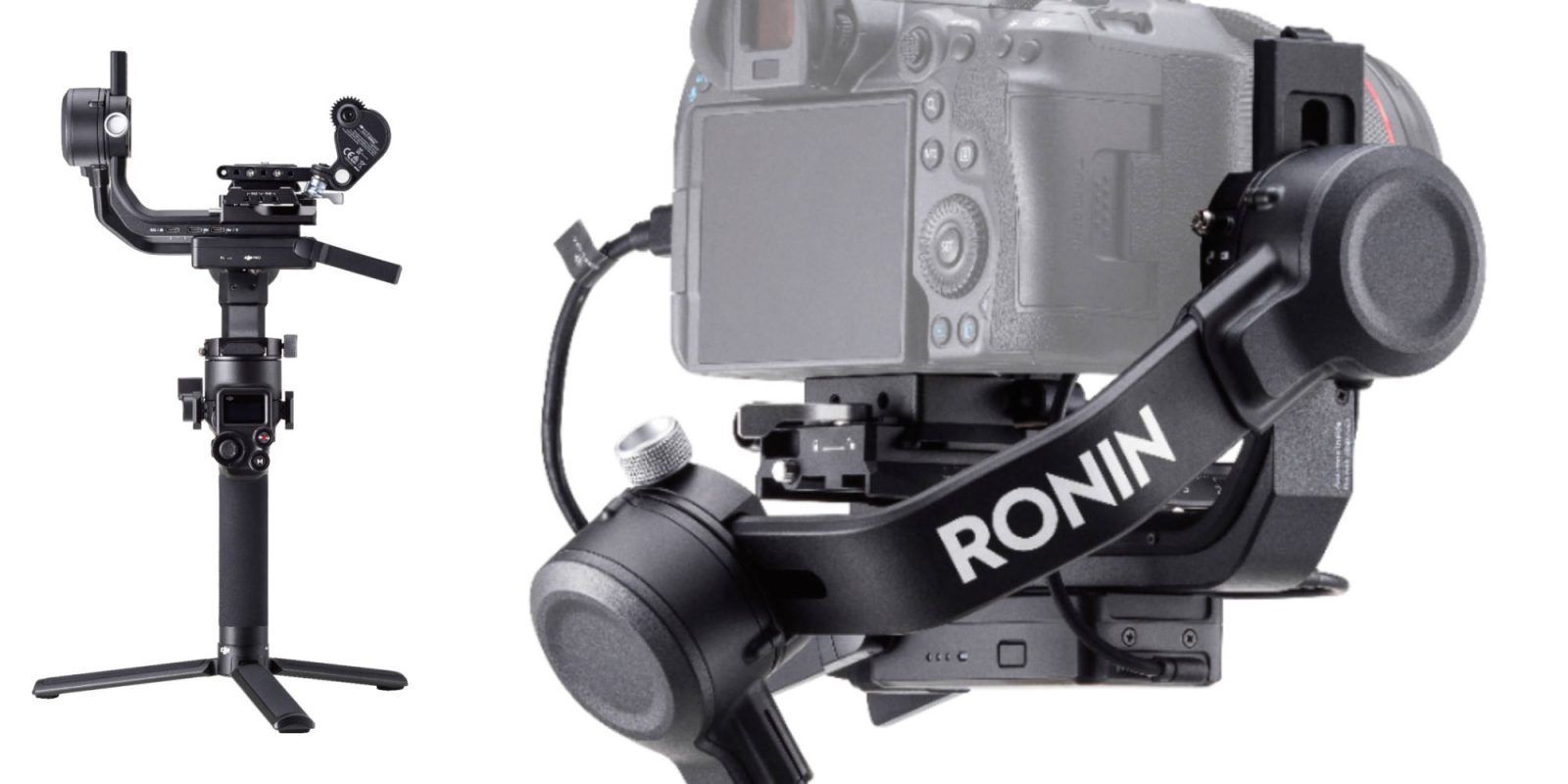 Shortly after finding the DJI RS 2 at Best Buy, we have also managed to find the smaller and cheaper DJI RSC 2 and its $429 price tag. The new gimbal features a new front-display, standard arms, three USB-C ports, and works with DJI’s focus and the RavenEye image transmission system.

UPDATE: It looks like Best Buy has realized its mistake and has taken down the product page for the DJI RSC 2.

The DJI RSC 2 features three USB-C connectors under the camera mount to allow three things to be connected at the same time. In the marketing images, we can see the camera is connected to one, with DJI Focus and the new RavenEye transmission system connected to the other. There is also a cable coming out of the camera and into the transmission module to transmit the video signal.

The DJI RSC 2 also features a new scroll wheel on the front located above the trigger-style button. This new wheel will likely be customizable via the Ronin app and will allow you to either control functions of the camera or smoothly rotate a selected axis of the gimbal.

The RSC 2 also has a new display that allows for easier control and monitoring over the gimbal. It does appear to be much smaller than the DJI RS 2’s new display, meaning it won’t display as much info and might not be a touch screen.

The price of the unreleased DJI RSC 2 will be $429, with the Pro Combo costing you $599. We don’t have an official list of what the two versions will include, but the Pro Combo likely comes with the DJI Focus and the new Ronin RavenEye image transmission system.

You can take a look at the images of both versions of the DJI RSC 2. You will notice there aren’t any other promo images like with the DJI RS 2 as its likely that Best Buy is busy filling the listing and accidentally published them before the launch.