Photographer mounts Insta360 ONE R to a superbike 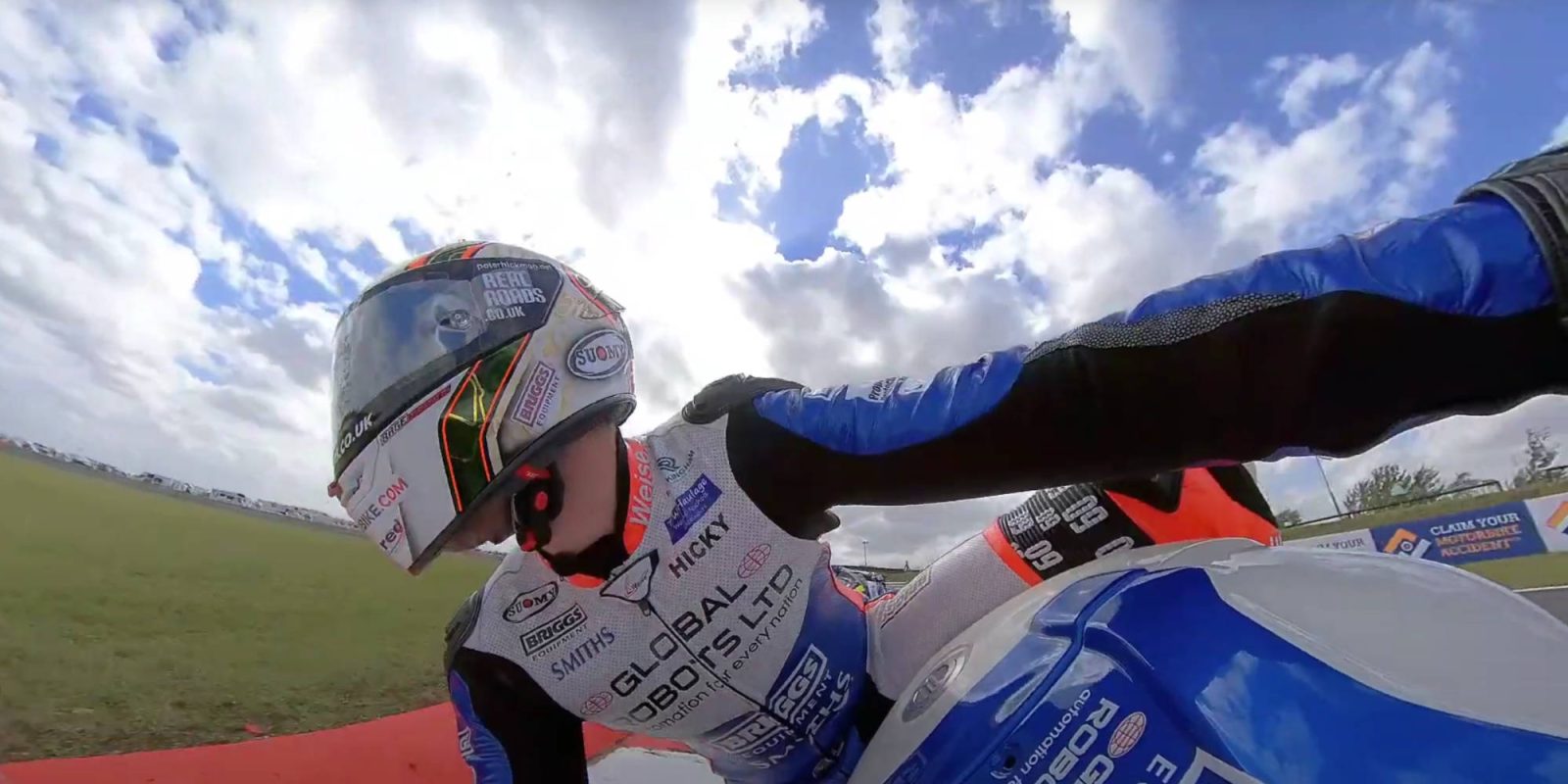 Motorsport photographer Amanda Leeming mounted an Insta360 ONE R action camera with the 360 mod onto a superbike during the British Superbike Championship. The Insta360 ONE R was mounted to Peter Hickman’s Smiths Racing BMW S1000RR superbike.

In the latest season of the British Superbike Championship, an Insta360 ONE R camera was mounted to one of the superbikes in the race, giving viewers a cool view into what it’s like to race at high speeds on a motorbike.

It isn’t the first time the Smiths Racing team has played around with cameras on its bike before as last season the Insta360 ONE X was mounted to the bike.

Leeming spoke with Digital Camera World and shared the following after using the camera on the bike for the first time.

“We did learn that the mount needs to be precisely 90 degrees below the camera. If it’s slightly off you can see the mount, which is just about visible in the video. It’s a learning curve though, and you have to think differently. We attached the camera on its side, which I was instinctively reluctant to do, but when you’re shooting 360-degree footage keeping your frame level just doesn’t matter.”

You can watch the full video below where you can see the Insta360 ONE R is, funnily enough, attached using a GoPro mount.

The ONE R was co-engineered with Leica to create the most impressive camera module of the bunch, the 1-inch module. The 1-inch module adds a 1-inch sensor to a tiny action camera package allowing for better low-light performance at 5.3K 30 fps.

Insta360 ONE R is connected via the bright red camera module at the bottom, joining the camera module and display module together. Both modules are reversible. The only issue I can see is the small size of the screen and the fact that it’s square.