Does this mean a DJI Phantom 5 is coming? We don’t think so 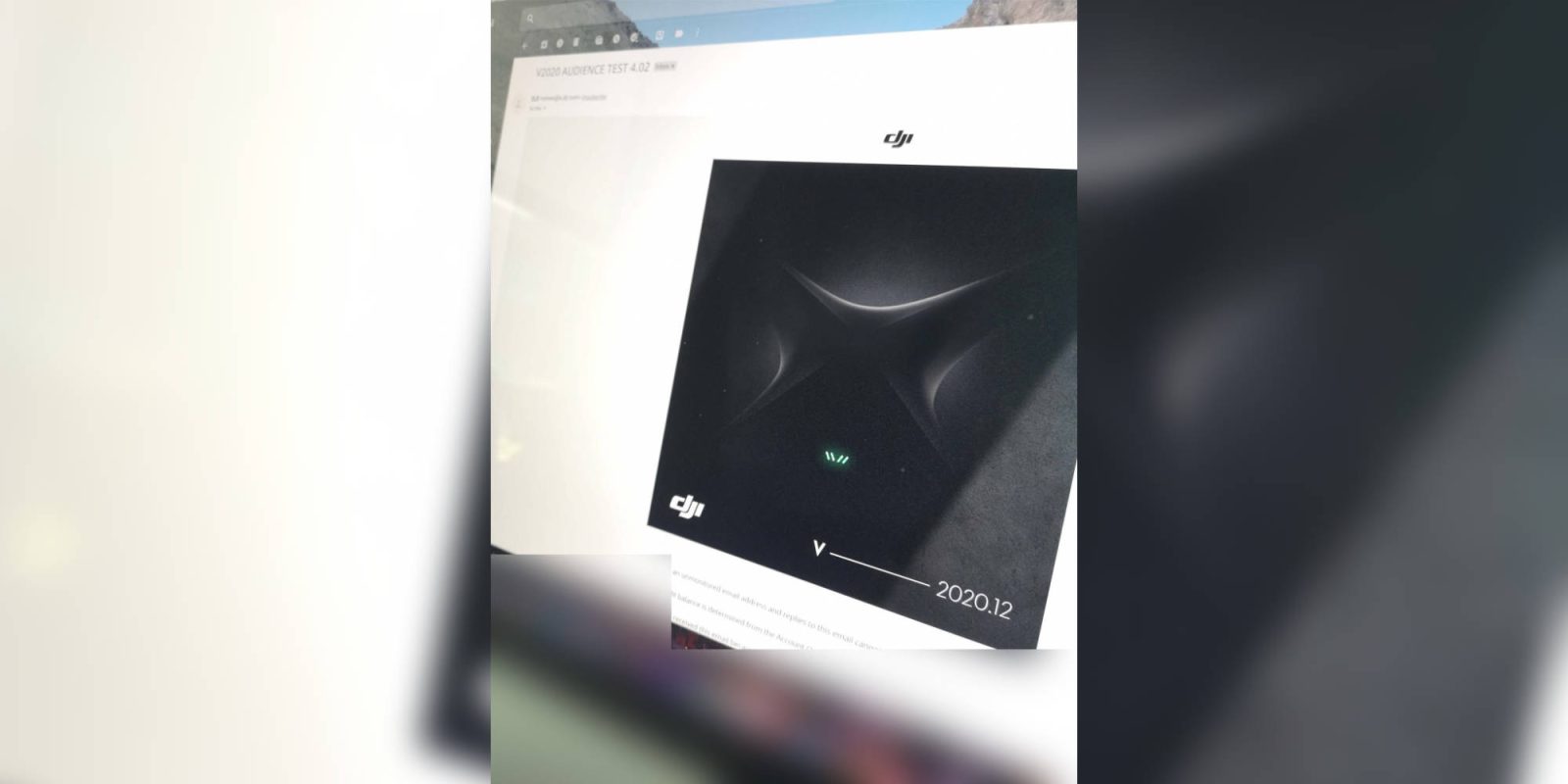 An image shared on Twitter in response to a tweet about the DJI Mavic 3 killing the Phantom 5 shows off what looks to be graphics for the Phantom 5 launch. We aren’t so sure the image is real – and have doubts that a Phantom 5 is on the way.

A known leaker on Twitter, OsitaLV tweeted about the Mavic 3 Pro possibly having a 1-inch sensor and interchangeable lenses, something many thought the Phantom 5 would have. Reading this made sense to me. DJI is turning its Mavic line into the go-to prosumer drone before stepping into Inspire territory. A foldable drone with a 1-inch sensor and removable lenses would be an amazing combination of power and portability.

Let’s look at the image

The image shared on Twitter is of an alleged DJI test email with the title “V2020 AUDIENCE TEST 4.02”. Within the body of the image, we see a subtle outline of an X shape, somewhat resembling a Phantom body and arms, with a V in the bottom center and the date 2020.12. The battery LEDs are also positioned to form a “V” when powered on.

The V, of course, could be the Roman numeral for “5”. So we’re supposed to think this could be a Phantom 5 with a release date of December 2020. Looking at the drone, it appears to have a fairly sharp edge creating the X with a rounded body. DJI’s latest drone designs have trended toward smoother lines.

I think the email is fake and the image was set up to look more realistic by showing it in Gmail and blurring out personal information at the bottom. After all, we can’t properly see the sender of the email either.

When DJI released the original Mavic Pro back in 2016, just 209 days after the Phantom 4 launch, the drone community went mad for it. The compact foldable drone with a sensor capable of 4k video and 12 MP stills. This was impressive at a time when everyone was used to the large form factor of the Phantom line and.

Why would anyone buy a drone that is larger with basically the same camera specs?

Ever since then the Mavic line came out, it has been competing with the Phantom line, resulting in lower Phantom sales and major spec bumps with the Mavic 2 Pro and Zoom, even though DJI continuously made upgrades to the Phantom 4 with a larger camera sensor and more features. This worked for a short time before people began wanting the improved specs in the Mavic line. The Phantom 4 RTK, with its Realtime Kinematic Sensors, still stands as its own product. Released in 2018, it’s still a current product.

Many people use their drones when traveling, placing them in backpacks, and not wanting to think about them when they aren’t using it. With the Phantom, you either needed a separate case or a larger back that could fit the drone. The Mavic, on the other hand, could easily fit into a normal backpack or a larger handbag. When people realized the advantage of this, they switched.

On top of the traveling, as the Mavic line has always been smaller than the Phantoms, it has been a great starting place for many people, including myself. For the majority of the people flying drones, it just didn’t make sense to get a Phantom anymore. Plus, the Phantom line has been around since 2012-2013. Just like popular TV series come to an end, the Phantom line just feels like it has run its course.

What do you think of the image and the Phantom line? Did DJI kill the Phantom off with the Mavic line? Let us know your thoughts in the comments below.