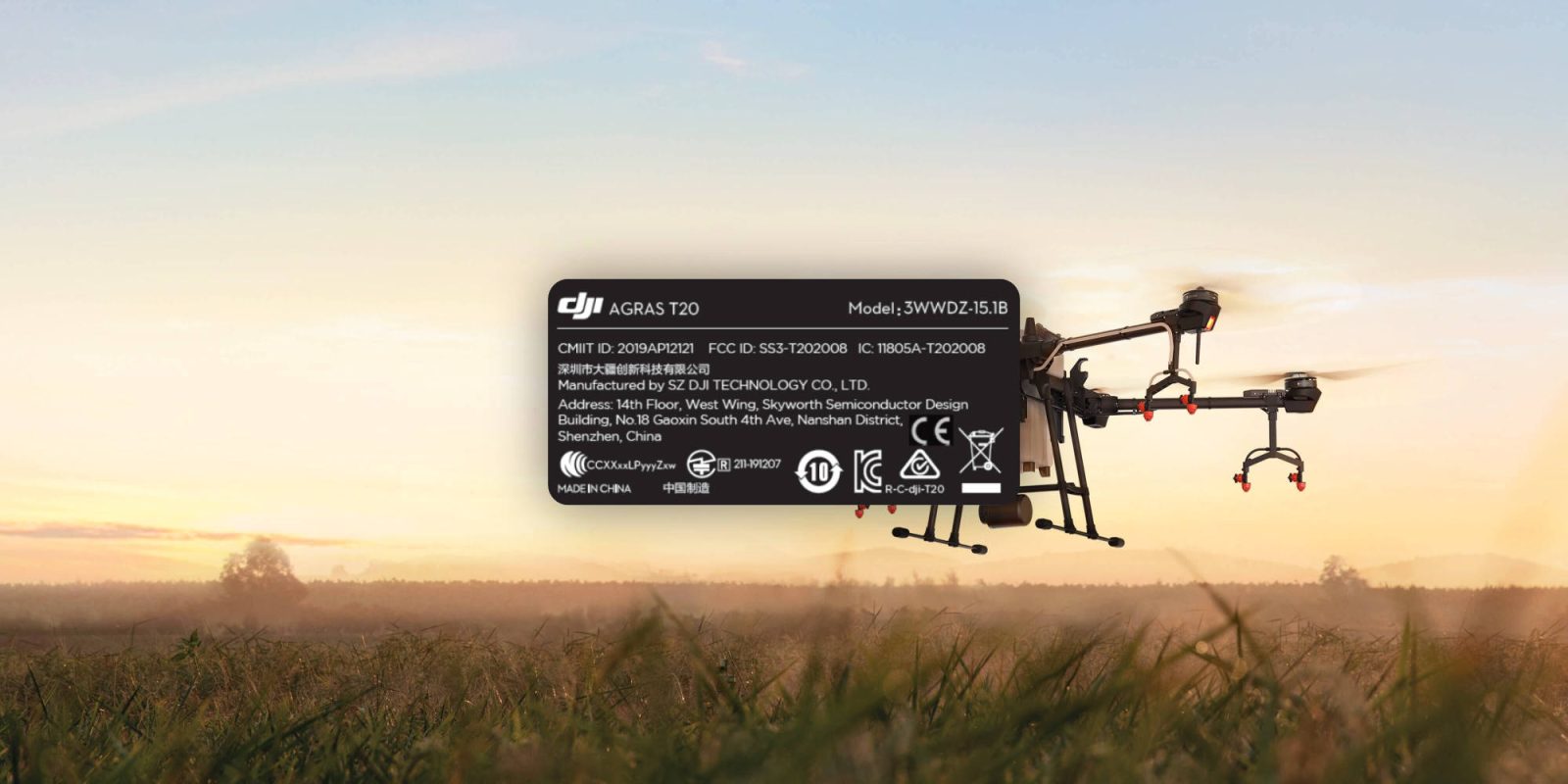 DJI’s unreleased agriculture drone, the Agras T20, has appeared on the FCC’s database late last month, suggesting its release is coming soon. From the FCC listing, we get a closer look at the regulatory label along with the location of it on the drone.

The new agriculture hit the FCC’s database late last month, hinting at possible release before the end of October. The new drone has an FCC name of AGRAS T20 and an ID of SS3-T202008.

As the Agras T16 has a 16-liter tank, there’s a high possibility the upcoming T20 could have a 20-liter tank.

DJI released the Agras T16 drone at the beginning of the year with a 16-liter tank, IP67 rating, RTK built-in, and an FPV camera, all backed by an AI engine. The Agras T16 brought many improvements with it

Looking at the label, we can’t really see any information other than the name of the upcoming drone and the model number. Looking at the label location itself, we don’t get much info either. We can see the drone has two air vents above the label with what looks to be a door just below.

What could be coming?

The new Agras T20 will obviously improve upon the previous-generation drone, but what would DJI upgrade? A big update to the drone could be the inclusion of a 360-degree obstacle avoidance system, similar to the Matrice 300’s, that will work with the radar system to make it almost impossible for the drone to crash.

The drone would also include an improved spray system that makes it even more efficient in the field. This would include a larger tank, larger spray width, improved spraying rate, and the ability to cover more land in a shorter amount of time.

Something that’s a little further off but would be great to have is a dedicated camera built in that removes the need for another drone to map out the spraying area beforehand. It would allow the user to send one drone up autonomously to map the spraying area and then to spray all in one go. DJI currently suggests the Phantom 4 RTK should map the area followed by the T16 going in and spraying.