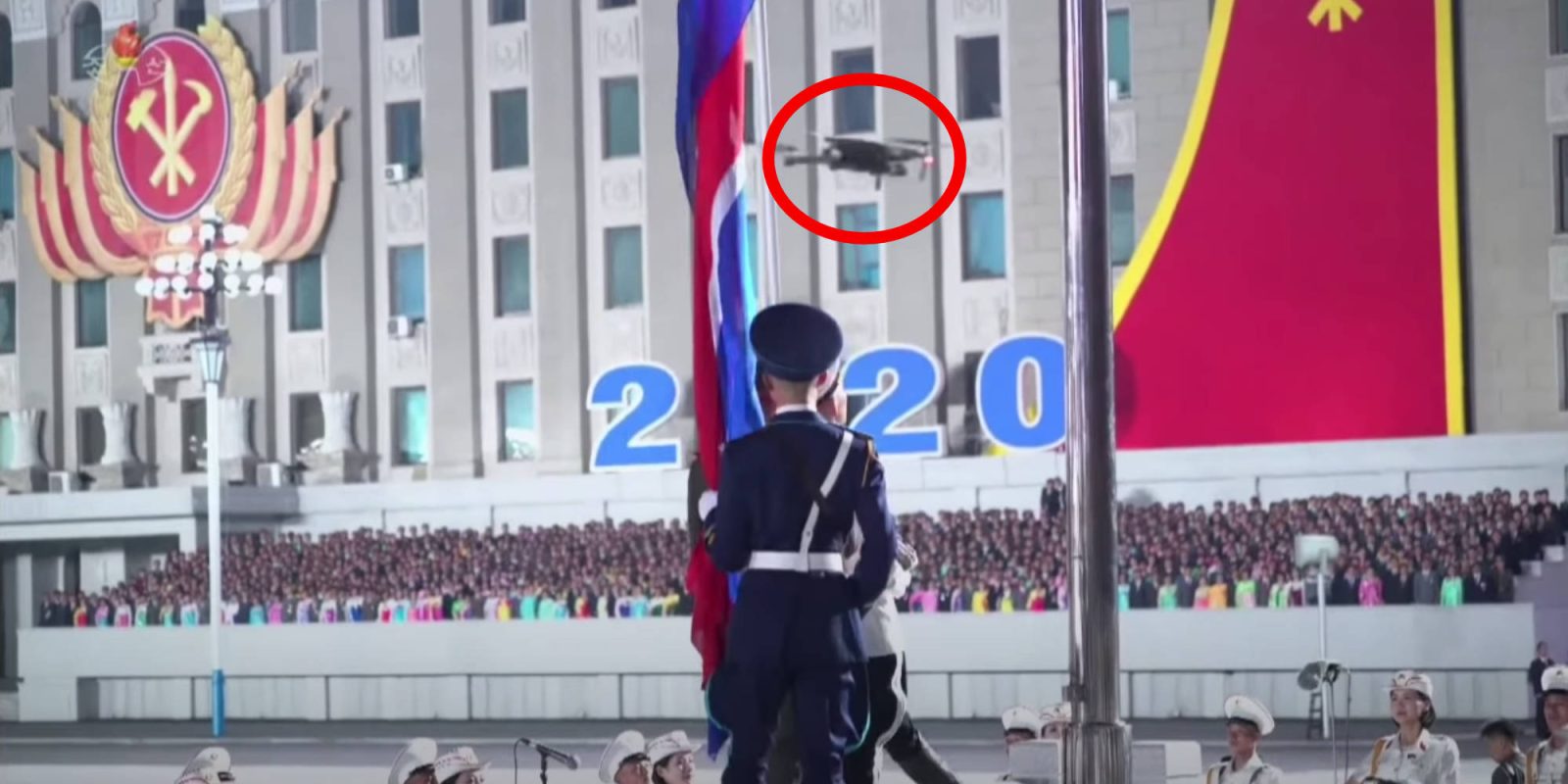 During North Korea‘s latest military parade, something odd flew in front of the camera: a DJI Mavic 2 Pro drone capturing the parade from above. The drone appears to be capturing aerial footage of the parade, but how did North Korea get its hands on it?

Looking at the video

Before we even get a glimpse of the drone passing in front of the camera we see various low-altitude aerial shots that appear to be coming from the drone.

A few seconds before the drone comes into the camera’s view, we see a shot of the flag and the surrounding soldiers carrying it, and from the angle of the video, it appears to have come from a drone, presumably the Mavic 2 Pro.

The drone looks to be used again at the 1-hour, 15-minute mark as the thousands of soldiers walk underneath it. Footage captured from the drone continues to be edited in with the rest of the ground footage over the next few minutes or so.

At 1 hour and 17 minutes, the drone once again flies in front of the camera, making it even more apparent that it’s a DJI Mavic drone of sorts. Less than a minute later we get another shot of the drone flying in front of the parade.

You can watch the video below to see all the drone shots used in the parade as well as the various times we get to see the drone in action.

How did North Korea get the drone?

North Korea is under strict sanctions that prevent many countries around the world from sending products and doing business with the nation. However, the country still manages to get products by smuggling them in via a complex route that goes through various countries.

A well-reported example of this would be the fleet of Mercedes Benzes Kim Jong Un has managed to obtain. Using the method pictured below, North Korea has been able to import more than 800 foreign cars and trucks since 2016, according to a New York Times investigation. If they can sneak a fleet of cars under the radar, they can get a Mavic into the country.