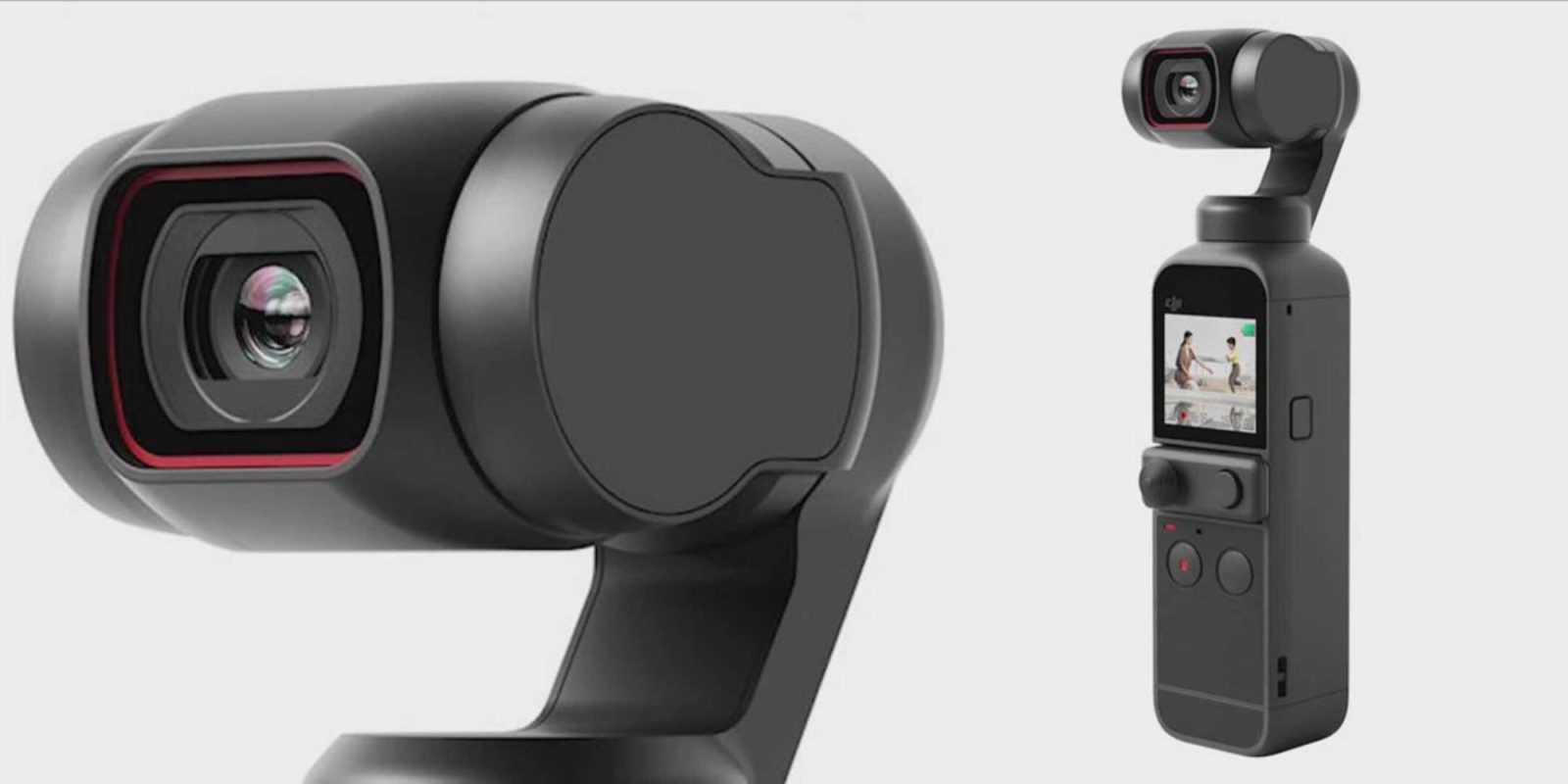 Over the last few days, we have begun seeing images of what looks to be the upcoming DJI Osmo Pocket 2 with an improved design and camera. The new DJI Pocket 2 looks to carry over the same overall design with a few changes here and there.

UPDATE: DJI has just released the Pocket 2 with an improved camera, microphone array, and a set of smart new modes. You can pick up the Pocket 2 from November 1st for just $349 from DJI’s online store and authorized retailers.

What the images show

Looking at the images, we can see the new Pocket 2 appears to come with a joystick accessory that replaces the old control wheel from the original Osmo Pocket. Along with a new joystick to easily control the gimbal, there is also an extra button, likely programmable to suit your needs.

Looking at the lens in the leaked images, it appears to be a little larger than the original Osmo Pocket’s. This could mean DJI has upgraded the camera with a larger sensor, going from the 1/2.3 inch to the 1/2 inch sensor found on the Mavic Air 2. If DJI does decide to go with a larger sensor, which would be great, it will mean a few improvements for your footage, better zoom quality, improved low-light photos, better dynamic range, and more background blur.

The design of the Pocket 2 has been changed slightly with a red accent on the camera lens itself, likely added to differentiate it from the original Osmo Pocket and an extra line near the bottom of the Pocket 2. It’s hard to see in the image, but it looks like the DJI logo has gotten a little smaller while the sharp edges have been smoothed out as well. The plastic also looks to have a much smoother finish as well.

Pocket 2 also appears to have a new lanyard attachment hole that will stop you from dropping the tiny gimbal when using it. Sticking with the side of the new gimbal, it also appears to add an on-board microphone near the top with what looks to be another customizable button.

On the other side, the Micro-SD card slot is still in the same position but looks to be joined by another microphone near the top and a possible indicator light just above the memory card slot. The display looks to be the same size as the one found on the Osmo Pocket.

The leaked images also show us what will be in the box of the upcoming Pocket 2 and tell us there will be a standard and pro package. In the standard package, you get the Pocket 2, carrying case, the new joystick module, USB-C adapters, charging cable, lanyard, and what looks to be the Do-It-All-Handle.

A few days ago, accessories for Pocket 2 became public on the FCC database, giving us a glimpse into the future. We already know the upcoming Osmo Pocket will drop the Osmo branding and be called the DJI Pocket 2 — a trend we are seeing with other new DJI products.

We also knew that there will be a base station, named the Do-It-All Handle, similar to the one for the current Osmo Pocket, which will allow you to charge it and stand it up on a table in a secure manner. The Do-It-All Handle also has a tripod mount on it, allowing you to place it on a tripod and anything else with the screw mount.

Yesterday, DJI released an announcement for an upcoming product being released on October 20. From the video DJI shared with it suggests it’s for the Pocket 2, making it the fourth gimbal-type device to be launched by the company this year.