Futuristic ambulance concept uses a drone to clear the way 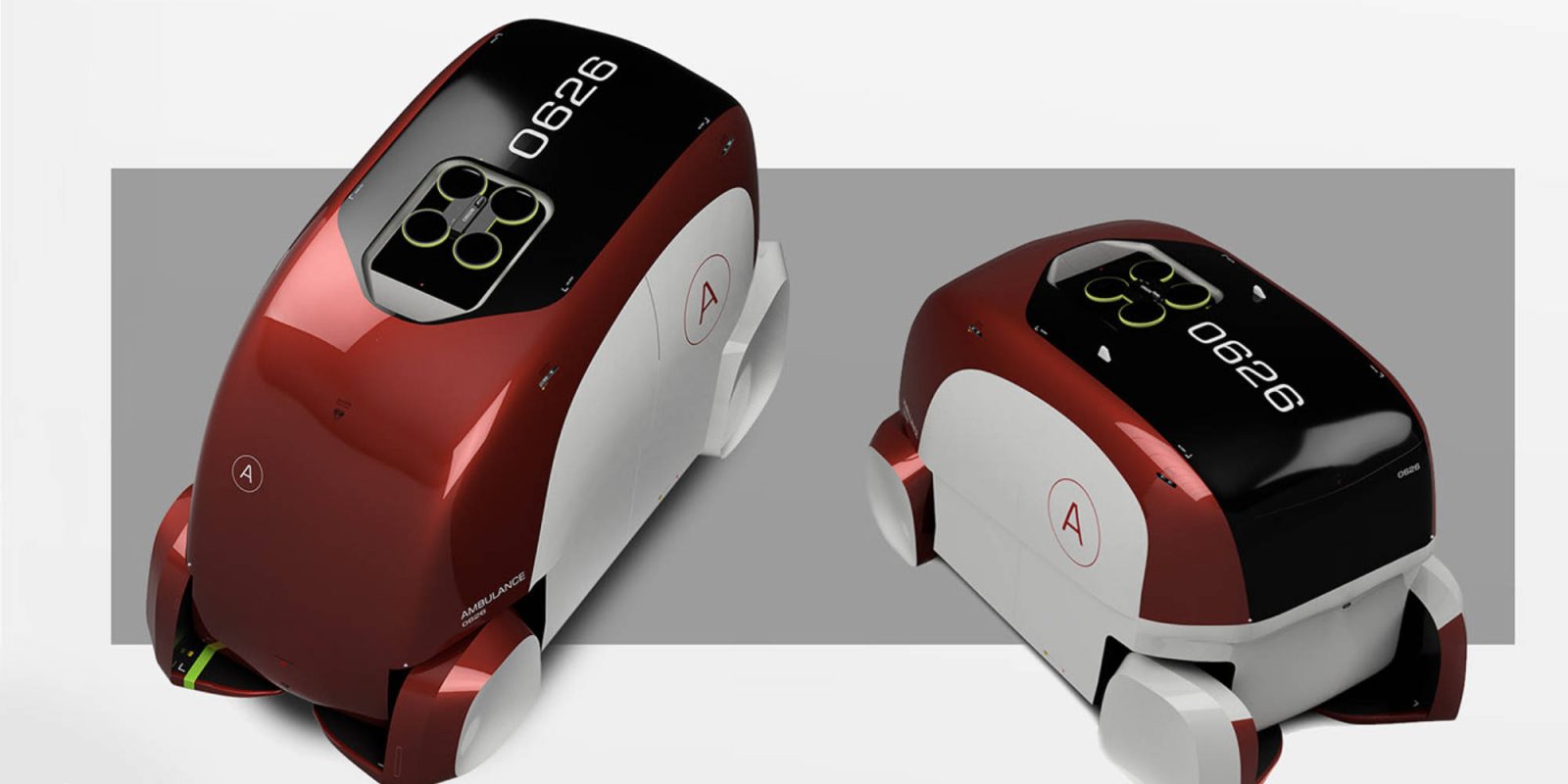 A futuristic ambulance design concept by a design duo at the Jan Matejko Academy of Fine Arts uses a drone to clear the way of anyone or thing. The ambulance forgoes the usual design for a futuristic autonomous design with a built-in drone.

The futuristic ambulance was created by Roman Ignatowski and Maja Bryniarska back in 2018 for the pair’s second-year summer semester project.

The pair wanted to create an ambulance that enhances comfort and safety for patients. The ambulance was created to seamlessly fit into busy cities and narrow streets. The drone is used to clear the path for the ambulance in traffic jams.

Ignatowski and Bryniarska found some of the problems current ambulances faced by looking over an ambulance and watched how they are dispatched. This is what they found:

The ambulance features a solar panel on the top with a compartment for the drone. It has a hydraulic suspension system that makes the ride much smoother and avoids sharp movements that could unsettle the patient. The wheels can rotate 90 degrees to maneuver better in tight spots and act as a signal for pedestrians when crossing the road.