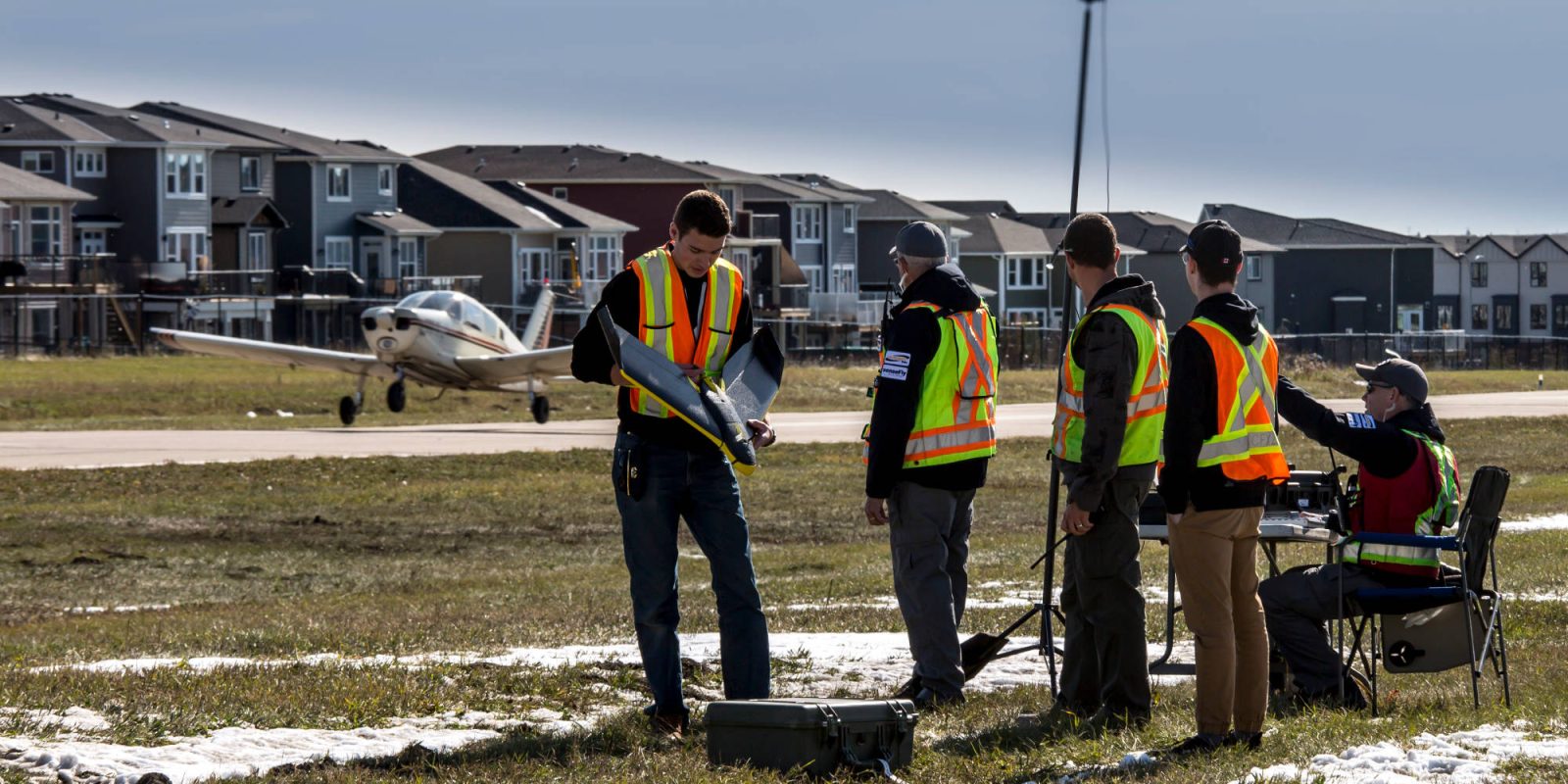 Canadian drone company IN-FLIGHT Data has relocated its offices to the Calgary-Okotoks Air Park as a part of the company’s next logical step in its evolution. The company has now moved into a 2,000 square foot office with more room for RPAS students to learn.

The new office location means it will now be sharing the skies with manned aircraft and be able to use a massive 86,000 plus square feet of outdoor training space. The students learning in the classroom will be located in a temperature-controlled hanger right on the airport’s grounds.

“That airport already has a manned aviation school that is training private and commercial pilots. The Foothills Helicopter Training Academy is also one of our neighbors. With IN•FLIGHT now on-board, we are building Canada’s first full-circle aviation training campus. This also gives us a training location where we can live stream our elite training across Canada and the world from our professional studio.”

The move into an active airfield marks the turning point for the drone industry. Drones are now seen as useful tools that can work with manned aircraft rather than just being seen as gimmicks.

“As we go into the future, the unmanned aircraft sector is going to just be growing. Whether it’s drone deliveries, drone inspections, or perhaps even passenger drones in the future. With IN•FLIGHT Data, it’s a natural evolution of the two sectors getting along, cooperating, and growing together. From my perspective, this is a perfect fit and we’re thrilled.”

IN-FLIGHT Data isn’t just an average drone company, it currently holds one Guinness World Record for the longest beyond visual line of sight (BVLOS) flight, with a drone at 414 kilometers back in 2018. The company also holds two more world records for urban and rural BVLOS drone missions.