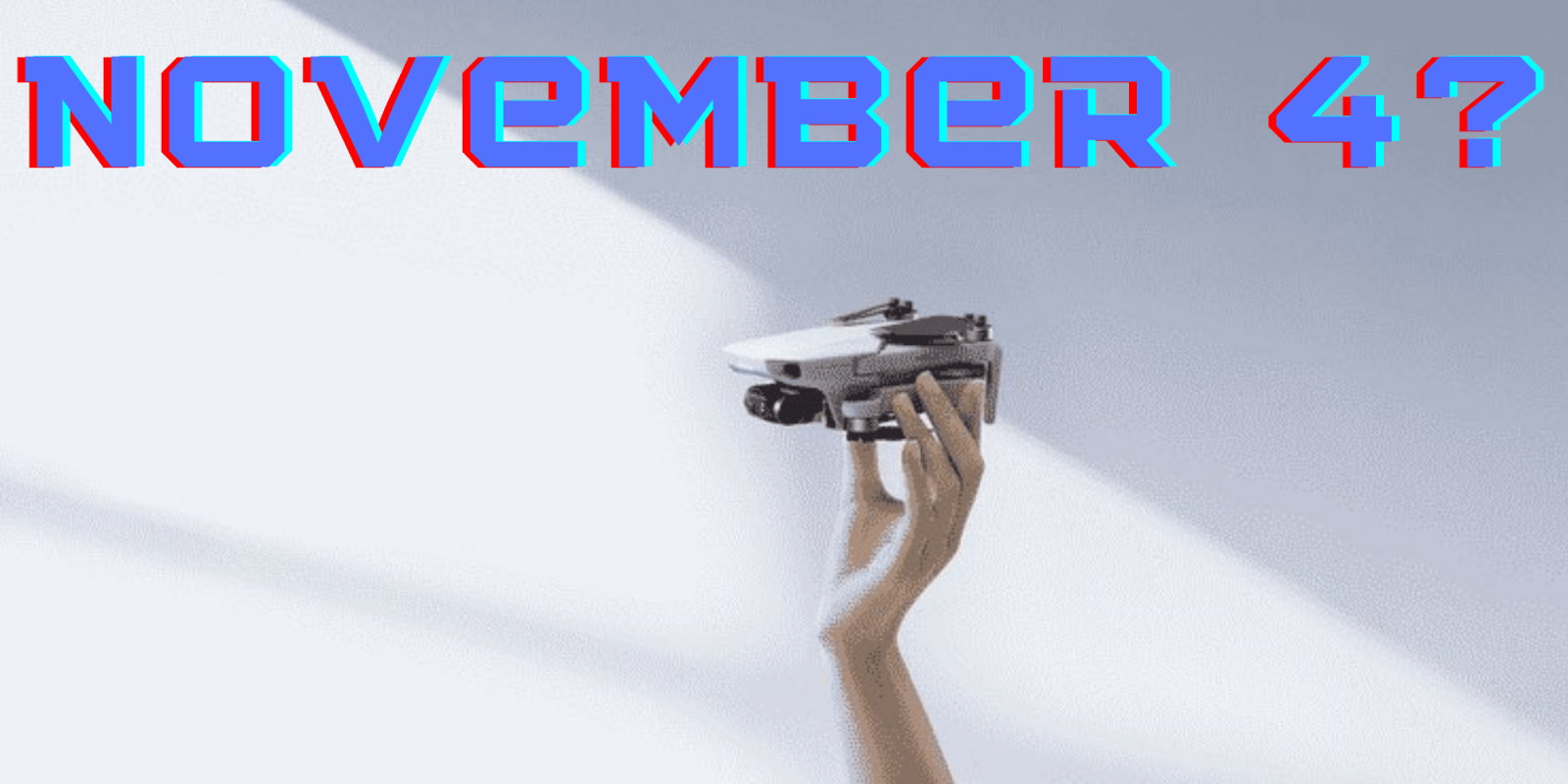 We are getting very close, it would seem, to the release of DJI’s replacement for the Mavic Mini: The Mini 2. Based on the fact that Best Buy has put the item on the floor in more than one location — along with hints from DJI staff — we’re betting next week. Specifically, based on an email we received today, November 4. There’s lots to support that.

If there was a movie franchise about the DJI Mini 2 leaks, we’d be tempted to call it The Fast and the Furious. Because now, as the launch gets closer day by day, that’s how they’re coming. This all started in earnest, of course, with a YouTube creator named Our Beatific World. He happened to stroll into a US Best Buy store and saw the Mini 2 right there in the display case. He then purchased said Mini 2 and proceeded to create an unboxing video. That was followed by a second video, with more information about the specs. The latest? A release date, along with DJI product images.

We already had a story, this one right here, where an online DJI staffer told a customer the release would come early in November. But then we got a tip: A customer had gone into another Best Buy location. And what did he see behind the glass shelving? Why this, of course:

But that’s not all.

We received a tip from a reader last night.

Kevin Kan, who took the photo above, was in a store. This is what he saw. But what really interested us was what he heard:

When I went to Best Buy they said I couldn’t buy the mini 2 until Nov 4th. I’m pretty sure all Best Buys have them in stock. I went to two of them in NJ and they were behind the frosted glass. At both locations I went to try to purchase it and when they both tried they said they legally couldn’t sell it until the street date which is Nov. 4 they said. They also had a pocket 2 out but that’s Nov 1.

When DJI releases a product, it also releases very slick images of the product. Some show the product just laid out in nice lighting as a series of static shots. Others focus on people using the product, a category known as “lifestyle” shots. These images are released to the media and retailers, usually just before a product is released.

Now, images of the product are surfacing. They are very low resolution – probably thumbnails that someone found on a site – but they’re here. Have a look, in all their low-res tantalizing glory:

Their images were brought to our attention initially by regular DJI leaker and Twitter person @OsitaLV. But it wasn’t long before we found the same images on this European website, which lists the Mini 2, but is not yet selling it and does not have a price posted:

Out with the old: Adorama

If you’re looking to score the original Mavic Mini, retailer Adorama is starting to blow out its old stock at a discount:

But really, given the feature set of the new Mini, wouldn’t you want the new version?

We thought so. Stay tuned.