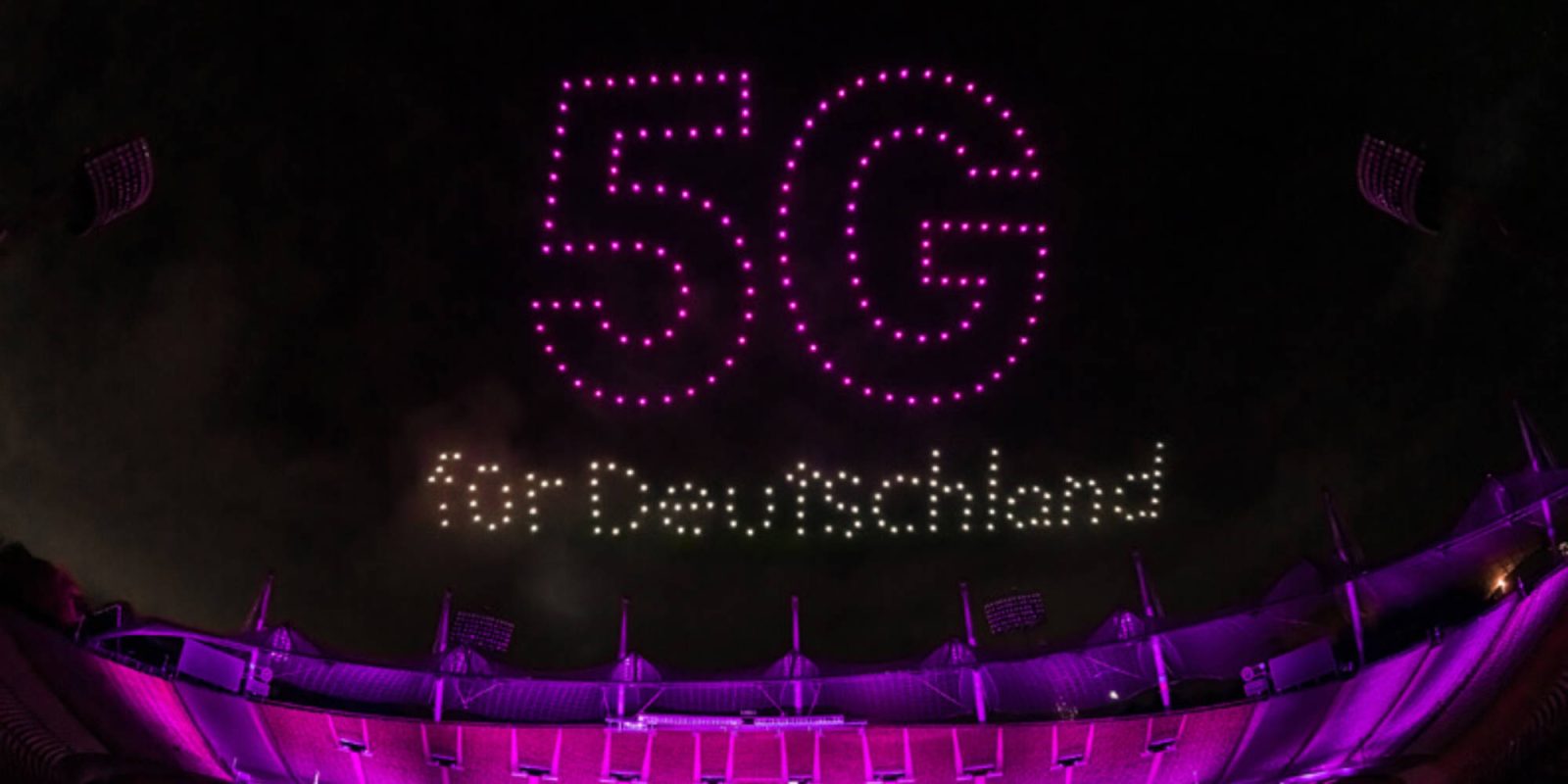 Deutsche Telekom, the owner of T-Mobile, has turned to a 300 drone light show to help launch its 5G network in Germany thanks to AO Technology. The drones were sent up over the Olympic Park in Munich last month to display some cool 5G images.

The drone light show was conducted with no audience to keep inline with COVID restrictions but was photographed and videoed for the world to see. The show was designed by Jerry Appelt of JALD (Jerry Appelt Licht Design), who is known for designing lighting setups and shows.

The show came to be after Deutsche Telekom turned to event management company DO IT!, which reached out to AO Technology to create a mesmerizing launch event.

Along with the drones lighting up the sky, the stadium also lights up in coordination to produce a more immersive experience. The AO Technology team also set the ground lighting up.

“From the go-ahead to show time was only about three weeks in total. But thanks to the great working relationship we have with DO IT!, the process was extremely smooth. Achieving a project like this in such a relatively short time is only possible with a great client, and outstanding teamwork.”

AO Technology’s drone light show is powered by hardware and software created in the U.S. by Verge Aero, known for its drone shows in collaboration with the History Channel, The Philadelphia Eagles, and AT&T, to name a few. The software side of things allowed the team to make last-minute adjustments to make the show a success.

“This quality was essential on this project. Sometimes the film crew asked for certain adjustments to help them get the perfect shots, perhaps an alteration to improve a viewing angle, for example. But there were also some major changes to the content of the visuals. The Verge Aero system is designed for exactly this kind of work, we were able to meet the client’s needs at every step.”

Below is a video of the drone light show that is being used in an ad campaign for the new 5G iPhone 12.