Is this the US Grumman RQ-180 stealth drone? 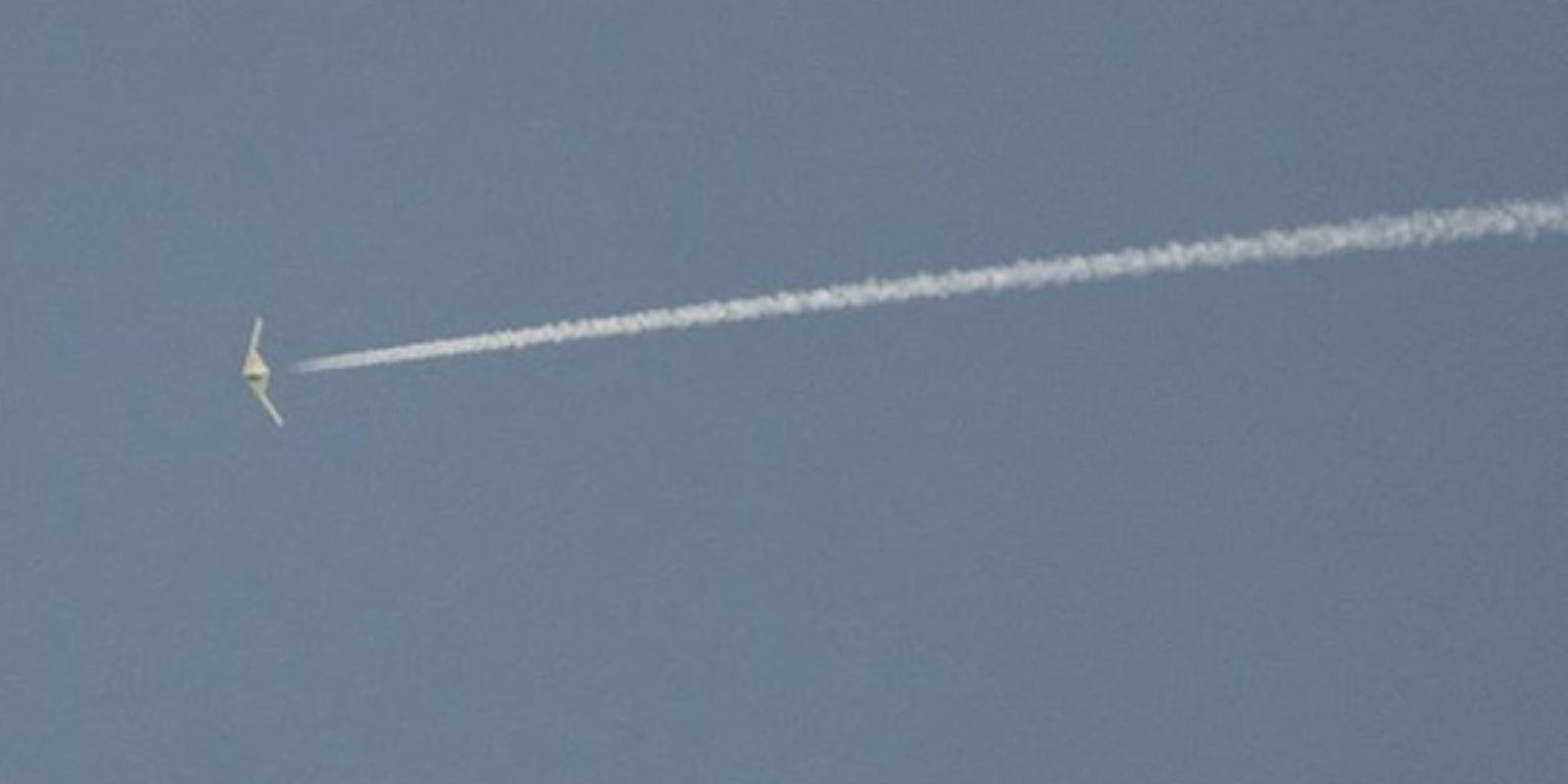 Earlier this week, a photo was posted to Instagram of what appears to be the secretive Grumman RQ-180 stealth drone flying above California, according to Aviation Week. The stealth drone has never officially been photographed or documented before, but is said to be heavily used by the US Air Force.

The drone in the photo shares a similar shape to the B-21 Raider drone, but is much lighter in color, pointing toward it being the RQ-180 drone, with Aviation Week confirming suspicions below:

A picture has surfaced showing a new aircraft generally matching Aviation Week’s understanding of the shape of what is commonly known as the RQ-180 unmanned aircraft system (UAS).

Soon after the image was shared on Instagram, it was removed and replaced with a black screen that said: “REDACTED.” Upon checking the account today, it looks like any sign of the image has been erased.

The caption of the Instagram image stated that the user wasn’t going to post the image but figured that it wouldn’t be flying above a populated area in broad daylight if the drone was classified.

There is only one known statement about the drone made unofficially by an Air Force surveillance chief at an aerospace industry event in 2014. It gives us confirmation that the drone does exist, but it is still under tight wraps. According to Forbes, the RQ-180 drone is used so much by the US that in early 2020, it was looking to remove some of its older RQ-4 Hawk drones from service.

In February, the Air Force looked into cutting various aircraft, including 17 B-1 bombers, 44 A-10 jet aircraft, 24 Global Hawks, 13 KC-135, and 16 KC-10 tankers from service. The Air Force said this cut would save them around $21 billion over the next five years, with some of the money going toward classified projects. It is unknown what will be deployed to make up for the gap created.

According to Wikipedia, the drone’s only known specs is that it has a wingspan of 130 feet and a maximum altitude of 60,000 feet, so take it with a grain of salt. Other than that, we know the RQ-180 is a replacement for the SR-17 Blackbird that was retired in 1999.

It is believed that the RQ-180 was funded by the Air Force’s classified budget and is a part of the LRS-B program, which happened to be awarded to the makers of the RQ-180 drone, Northrop Grumman. The LRS-B program will see the development of a strategic bomber with a long-range standoff weapon, the ability to deploy global missile strikes, and hit enemies with an electronic attack. The RQ-180 drone fits the electronic attack ability and is used in surveillance and reconnaissance missions.