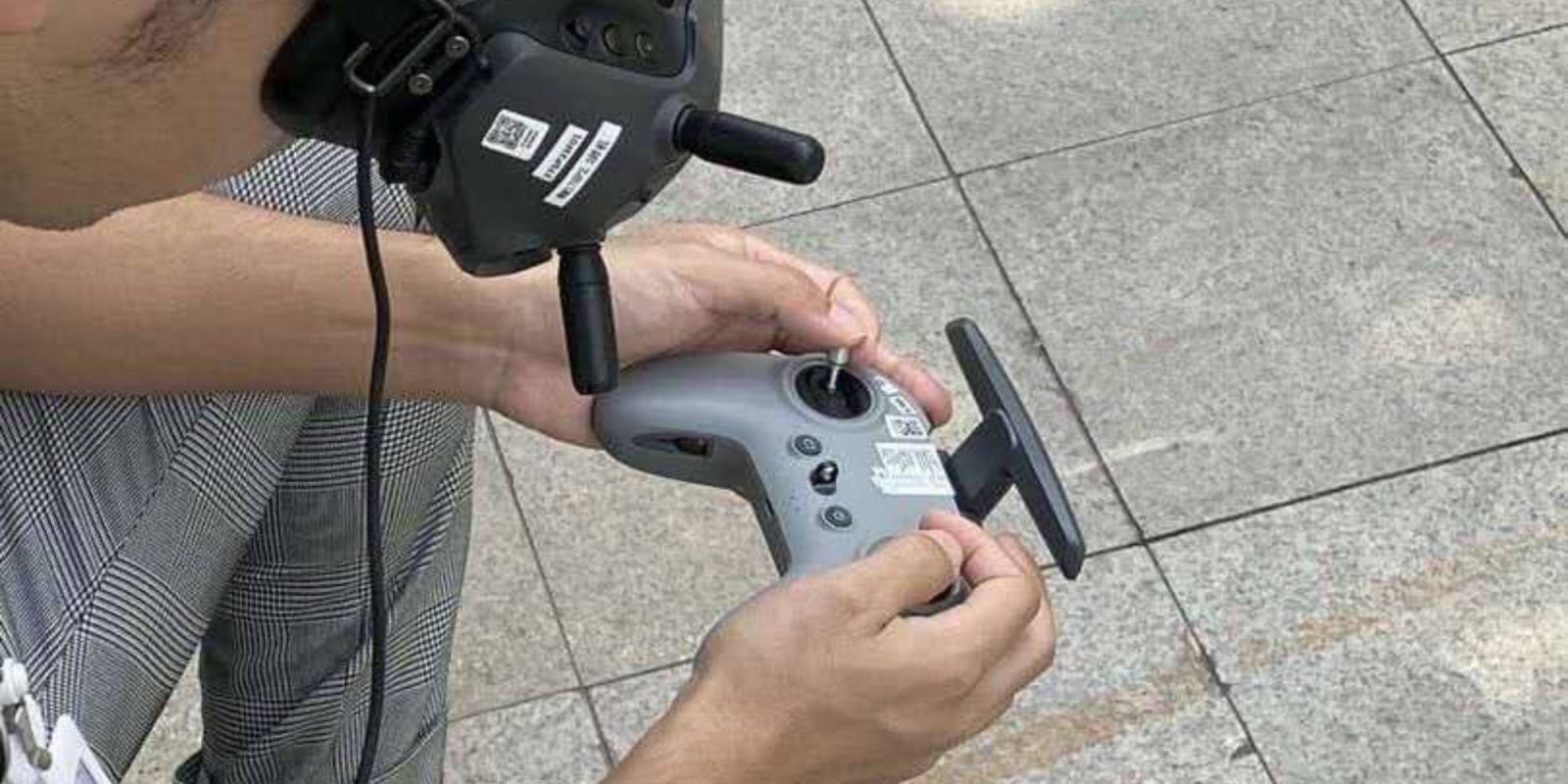 An unreleased controller appeared on Twitter, possibly for DJI’s upcoming Digital FPV drone that has yet to be announced. The controller forgoes the large bulky Phantom 4-style controller for a much smaller and sleeker design.

Once again, the image was shared on Twitter by OsitaLV. The caption is, “The future belongs to digital transmitter,” giving us a hint that he is talking about DJI’s current digital FPV system.

Taking a look at the image, we can see a guy flying a drone with DJI’s digital FPV headset and what looks to be a new DJI FPV controller. The new controller looks to have a similar design to BETAFPV’s Lite 2 controller and TBS Tango 2 controller while keeping it DJI.

On each side of the controller, we can see a space to hold the joysticks – something DJI has been doing for years – that allows you to safely store them during transport. There also looks to be a USB port that will likely be USB-C. Looking at the controller’s front, we can see the two control sticks, a lanyard hole, and what looks to be a C1 and C2 button.

Looking at this image, I see two possible options that DJI could be taking with the new controller. The first is that DJI is working on the second version of its digital FPV system. The current one has a huge Phantom 4-style controller that was likely used, as the molding was already made.

The other option – and probably more likely – is that it will launch with DJI’s upcoming FPV drone. This is the option I’m leaning toward more as it would make more sense for DJI to capture the cinematic FPV and digital FPV market as a whole, rather than just selling a product that requires third-party products to work. Plus, there does not appear to be any obvious slot for a phone or tablet. In other words, this has been made to work with the DJI FPV goggles. The “T”-shaped part of the controller is an antenna.

Both of these options could come out at the same time as well. It is highly likely that DJI is working on an improved version of its digital FPV system if it’s working on a custom FPV drone. Either way, it’s exciting to see leaks surrounding DJI’s FPV products, as the last one we saw was near the beginning of October.

What do you think of the image? Do you think DJI is working on a drone or V2 of its FPV system? Let us know your thoughts in the comments below.