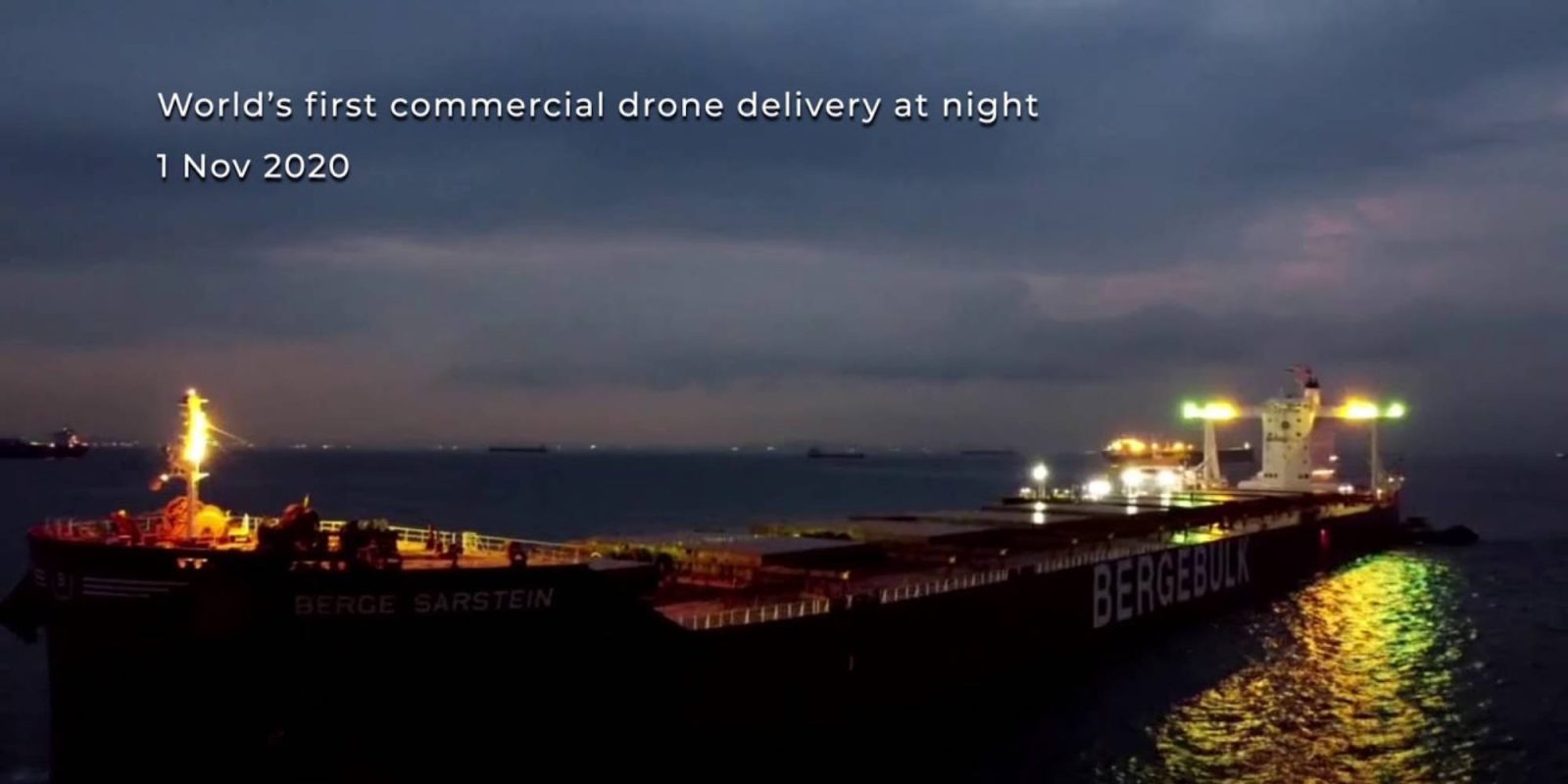 At the beginning of this month, the world’s first commercial nighttime drone delivery took place at the Port of Singapore to a nearby vessel. The drone was used to deliver a critical part to the Berge Sarstein bulk carrier about five kilometers or three miles off-shore.

The world’s first flight took off from the Port of Singapore on November 1st, soon after nightfall. The delivery was undertaken by F-drone, which builds drone platforms to make deliveries to ships and offshore platforms.

The drone was tasked with delivering the world’s first 3D printed CE-Certified Lifting Tool from Finish company Wartsila. The drone’s 5-kilometer (~ 3-mile) flight path was able to be completed within seven minutes, making it much faster than sending out a smaller boat or helicopter.

F-drones has built its own custom drone capable of delivering 100 kilograms (~220 pounds) to destinations up to 100 kilometers (~ 62 miles) away. The drone has been designed with modularity in mind to easily be adjusted to the distance and payloads requirements.

F-drones was founded in Singapore in March of 2019, with its first prototype hitting the skies in the following months. In December of 2019, the first test delivery was completed, which led the way for the company to receive its BVLOS permit back in April.

Not too long ago, F-drones launched its first commercial drone, named HyperLaunch, with the ability to deliver up to 5 kilograms (~11 pounds) up to 50 kilometers (~31 miles) away. A few months later, F-drones released its HyperLaunch Heavy drone upping the payload capacity to 100 kilograms (~220 pounds) up to a distance of 100 kilometers (~ 62 miles).

Any other customers needing nighttime deliveries can now do so by visiting the F-drones website and filling out the delivery request form. Below is a quick video of the delivery taking place in real-time.

What are your thoughts on drone deliveries? Would you trust a drone to deliver your goods? Let us know your thoughts in the comments below.