Drones: The worst thing to happen to UFOs since Orson Welles 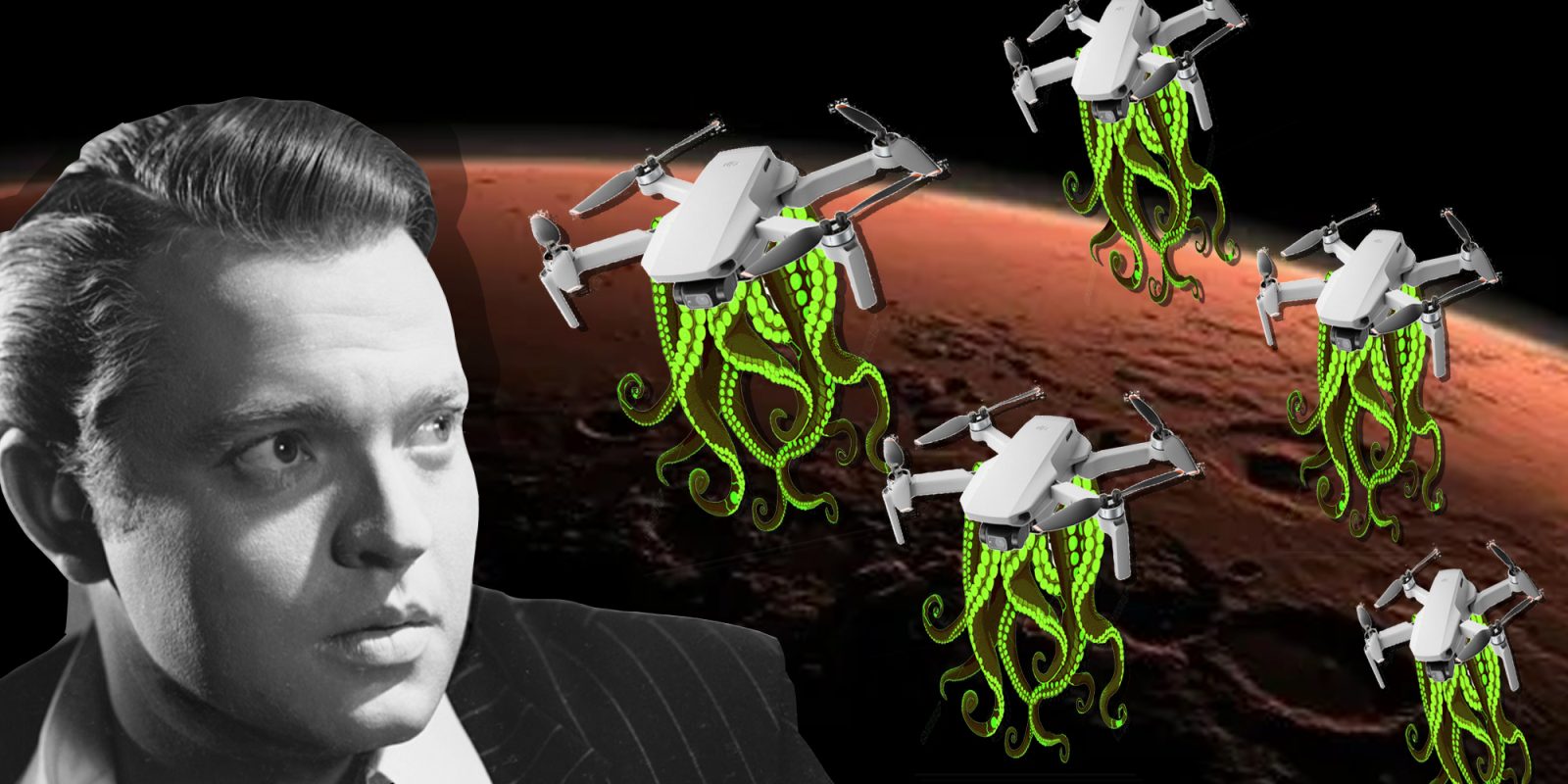 This month, mysterious lights startled some people looking to the skies in Milwaukee, Wisconsin. Readers of this website will already know there is no mystery; the UFO lights at Maier Festival Park were just drones practicing for a Christmas Pageant light show.

But there’s a long history of alarming lights in the sky and earthlings assuming it just can’t be good.

Actor/ Director Orson Welles frightened many listeners in 1938 with his Halloween prank radio broadcast of War of the Worlds. It’s controversial just how many people actually feared Martian invasion. But a lot of listeners felt silly once the hoax was revealed, and CBS fought at least one lawsuit. For years after that, the skies remained more or less clear of extraterrestrial menace.

Until 1947. That’s when pilot Kenneth Arnold says he spotted flying objects skipping like saucers over the Cascade Range near Seattle. This time there was no Orson Welles to ‘fess up. UFOs were with us and became part of the cultural landscape.

Most turn out to be sightings of the planet Venus, aircraft, oddball reflections or swamp gas. (Really? Who’s fooled by swamp gas?)

Still, there was always a tiny minority of reports that defied easy explanation.

But now the skeptic has a likely and dismissive UFO explanation at hand: It’s just a drone ma’am.

“A significant amount of UFOs that we investigate are hobby drones,” Ken Jordan told the Victoria Advocate.  He served as the Texas chief of investigations for Mutual UFO Network, an organization that investigates UFO sightings internationally. And this was last year. Since then, the factories of Shenzhen and Hong Kong have filled the skies with hundreds of thousands more identifiable flying objects. We reported on people reporting UFOs to New Jersey police — only to learn it was a police drone.

A high-flying aircraft moving at impossible speeds can be mistaken for a low-flying drone puttering along at 20 k/h. Acrobatics that seem to defy the laws of physics are now on routine display at drone airshows, no extraterrestrial technology needed.

When the New York Times published U.S. navy videos of strange objects flying off the east coast of the U.S., even the pilots had a familiar explanation.

They don’t especially look like drones, but really what else could they be?

Perhaps the mothership is parked ominously just behind the Moon and is sending its vile horde of drone-shaped legions toward our unsuspecting planet. Perhaps we should be vigilant like the character Ned Scott in The Thing from Another World:  “Keep watching the skies”