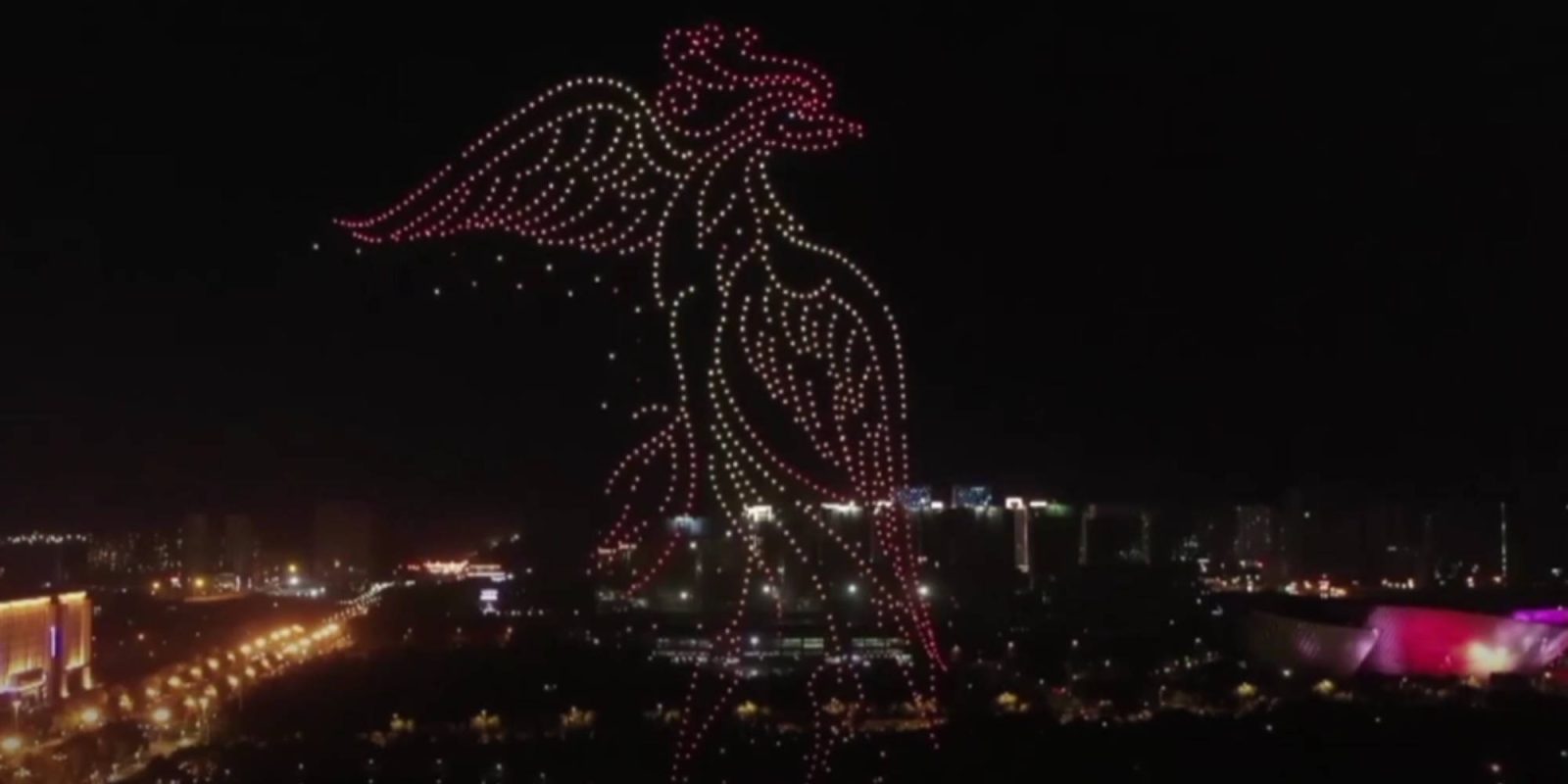 Earlier this month, 1000 drones lit up the sky over the city of Changchun in China, displaying meaningful objects and lighting up the moods of everyone.

Drones took to the sky over the city of Changchun for two nights to display various objects of significance to the city.

The drones started out in a random pattern pulsing their lights to simulate a night sky full of stars. The drones then formed into the Clivia flower, which is the city’s flower.

Next, the drones displayed what looks to be a bird of some sort and finally finished with a message in Chinese, which reads “I love Changchun.” Behind the message, you can also see the rest of the drones mimicking fireworks without the noise and smell.

The reason for the flight is unknown but likely took place to lift the spirits of the people in the city after facing lockdown and a global pandemic. Over the past few months, countries have been using drones to raise the moods of people and say thank you to the first responders.

Back in April in Philadelphia, 140 drones took the sky at a hospital to honor health workers and thank them for what they have done. China also took to the sky in April, with a 300 drone display in Zhuhai to thank the medical staff working on the frontlines. A few months later, 300 drones in Korea lit up the sky to share an important message about the pandemic.