My journey from pro to hobbyist 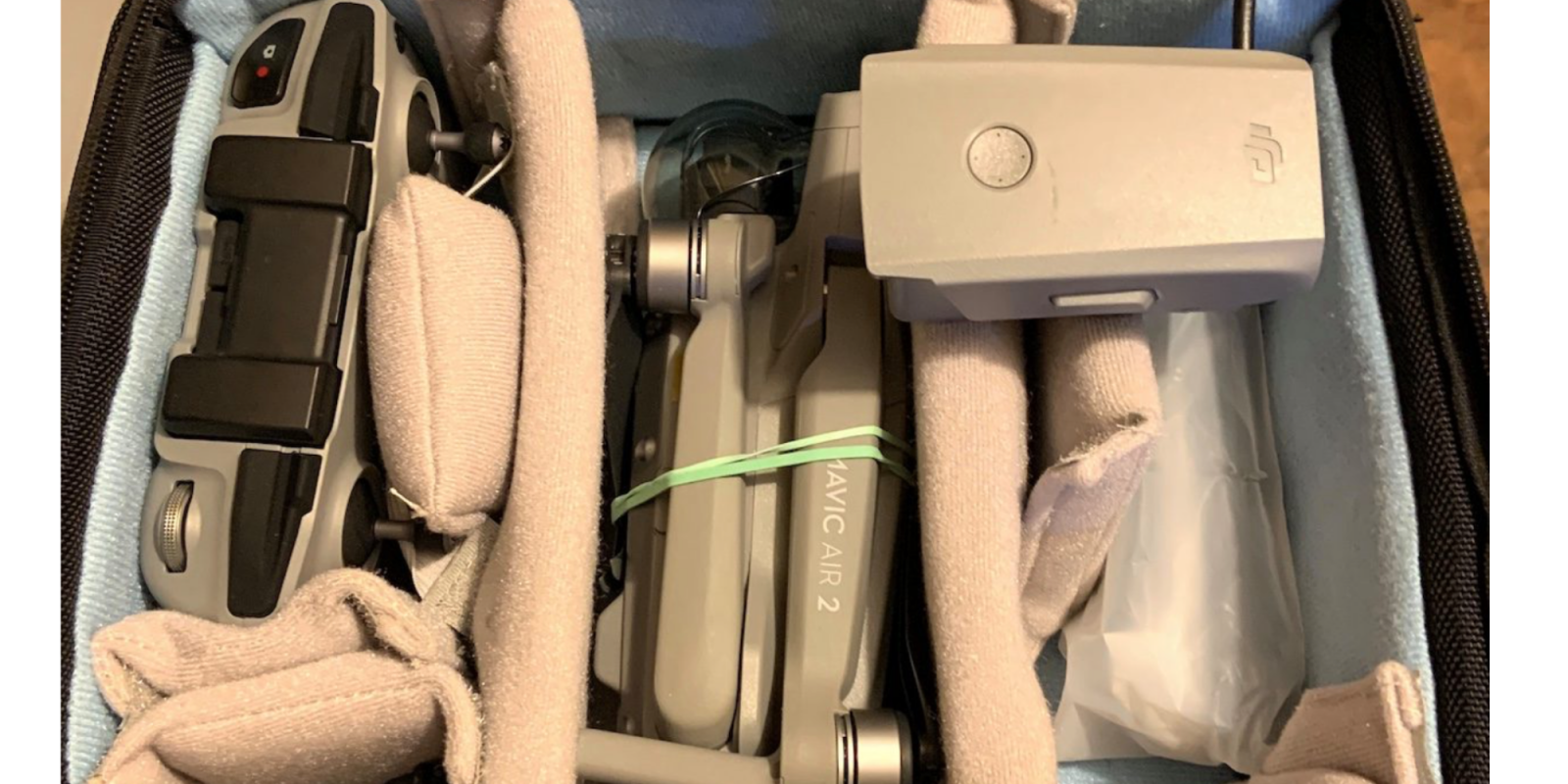 I know what you are thinking: Don’t most articles detail the exact opposite? I’d say you are correct in that more people are interested in moving up — learning more, doing more, and perhaps even making income from their drone operations. However, in a sense, my short tale is more indicative of where the average drone consumer might want to do — that is to have and use these tools on occasion in order to see the world from a different perspective and to share this work and art with others.

In 2012, I developed an interest in Drones, largely due to the great marketing of Parrot, the French Company that developed the AR Drone. While the AR never met the promises made, it did stoke the imagination of many, including myself. With a background in technology (Ham radio, CB, online since 1986, and developer of many web sites), I was uniquely positioned to see the possibilities before they actually existed. I had started a successful website in 1995 with millions of page views and was interested not only in the drones themselves but the question of “Could I start a new web site in 2013 and still be successful?”

As I embarked on this journey, I did some blogging, which might help others see how it is/was done – how to start from scratch and have decent odds of success (linked to this link).

Droneflyers.com quickly rose in popularity, and before long, I was making enough income to pay for the hobby. A year later, I was making enough to pay for my entire lifestyle (a regular salary). At that point, I decided to write a few books for Drone Beginners, and these became best sellers on Amazon and added to my reputation. Before long, I was known as a “player” in the world of Flying Cameras and was reviewing all the new models as they arrived. I attended some of the DJI launch events in NYC (Mavic and Spark) and was in the loop with journalists like Scott Simmie (Editor-in-Chief of this website) and others inside the fast-growing industry. I even studied hard and obtained my FAA Part 107 UAV Pilot Certification! I’ve never used it, but the journey (learning) was the reward.

Fast forward to 2017 — Drones had achieved and even exceeded many of the original goals. It’s hard to even imagine that, just a few years prior, we were lucky if a drone lasted for a couple of weeks without crashing or loss! Dozens of new Drone sites had been established, and in my opinion, the really fun part of the “ramp-up” was over. Drones had become a consumer product.

I decided to transfer my site to the nice people at Dronelife, who have continued to keep it running. You can even find PDF’s of some of my (dated) books here. I sold almost all of my Drone equipment except for a DJI Spark, which saw very little use. My drone journalist/expert days were over.

Getting back into it

Although I still had my Spark and an Osmo Mobile, I rarely used them. I did make one bike tour of a neighborhood in Sarasota and a couple drone photos of family, as well as a video on the Legacy Trail, a bike path in Florida — but the equipment largely sat gathering dust until the new Mavic Air 2 caught my eye.

Since the original Mavic had been my favorite everyday piece of drone gear, it was an easy decision to sell the Spark and try the Mavic Air 2. But what would I use it for? As with most artists and photographers, I get most excited about seeing others sharing and appreciating my work. In addition, with the ongoing pandemic, I have time to “go local” and perhaps come up with some pics and videos the likes of which do not exist yet. Here is my current kit, consisting of the Mavic Air 2, two batteries (plenty!), and the Osmo Mobile (2). 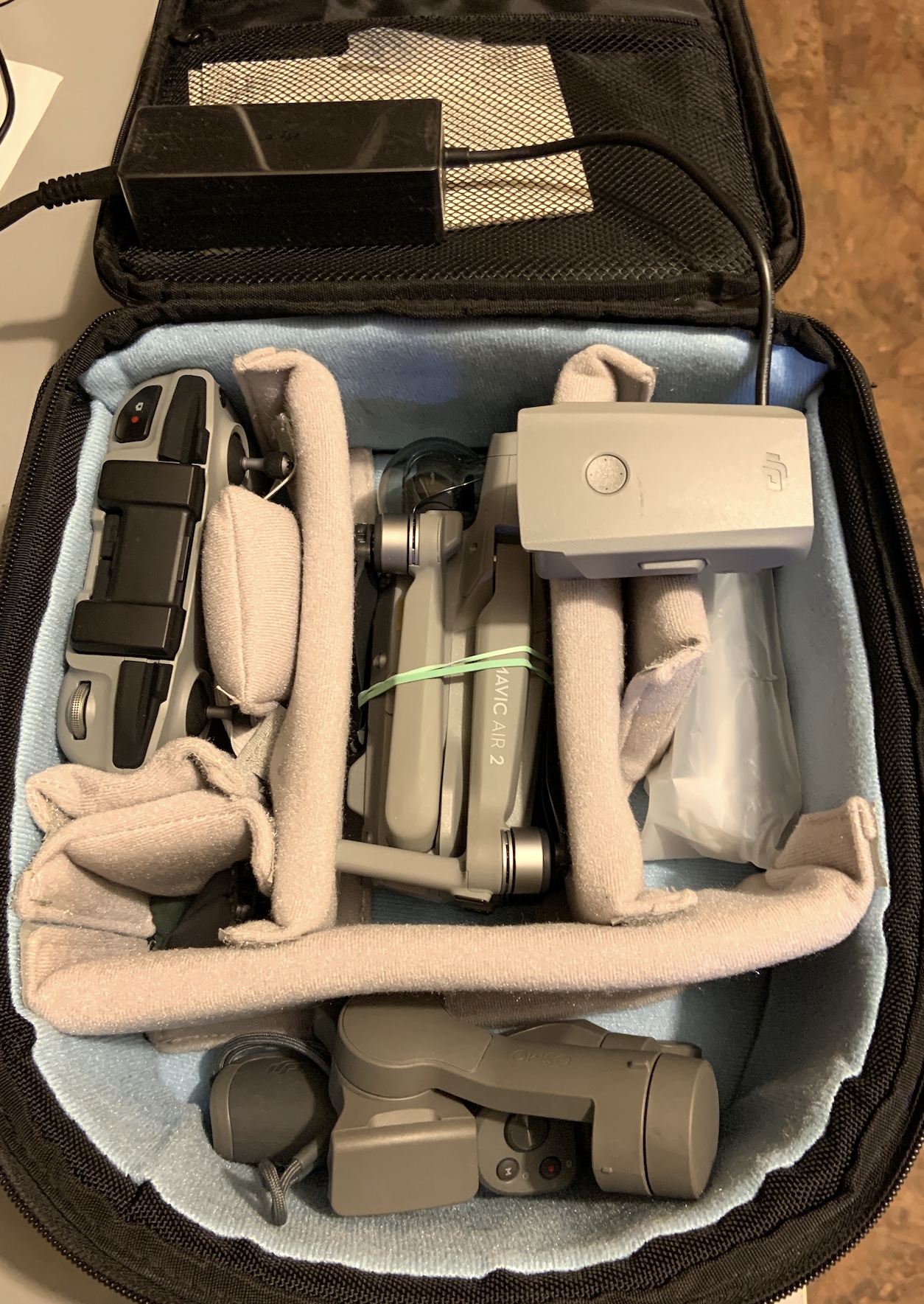 Deciding on a subject – our town!

It’s always a good idea to photograph views and tell stories that have never been told before. This is exactly what I envisioned for a small pandemic project that might be of interest to some. Our small town in Western Mass. is quite scenic, and it’s never been documented in a video or even in a series of pictures. Being as I am not an official amateur, I didn’t even make a shot list or script. Rather, I had the idea of showing as much as I could about the town from both aerial and ground-based shots. I gathered up plenty of footage and also dug around in my photo and video collection for any suitable shots that might add to the final product. I shot most of the footage in 4K, but I decided to downsize the final video to 1080p — more than good enough for the intended audience and purpose. The result is below:

In addition to this video, I also have many still shots and video clips that may come in handy in the future for other local videos. I didn’t concern myself with details like transitions and perfection of color matching — after all, the idea here was to use the drone as a consumer, which meant spending as little time as possible on all aspects of post-processing.

As discussed earlier, sharing and inspiring others is often the hope of photographers and videographers. It’s a labor of love for me — but what does my audience think? A section near the end of this article will deal more with marketing and sharing; however, the initial audience reaction to my video was really uplifting — maybe especially do due to the pandemic. Here are a few comments I have received (edited to shorten).

As you can see, the video seems to be serving its intended purpose. Between YouTube and Facebook and a couple of other uploads I have done, it has already been viewed in excess of 1,000 times — not bad for something so local.

I have also taken some footage of a unique rock garden/sanctuary nearby, as well as some still drone shots that I will add to my collection(s) and use in various ways (see the marketing section that follows). A very short clip of one feature of the Rock Garden is below (again, you can see that these types of videos are unique).

One of the nicer still shots I took is below. I actually used the Pano mode of the Mavic Air 2 for this shot and then cropped it to get just the view, which I thought looked best. It also has been a very popular photo online.

To summarize an old Zen saying, if you take some video or still and no one sees them…well, do they really exist? We can be sure that fewer people are able to enjoy the fruits of your labors. Following are some ideas to promote your work — often to tens of thousands or even millions of viewers!

When it comes to most videos, the tried and true methods are first in line. YouTube is the best place to upload your videos, but you still have to promote and link to them in order to get maximum viewership. If your focus is local, Nextdoor (a neighbor site) is a great place to share. You may want to use Facebook in multiple ways: to post on your own timeline and also to local or other pages that might relate to your subject matter. Be sure to allow sharing of your posts! Don’t be bashful…it’s OK to ask your friends and family to share the video. Another hint is to upload a version of your video to Facebook in addition to the YouTube link. Since most people use Facebook on relatively small screens, a 720P version is fine for this use.

You can share still pictures in much the same way, but becoming a contributor to Google Local Guides allows you to address a vastly larger audience. This screenshot of my contribution page shows a single photo that has received almost 40,000 views. All in all, the 140 photos I have added received almost 3 million views!

Although it is outside the scope of this article to fully explain Local Guides, the basics are as follows:

The Mavic Air 2 and the hand-held Osmo have become part of my collection. Their relatively low cost allows me to pursue the hobby without going broke or needing to buy the latest and the greatest. Based on my former Mavic, I expect this model to last for many years and provide both myself and the public with unique views that can be appreciated.