How to connect DJI Mini 2, Mavic Air 2 to the same controller 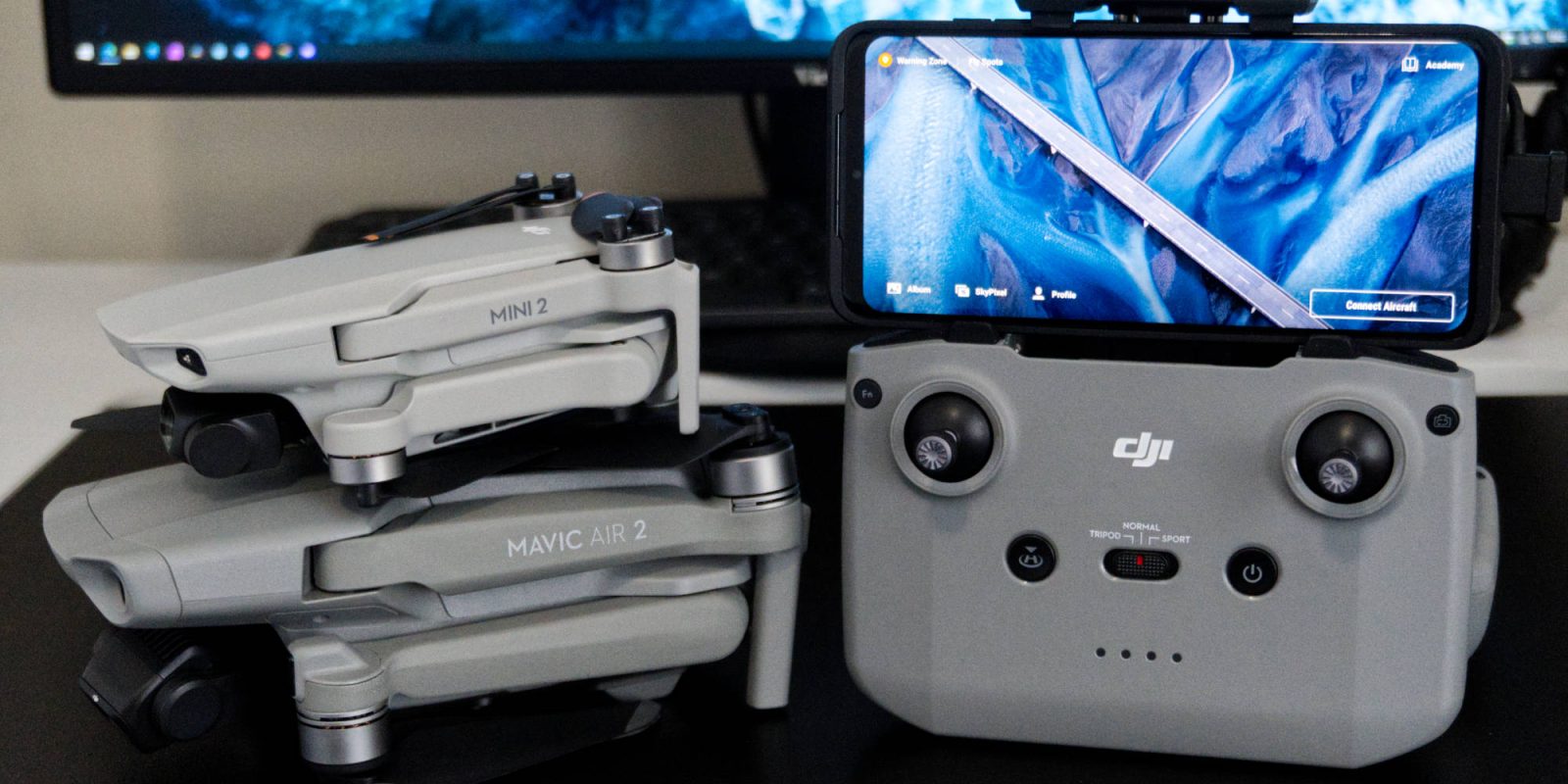 A recent update to the DJI Mini 2 and Mavic Air 2’s controller has allowed it to be used with both drones. Let’s take a look at how to do it and something cool I found while testing the process for this post and attached video.

Not too long after DJI released the DJI Mini 2, it sent out an update to the controllers for it and the Mavic Air 2, allowing them to be used with one controller. This means you no longer have to travel with multiple controllers to get in the air.

I am using the DJI Mavic Air 2‘s controller for this tutorial and connecting it to the Mini 2. This process is basically the same if you want to connect the Mavic Air 2 to the controller, just with a different drone.

To get started, turn on the controller like you normally would, connect it to your mobile device, and open the DJI Fly app. Once you in the app, hit the connect aircraft button and select Mini 2 from the list. Once on the Mini 2 connection screen, hit the camera view button in the top right corner.

Now that you’re on the screen, you usually would be to fly the drone, hit the three dots in the top right corner, and hit the control tab. Scroll down to the bottom of the page, and you will see a re-pair button. Leave the app open on this and turn your attention to the DJI Mini 2.

Power on the Mini 2 like you normally would and wait for the LED light to start flashing yellow. Once it is, hold down the power button for four seconds until you hear a beep coming from the drone. Now go back to the DJI Fly app and hit the re-pair button. Within a few seconds, the drone and the controller will now be connected. You can verify this by seeing the camera feed show up in the app.

Doing this unpairs the previously connected drone from the controller. To repair it, you have to follow the above steps. However, I don’t think this is the end game for DJI’s drone and controller pairing. Read below…

Before recording the process, I was playing around to see how exactly it would work. While I had the Mavic Air 2 connected to the controller, I powered on the Mini 2. Not long after, the DJI Fly app detected the Mini 2 and asked if I wanted to connect to it. This was done through a pop-up similar to the one Samsung Buds displays when connected to a Samsung phone.

I could never replicate this, which makes me think that DJI is still testing the feature out before rolling it out fully unless there’s a bug. Once this feature does launch, it will be great to have! Turn on the drone and hit the connect button. It also seems that DJI might be heading towards selling drones without controllers in the future, a controversial but somewhat of a good move. You can read more about that here.

I have also made a video tutorial to make things a little easier for the visual people. Feel free to watch it below.