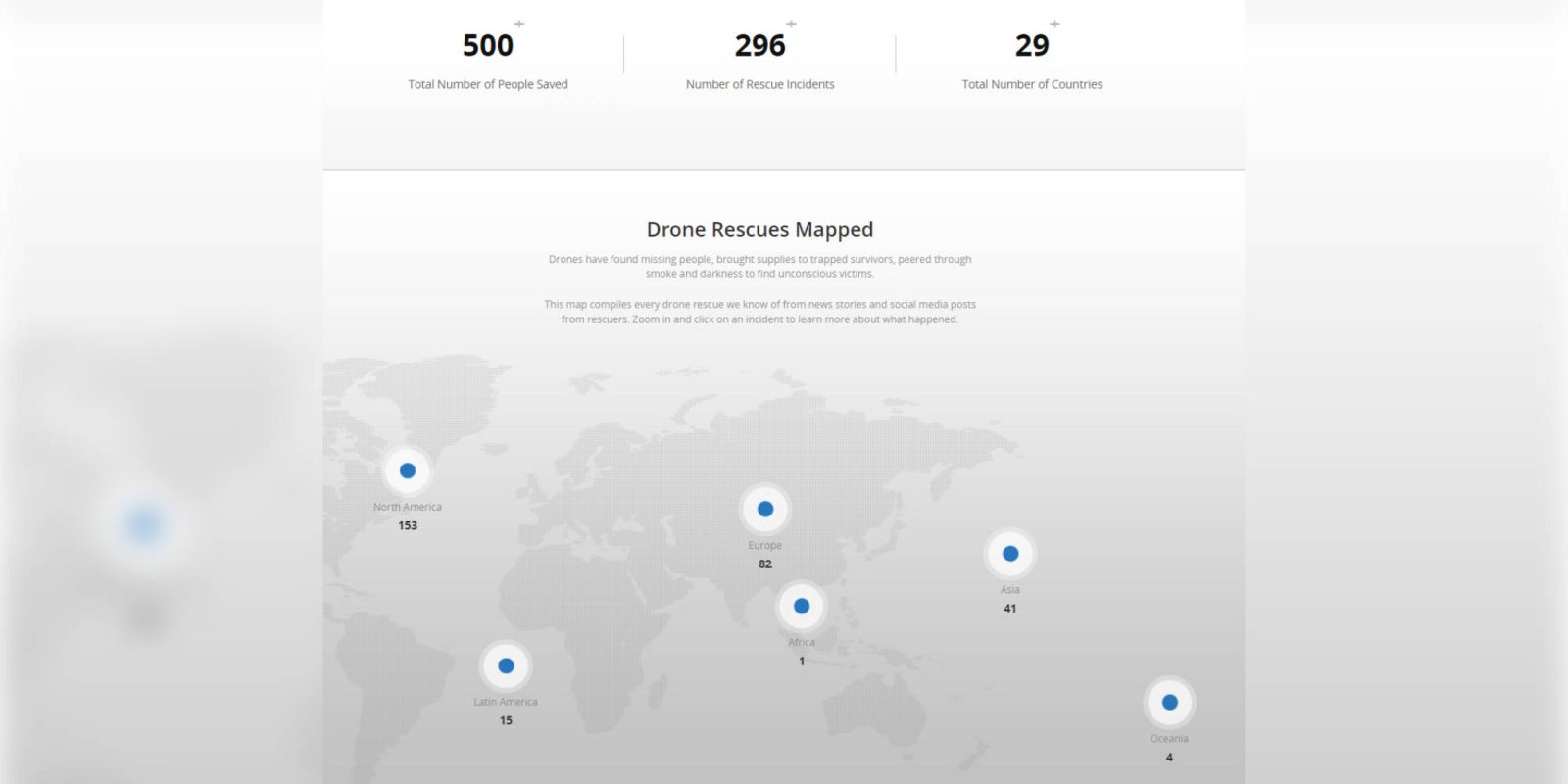 DJI’s interactive drone rescue map has hit a major milestone, displaying over 500 people rescued with drones. The map, which was introduced earlier in the year, has been an easy way for people and organizations to add their drone-aided rescues.

DJI just announced its drone rescue map has reached over 500 people rescued. The map hit the milestone back in October but the update has just been released to the public after sifting through the data to ensure its accuracy.

Just a few years ago, drones were an experimental technology for innovators in public safety, and civilians with drones often volunteered to help the professionals in emergencies. Today, public safety agencies across the world have adopted drones as a standard piece of equipment, and drones save people from peril every few days. It’s an astonishing success story for public safety, and for the people who are alive today because of drones.

The 500th drone rescue added to the map was a missing 93-year old woman found with a drone equipped with a thermal camera in a dark field in Missouri. The Cass County Sheriff’s office released a video of the rescue, which clearly shows a bright yellow object in the field.

With more than 500 people now rescued by drones operated under basic rules, we can see how reasonable regulations with low barriers to entry literally save lives, and how useful expanded drone operations at night and over people will be when they are permitted at scale. The successful use of drones in emergencies also starkly illustrates the crucial benefits to society that are placed in jeopardy when policy proposals seek to restrict or limit access to drone technology or raise the costs of such equipment to public safety officials.

DJI released its drone rescue map to the public earlier in the year to share how drones are being used in search and rescue missions around the world. The map shows rescues from 27 countries across five continents, with the first rescue being recorded back in 2013 in Canada. Today, drones are reported to be involved in around one rescue per week.

The map includes everything from drones helping find a missing person in a forest to drones dropping life preservers to those struggling in the water. Rather than sharing all rescue missions that a drone was involved in, the map only shows instances where the drone located, rescued, or assisted the person directly.