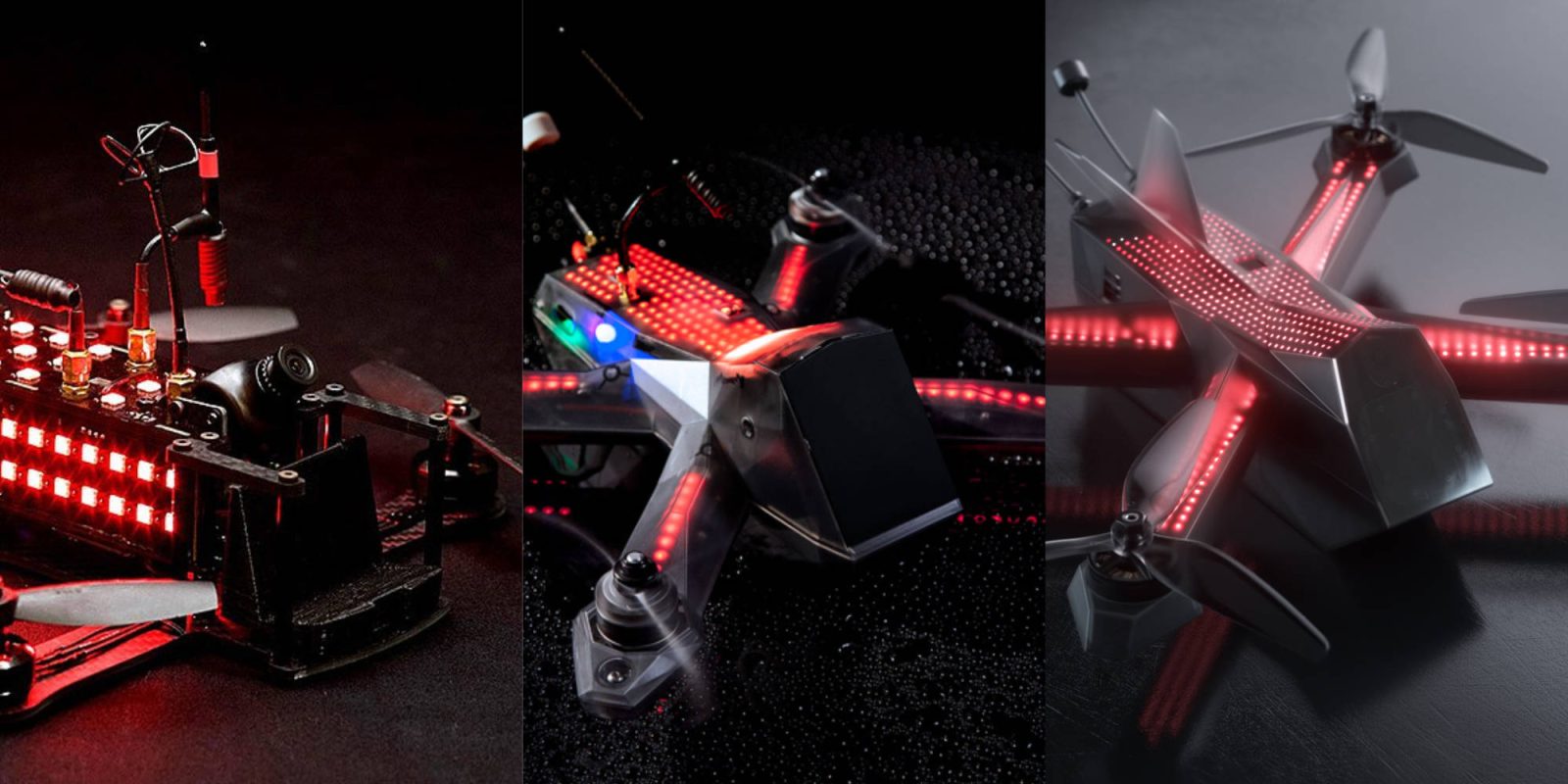 Over the years, the Drone Racing League (DRL) has gone through various custom-built drones, with each getting faster and more advanced. Let’s take a look at how they’ve evolved over the years and see what the DRL has done to make the sport even speedier.

The first drone used by the Drone Racing League is the Racer2. The team traveled with 100 of these drones, allowing for many crashes without a slowdown. The Racer2 drone had a flight time of around three minutes and maxed out at 80 miles per hour. Due to the drones being a first, they used LEDs that were fairly heavy and used exposed components.

In 2017, the racing league’s second season got a brand-new drone, the Racer3. The Racer3 is more powerful and agile than the Racer2. It can also go from 0 to 80 miles per hour in less than a second, with a flight height of up to 8 kilometers. The drone has 16 pounds of thrust and weighs around 1 kilogram, and can reach speeds of up to 90 miles per hour. For the 2018 season, DRL brought a fleet of 600 Racer3 drones with an improved hard shell to protect it from crashes.

In the same year, Ryan Gury and the engineers’ team developed the new RacerX, a toothpick-style racing drone. The drone managed to get the Guinness World Record for the Fastest Ground Speed by a Battery-powered Remote-controlled Quadcopter. It was able to reach speeds of up to 163.5 miles per hour. Prototypes of the drone were so powerful that it caught fire multiple times while testing.

The Racer4 was released for the fourth season of the drone racing league and saw the get larger at the expense of added weight. The Racer4 has four 2510 BH avenger motors, a 21-volt 5s battery, and HQ 7X4X3 propellers. Combining the three has allowed the large drone to be even more powerful than previous versions, allowing it to stick to the 90 miles per hour speed.

Racer4 Street is the first racing drone made available to the public. It features the same motors, propellers, and battery. The drone launched on Kickstarter last year and cost $599. Unfortunately, the drone didn’t meet its Kickstarter goal. Hopefully, it comes back shortly.