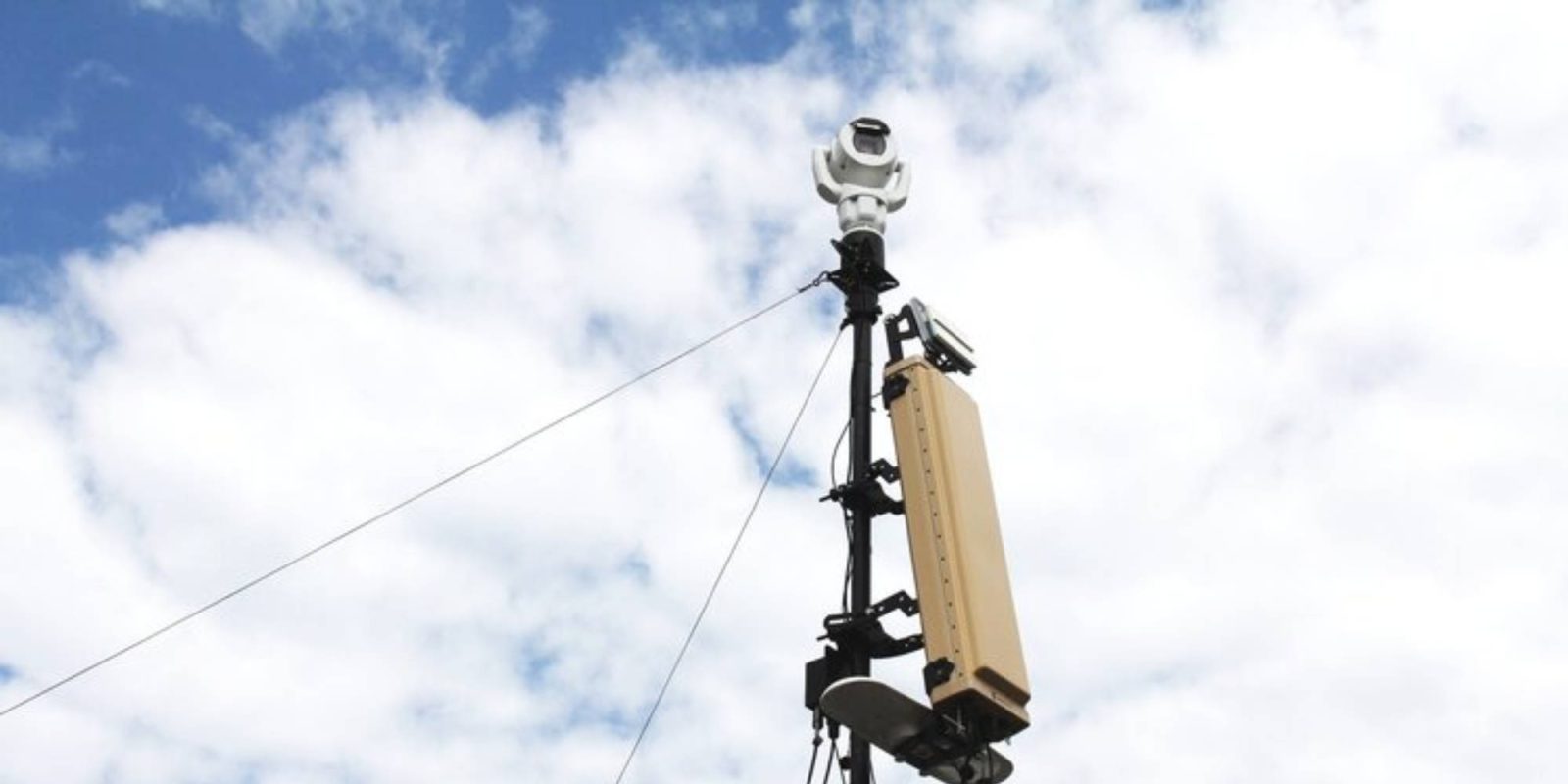 Counter-drone technology works in two steps by detecting and then defeating a drone. Today I’ll be looking at how rogue drones are defeated and destroyed, thanks to a recent factbook by Australian counter-drone company DroneShield.

If you haven’t checked out the first part of counter-drone solutions, you can learn more about detecting drones here.

As drones have become more present worldwide, there has also been an increase in illegal and dangerous drone activity. This has resulted in the need for counter-drone solutions to keep them out of sensitive airspace.

DroneShield is one of the companies leading the counter-drone race with its lineup of drone detection and defeating products, including the famous drone-destroying gun.

One of the most common ways to take down a drone is with RF jamming, rather than listening for drone signals like RF detection. RF jammers put out the same frequencies drones use to operate at higher levels, resulting in the controller losing connection to the drone.

This forces the drone to initiate its emergency protocol, which results in returning to the home point, landing where it is, or hovering until the drone gains a connection to the controller again. The RF jammers can be used in directional and omnidirectional modes, depending on the use case and the number of drones in the air.

DroneShield’s famous DroneGun uses RF jamming to stop drones up to 0.62 miles away. It only weighs 2.14kg and uses a battery for power, making it perfect to be carried by police or soldiers.

The second method is the GPS jamming. This does exactly what the name says. It forces the drones to lose their GPS signal resulting in them not flying back to their home point or continuing along their flight path.

GPS jamming is often used alongside RF jamming as it stops the drone from returning home in an emergency and not allowing the pilot to continue flying the drone. This is a great solution if you don’t want the pilot to get the drone back, or if you need it to get data from it.

Spoofing, commonly referred to as hacking, is when you manipulate the drone to think you have the controller. This way, you can take full control of the drone without it knowing anything is wrong. Using this method allows the drone to be redirected and flown to a choice location, allowing further inspection of the drone to be completed. The GPS signal can also be spoofed, so it would go to the location chosen if the pilot initiated return-to-home.

Directed energy uses a high-powered laser or microwave system to damage a drone to take it down effectively physically. This method is still in its early stages, with many companies exploring the use of it. This method builds on using something like a gun by directing the energy in one spot, cutting potential collateral damage.

Something that might seem a little odd is to use a drone to take down another drone. Just think of how police chases end with a police car stopping the suspect’s car. This method commonly uses two types of drones. The first is when a drone flying around with a net that either shoots at a rogue drone or flies into the drone. This results in the propellers getting tangled in the net.

The second method is a lot more destructive, usually resulting in the drone being destroyed. A kamikaze or suicide drone can be sent in to take down a rogue drone. It is usually packed with explosives and is made out of heavy materials, destroying the drone on impact. This method is expensive as the drone is also destroyed.

Combining the above-mentioned takedown techniques is the best way to protect airspace or a facility from rogue drones. A combination of methods means a drone will have a much harder time getting through the defenses if it is being targeted by multiple. Using multiple methods is costly, but you can easily start with one defeat method and slowly add to it as more funding becomes available.