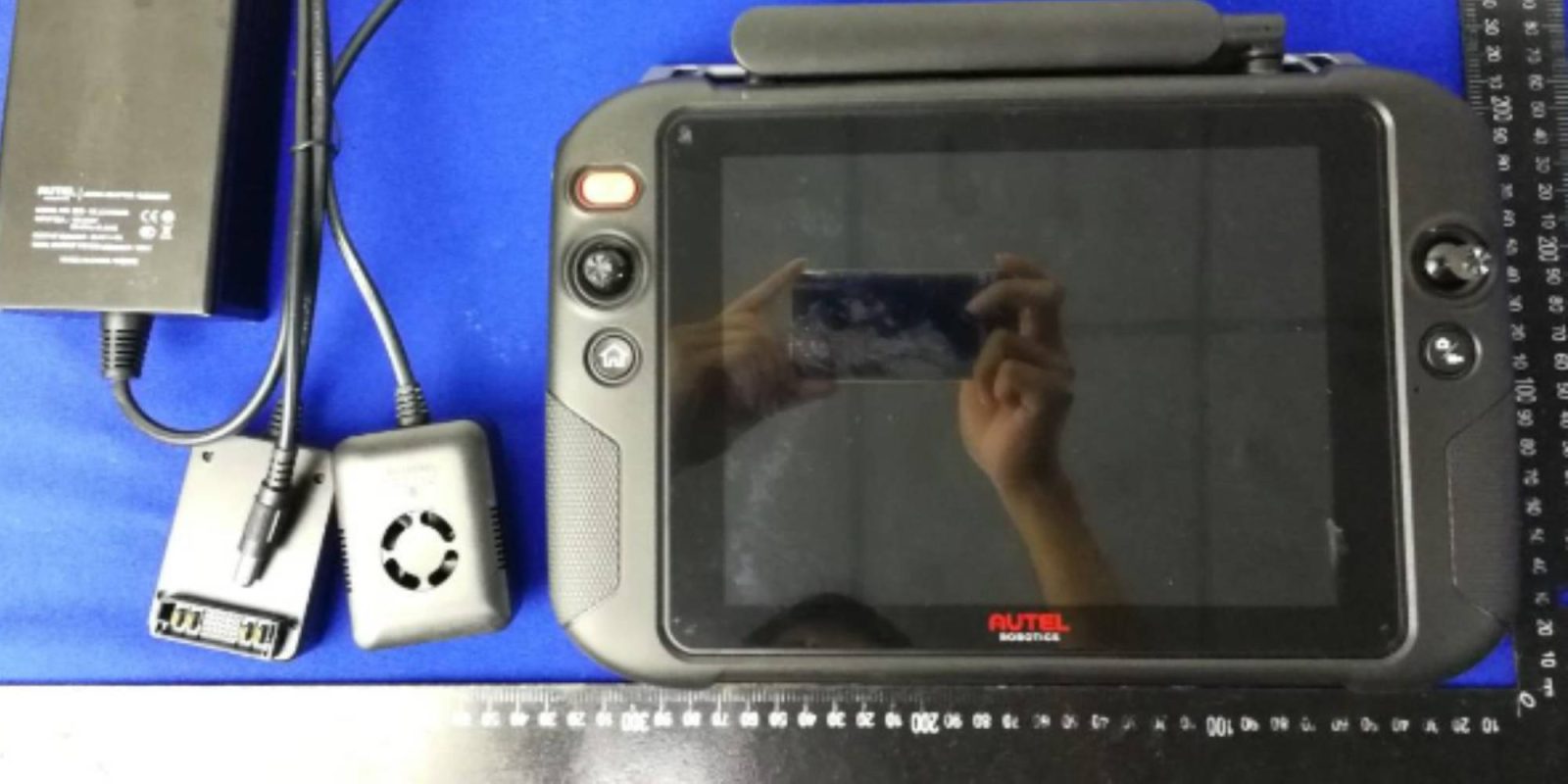 Late last month, Autel Robotics’ Dragonfish drone hit the FCC, suggesting a near release. Now the controller for it has also passed through, meaning it is ready to go for a U.S. launch. The controller features a large touch-screen and comes with an all-in-one charge for it and the drone.

The controller has been released under the name of “Dragon Fish Remote Control,” with the FCC identifier being DFRC2409A.

Taking a look at the controller, we can see it features a fairly large touch-screen, a joystick on either side of it, a return-to-home button, and a camera mode switch button. There is one more button on the left side, but the photo is too over-exposed to see the label. As it’s red, it is likely a pause button.

Moving onto the charge also showed in the images, we can see it charges the controller with a barrel plug, not USB-C, and has two battery connectors. The battery connectors look to have a fan, which will help cool it down during charging, suggesting the batteries are powerful and have a fairly large capacity.

The drone doesn’t appear to be on sale just yet, but it is visible on the Autel Robotics website for anyone to take a look at.

The Dragonfish was released onto the FCC database late last month under DF2409A. Along with the usual documents and label location, internal and external photos were also released.

From the FCC label, we now know the battery runs at 23.1 volts, 16 amps. The capacity is not mentioned on the label. The drone has the model number of DF-1, suggesting more Dragonfish drones are coming in the future. The user manual for the drone has also been released and gives us insight into the accessories for the drone.

In the box, you get the Dragonfish drone itself, a touch screen ground station, a base station, four batteries for the drone, a two battery charger, four propellers, base station tripod, repair tool kit, camera payload of your choosing, a USB-C cable, antenna, and a cable to connect the base station and ground station. It also comes with a strap for the ground station.

The drone from Autel Robotics is focused on public safety, firefighting, energy, traffic management, agricultural, and surveillance applications. It appears the website hasn’t been fully translated into English correctly just yet.

Looking at the image above, we can see Autel has heavily focused on safety and creating redundant systems to make the Dragonfish as safe as it can. The Dragonfish has two batteries, IMU, barometers, compasses, and GPS RTK modules in case one stopped working, allowing the backup to kick into action. If the drone detects it’s about to stall or can’t continue flying in the current mode, it will change into multirotor mode, which adjusts all the propellers to swivel vertically to mimic a quad-copter.