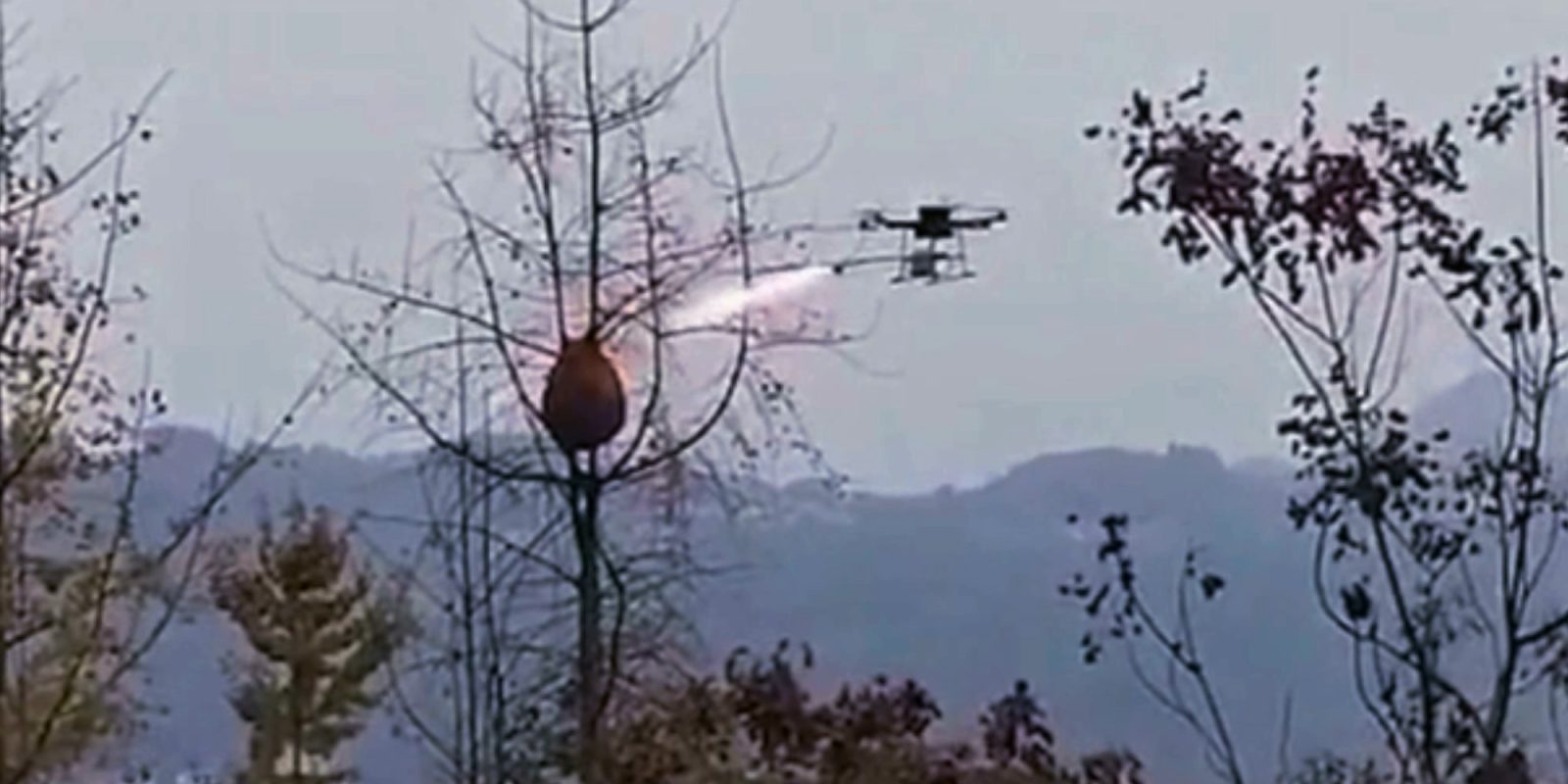 We’ve seen a lot of stories this year on how useful drones are at firefighting. But in central China, a drone has been converted into a literal firefighter — a flamethrowing drone torching hornet nests.

A volunteer group that conducts search and rescue and other emergency work has teamed up with villagers near the city of Chongqing to fight an outbreak of hornets.

According to the Associated Press, Blue Sky Rescue raised 80,000 yuan ($12,200) to buy a drone and equip it with a gasoline tank and an arm-length nozzle. The plan is to ignite and destroy all the hornet nests in the county.

Videos released by Blue Sky show a recent mission by the six-arm drone. It hovers above a giant hive. The drone operator flips an ignition switch, and the drone spits flames that torch the hornet nests. It’s impressive, but is this a good idea?

DJI is sponsoring a roundtable discussion on December 14 on how useful drones may be in fighting forest fires. But this looks like a perfect way to start one. Hornet nests are a kind of paper, which is essentially kindling. And the Blue Sky team is going to get a lot of chances at causing a conflagration. There are apparently at least another one hundred hornet nests scheduled to get the treatment.

“The burning ashes of the wasp’s nest gradually peeled off and fell, and the surrounding residents applauded and praised the rescue team,” said an article on a local news app run by state-owned Chongqing TV.

The article quotes a resident thanking Blue Sky for helping the village: “Now we don’t have to worry about being stung by a wasp.”

According to Skynews, hornet stings have often been responsible for many deaths across rural China, usually because of the time it takes to get emergency help. In 2013, the China Daily reported that more than 100 people had died from wasp stings in Sichuan.

Another reason using drones to torch hornet nests may not be such a good idea is environmental. Ecologists discourage eradication of wasps because they eat the creatures farmers regard as pests. They are also excellent plant pollinators. We’ve reported on drones actually dusting crops with wasps for this very purpose.

Blue Sky said it has destroyed 11 hives so far.