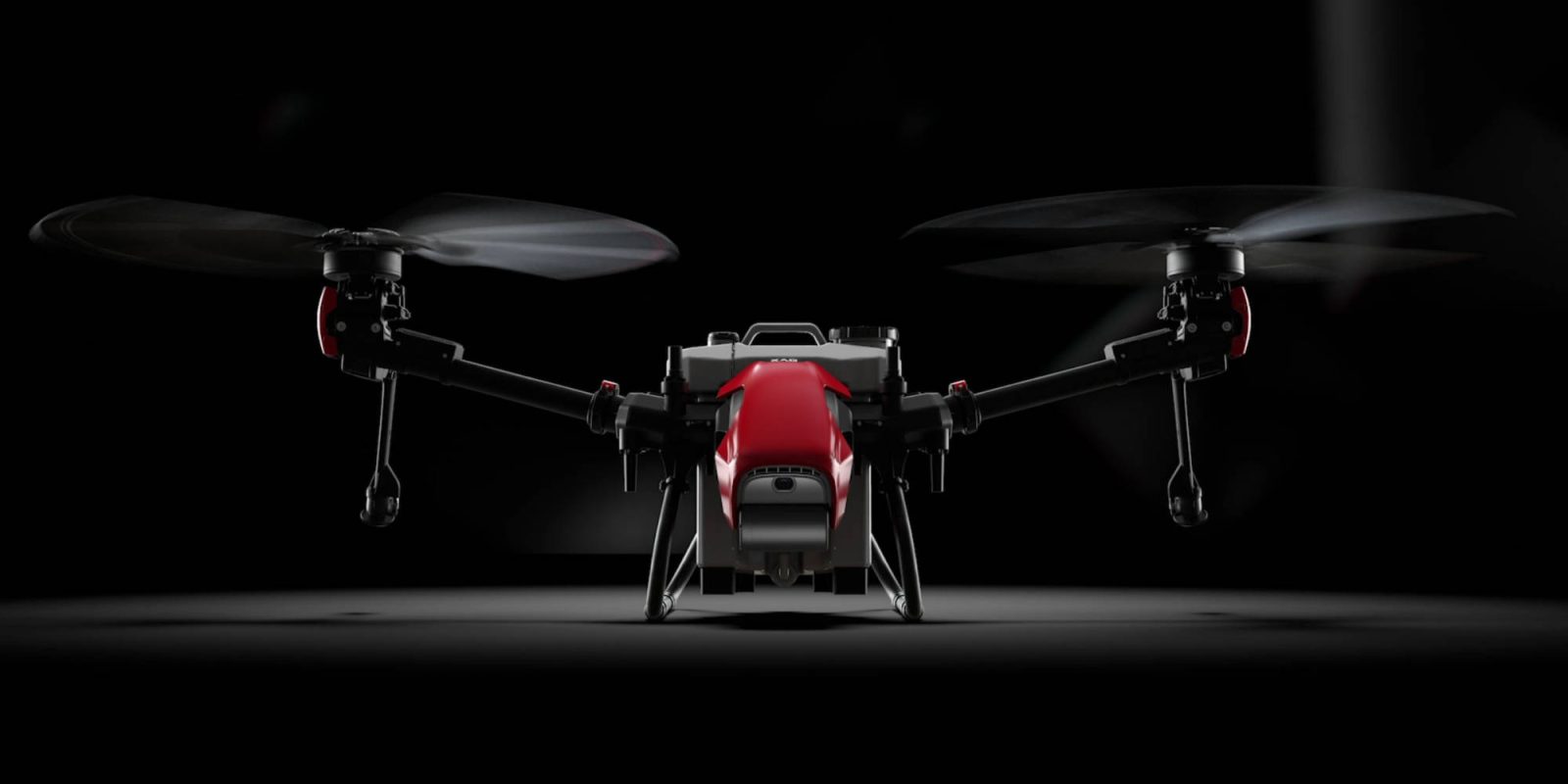 Agriculture drone and robot manufacturer XAG has announced its latest drone, the V40 2021, with a brand-new modular design. The drone replaces the usual quadcopter design with two rotors that keep the drone stable and force the payload to be applied to the fields below.

The new drone from XAG goes by the name Polar V40 2021, suggesting it’s next year’s model. Along with the V40, the company also released its more standard Polar P40 and Polar P80 spraying drones.

The big selling point for this drone is the fact that there is only two rotors. XAG says this allows the drone to be more efficient and fly tighter lines, thanks to its smaller size.

The arms of the V40 are carbon fiber, along with the body of the drone being molded in one large piece. Thanks to the new design, pesticides and insecticides sprayed from the drone can penetrate the plants more than two times more effectively.

The drone is fully modular, allowing for parts to easily be swapped out if broken or upgraded when a new payload or an improved part becomes available. It breaks down into 18 parts, with literally everything on the drone being replaceable without much effort at all. It’s a design that would be awesome to see trickle down into consumer drones.

The V40 2021 arms are foldable, allowing you to save space while transporting — 33%, in fact. XAG has gone ahead and given the drone an extra layer of protection with an IP67 rating, which means the drone can drop into water up to 1.5 meters deep for up to 30 minutes and still be good to fly. This ensures any splashes the drone receives will not result in it falling to the ground.

The brains of the drone are the SuperX4. A flight controller backed up by AI to ensure the drone is flying as efficiently as possible while getting the job done. The drone is equipped with an RTK module for improved precision and can also be equipped with a 5G module, allowing the drone to always be connected.

To keep the drone even safer in the air, it is fitted with three top, forward, and ground-facing radar. This allows the drone to know what’s above, in front, and below it, ensuring it can dynamically adjust its flight path in the air. It is also equipped with an FPV camera for the operator on the ground.

The drone can be flown in various modes, including standard, free, fixed-point, and manual. In standard, the drone follows a back-and-forth pattern, going through a field one row at a time. Free mode allows the drone to follow odd-shaped rows of plants or crops to get the best coverage. In fixed-point mode, the user selects the points, and the drone follows. Manual mode allows a pilot to fly the drone with a controller.

The Polar V40 has a high-capacity lithium battery with an intelligent power management system proving the perfect amount of power at the right time. The battery also features fast charging technology that allows it to be charged from 30% to 95% in just 11 minutes.

If you are interested in the XAG Polar V40, you can fill out this form right now. The drone only appears to be on the Chinese version of the website, but we hope to see it on the global site in the near future. The price of the drone is also unknown.