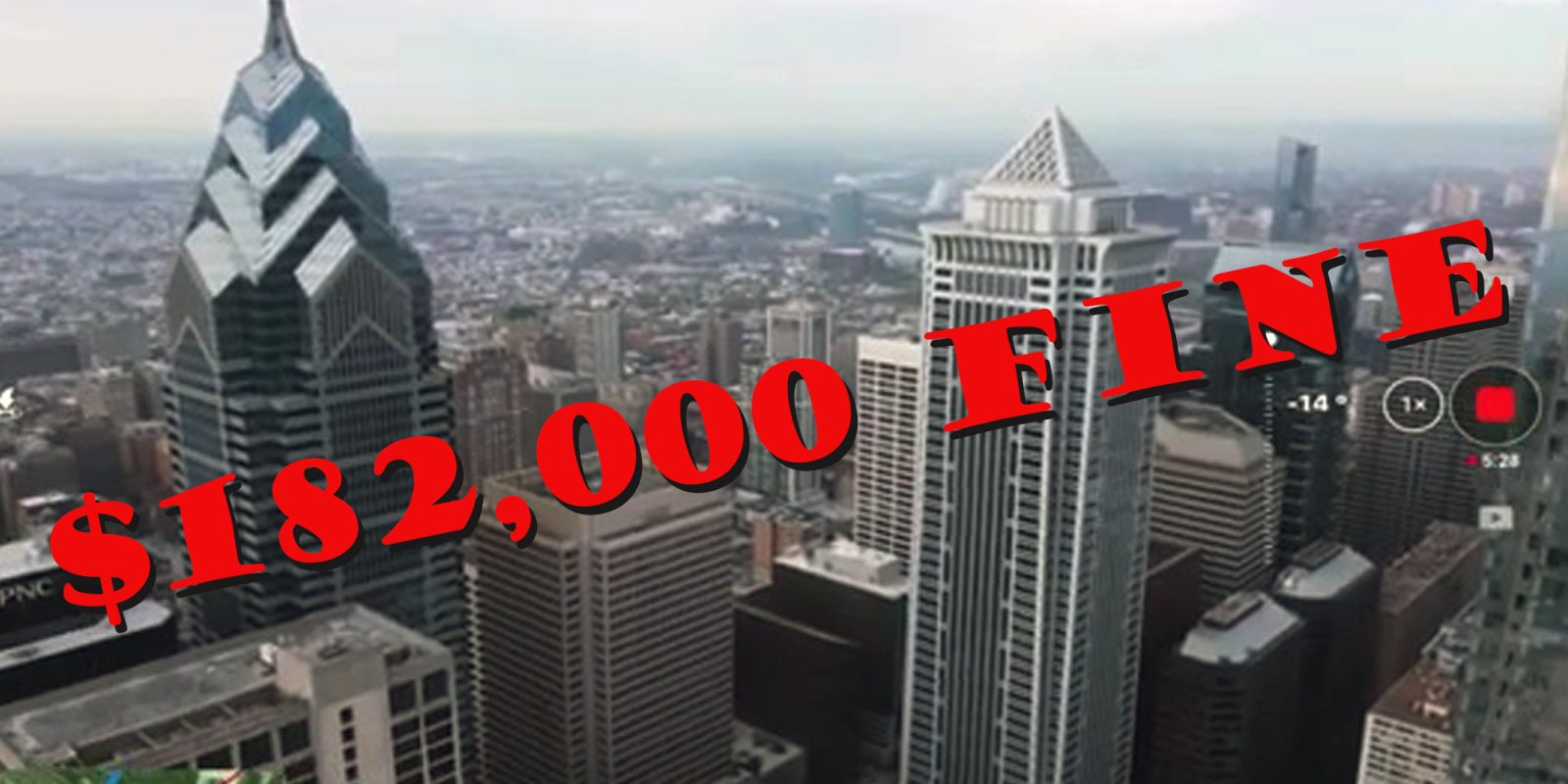 Exactly what do you have to do as a drone pilot to anger the U.S. Federal Aviation Administration so much it proposes a $182,000 fine?

Quite a lot it seems.

According to Forbes, a Philadelphia drone pilot received a penalty letter from the FAA last month detailing his violations and the proposed fine.

It’s not as if the pilot didn’t have lots of warning. The FAA wrote to him last October warning him not to fly in downtown Philadelphia. Then, a month later, it wrote again with “counseling and education regarding requirements for safe operations” of a drone under the Federal Aviation Regulations.”

But after 26 flights around the city of brotherly love, the FAA had enough and fined the drone pilot $182K

We’ve seen some stiff fines before, but this must be a US record.

The man identified as “Mikey” runs a Youtube channel called PhillyDroneLife and has carefully documented his flights. So carefully, the FAA didn’t require a crack investigative team to determine the violations. All the flight data is visible on the videos posted on Youtube.

The FAA could see exactly what day and time he flew, at what elevation, and warning messages that popped up on his monitor about illegal or dangerous flying conditions. Mikey flew at night, in bad weather, over people, and beyond the line of sight. Forbes pointed out at least two instances where the pilot seemed to lose control of the aircraft. There must be flying regulations he’s not accused of violating, but you’d have to dig deep.

There are 123 infractions overall.

Oh, and Mikey doesn’t have a remote pilot certificate.

Mikey is animated in all his uploads, but he’s really quite upset by all this. He posted an emotional video with his version of events and asked for help. It takes a while for him to explain, but it basically comes down to “he didn’t know.”

As Forbes pointed out, the lesson to be learned here is to follow the law because the FAA has a lot of resources, and it can easily use to determine if a pilot is flying lawfully or not.

And it has significant penalties to wield as well.