DroneAnalyst dives deep on impact of Entity List for DJI 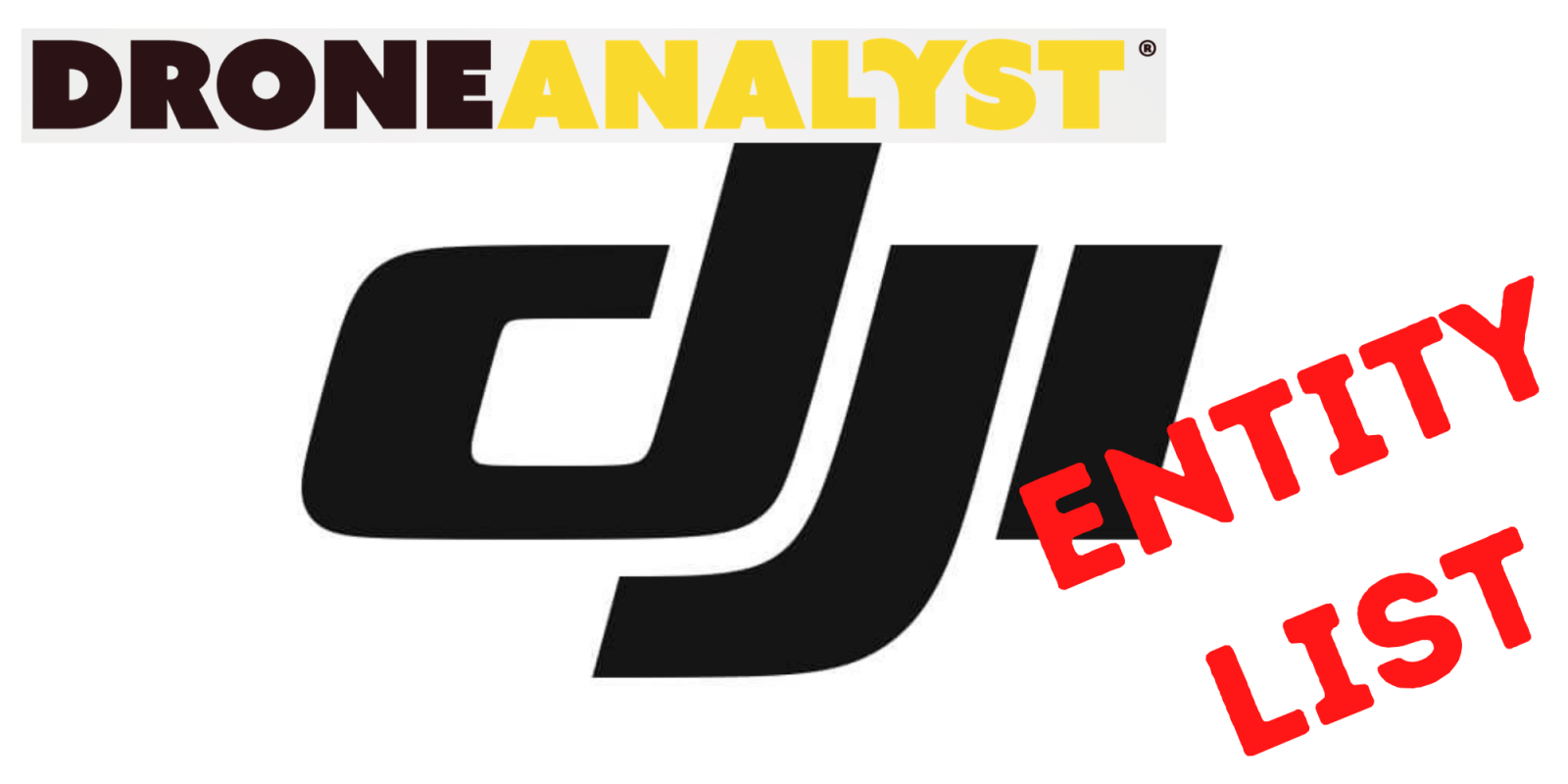 When DroneAnalyst offers some thoughts on DJI being placed on the Department of Commerce’s Entity List, we tend to listen. That’s because the person doing the analysis is David Benowitz, a former DJI manager.

Friday’s news – that global drone giant DJI had been placed on the Department of Commerce’s Entity List – is still big news in the drone world. We’ve already seen reactions from Skydio and Auterion to the news, so there’s already jockeying from competitors. But what else? If only someone with a deep understanding of the global industry’s supply chains – with an emphasis on DJI – could offer their thoughts.

Benowitz offers a big-picture view in this take, which we’ll get to in a second. Before going there, a couple of things worth reviewing:

One of the key things here is to figure out what technologies or components DJI relies on for existing products. The company will need to find replacements, presumably, for all of them. So what are the products and services? Here’s what David Benowitz says, directly from the DroneAnalyst blog post.

While DJI does not disclose a list of its suppliers, we believe these areas are where US technology is being used in DJI products:

Potential DJI customers should be particularly worried about the impact to DJI’s cloud services and smart battery management system (BMS). The BMS is critical to maximizing flight time and safe landings. If a new BMS supplier is improperly integrated, future DJI drones would be more likely to fall out of the sky due to these rules. On the cloud services side, if DJI were to quickly move to another supplier, this could have implications on how customer’s drone data is stored and potentially moved overseas.

We don’t know whether Google’s Play Store or Apple’s App Store will be required to remove related apps, but that did happen with Huawei-specific apps on the Google Play store (Huawei is also on the Entity List.) As we write this, it occurred to us it might be a good idea to ensure your DJI apps and firmware are all up to date. We’re not saying those apps won’t be available, but it’s better to be safe than sorry. Plus, it’s always a good idea to keep your apps up to date.

If DJI can no longer obtain certain technologies and components from the US, it will be seeking them elsewhere. Plus, retailers who rely on DJI might be stocking up to prepare for any potential interruptions. That adds up, says Benowitz, to the potential for some disruptions later in 2021:

I would speculate that DJI will not be severely impacted by these limitations to procurement, as they are likely to have been moving their supply chain to Chinese suppliers in anticipation of being added to the list. This is made clear by DJI’s introduction of its Mavic 2 Enterprise Advanced drone just before being added to the list, which moved their current generation thermal imaging drones away from FLIR sensors and to a (presumably) Chinese supplier. These limitations will speed DJI’s efforts to dropping US suppliers and cement entirely separate global supply chains for drones. We expect that there will be a huge buyout of DJI’s existing stock in the weeks to come by US distributors, with stock of DJI products becoming an issue in the middle of 2021. For companies that want to continue to purchase DJI hardware, there is no legal ban to you doing so, but the supply of their products may be unreliable.

What about sales of DJI products?

Here, too, Benowitz has some thoughts. He believes the impact will be minimal on the consumer side but does suspect there could be a chilling effect on Professional/Enterprise sales:

Their consumer lines – like the Mavic and Phantom airframes – have fewer alternatives as many competitors have left this market entirely (3D Robotics, GoPro, Parrot). China’s Autel offers some alternatives, and Skydio’s consumer lines have similar specs, but its different control scheme and emphasis on autonomy is a larger jump for current DJI customers. Neither of these players have alternatives to the DJI Mini 2, a full featured drone at just $450 and below the weight limit requiring registration by the FAA. In short, we’ll likely see the hardware sector stall over the next year as DJI competitors either scale out their supply chains to meet the demand or diversify their product line to capture more of DJI’s market share. DJI will invest in adjusting its supply chain. Consumers and businesses should expect limited availability of all drones on the market and higher prices as they move to DJI alternatives.

David knows his stuff, so we consider him a highly credible source.

His thoughts also happen to align with our own — specifically when it comes to the lack of impact on Consumer sales.

The reality is that DJI has more serious drone offerings for the consumer than any other company on the planet. There is tremendous anticipation around the forthcoming DJI FPV drone system, and we suspect pretty much everyone who was planning on purchasing this product before the Entity List news broke will continue with those plans.

As for the chilling effect Benowitz predicts on the commercial side? Maybe. But that chill had arguably started with the increasing push toward US-made drones.

Will DJI’s reputation be hurt by this move? Yes, much in the same way that Huawei’s has been. Will that translate to consumers rejecting its products? Not likely, given its dominance and the quality consumers have come to trust.

Are there any other impacts?

Remember David’s list of the US technologies that DJI employs? All of those goods and services come from companies that profit from DJI’s business. Those connections are now going to be severed, at least temporarily.

If DJI proceeds to source replacements for these goods and services from other countries — as we would expect it would — that business likely isn’t going to return to the US in the future unless there’s a strong economic incentive.

And that means, yes, some US-based companies will also feel the sting of this decision.