Check out this magical footage captured by an FPV drone 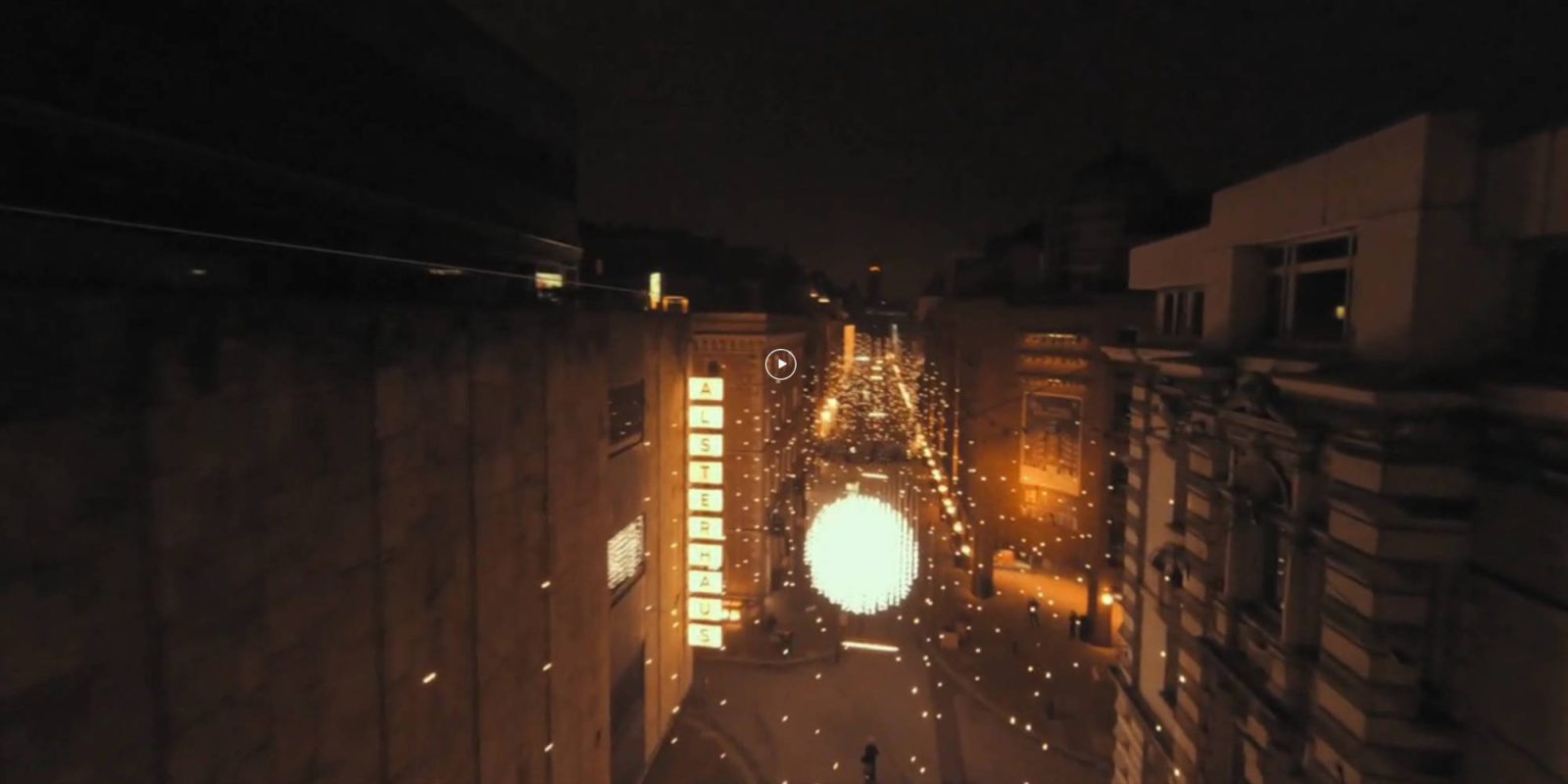 While on Reddit, I came across this epic video of an FPV drone making its way through a city center covered in Christmas lights while following a rollerblader. The footage shows how drones can be used to create shots that were never before possible.

Taking a look at the video, it starts in between two buildings with Christmas lights dangling just below it. If you look closely, there is also someone on a bike. The drone then makes its way through the lights to where a person happens to be rollerblading at the perfect time.

That’s when the video stops. It just 12 seconds but all 12 seconds of it is amazing, from the smooth shots in the beginning to the drone managing to scrape past the lights and the perfect timing with the rollerblader.

You might be wondering how the pilot was able to pull off such a cool video. A commenter wondered the same, asking, “How did it not get tangled up in the lights?! Or was this take 14?.” Magiccuber22 responded by saying:

“I think it’s obvious that it didn’t work out from the first try, but I didn’t tangle up at all just. When falling through, my propellers aren’t spinning, and I just touched the last row of lights, for example. But the most difficult part was to fall perfectly so that I don’t need to overcorrect and the timing with the rollerblader.”

Magiccube22 then shared that they managed to capture the epic footage using BETAFPV’s Beta95x whoop drone, a 100 mm drone that runs on a powerful 4S battery, making shots this possible. They also mentioned that a naked GoPro was used to capture the video. In another reply to a comment, it turns out that it is the Digital FPV version of the drone as the DJI FPV goggles were used to stream the live video down.

While this video is epic in every way possible, a few commenters did point out an important point — the flight’s legality. We can see the video was shot in the dark and in a public space. Magiccube22 responded by saying that the square was empty, other than the people in the video, and also said that as it’s winter, it appeared darker earlier. It is also worth pointing out the drone likely weighed less than 250 grams, the golden number when it comes to drone rules.