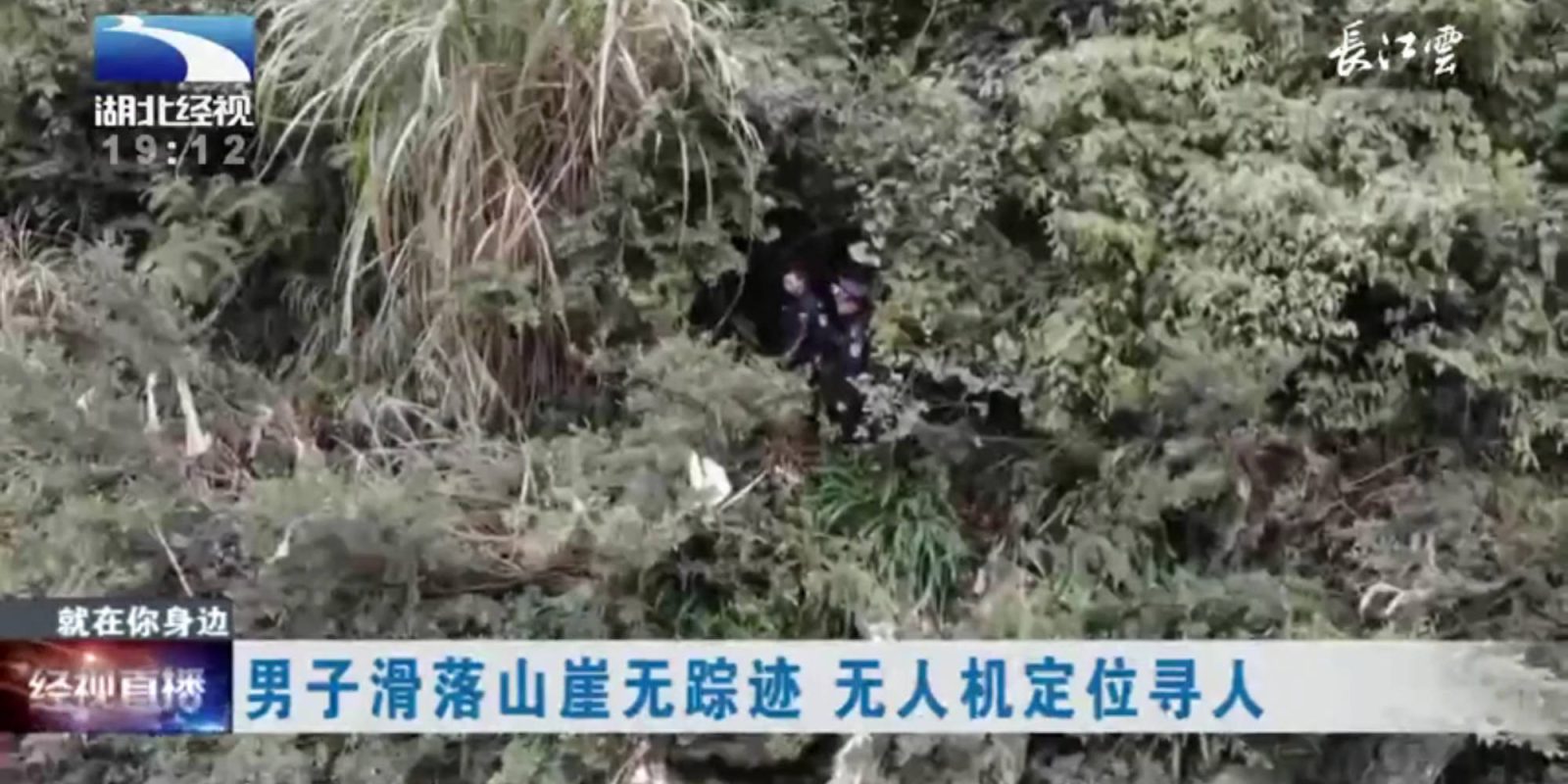 A man who slipped off a cliff in Huishui County, China, was found by a local fisherman and a drone. The fisherman heard a faint cry for help but couldn’t see anyone, resulting in the police being called and sending a drone up.

During the afternoon of December 15th, police got a call from a local fisherman saying he heard a faint scream of someone calling for help. The police soon arrived and began searching the area on foot, which didn’t turn out successful due to the harsh terrain.

A police drone pilot flew the drone to the area where the cry for help was reported to have been coming from. It was equipped with a thermal camera and was able to see the heat signal put off by the injured man almost instantly.

Once the drone located the man, firefighters moved in on an inflatable boat as this was the easiest way to get him out. The news footage from Hubei TV shows that a DJI Mavic 2 Enterprise Dual was used for the rescue, which features a thermal and RGB camera.

Thanks to the cooperation between the fire department and the police force, the man was safely taken back to an ambulance and the hospital. For now, it’s unknown what the cause of the fall was. Police are still investigating the matter.

While the circumstances aren’t the best, this is where drones truly shine and show off their true potential. Drones can easily get a look from above to get a better angle on a situation. Equipping a drone with a thermal camera adds to this by allowing it to see heat signatures through shrubbery and other low-density objects.

Take a look at some of the other search and rescue mission drones have helped on: