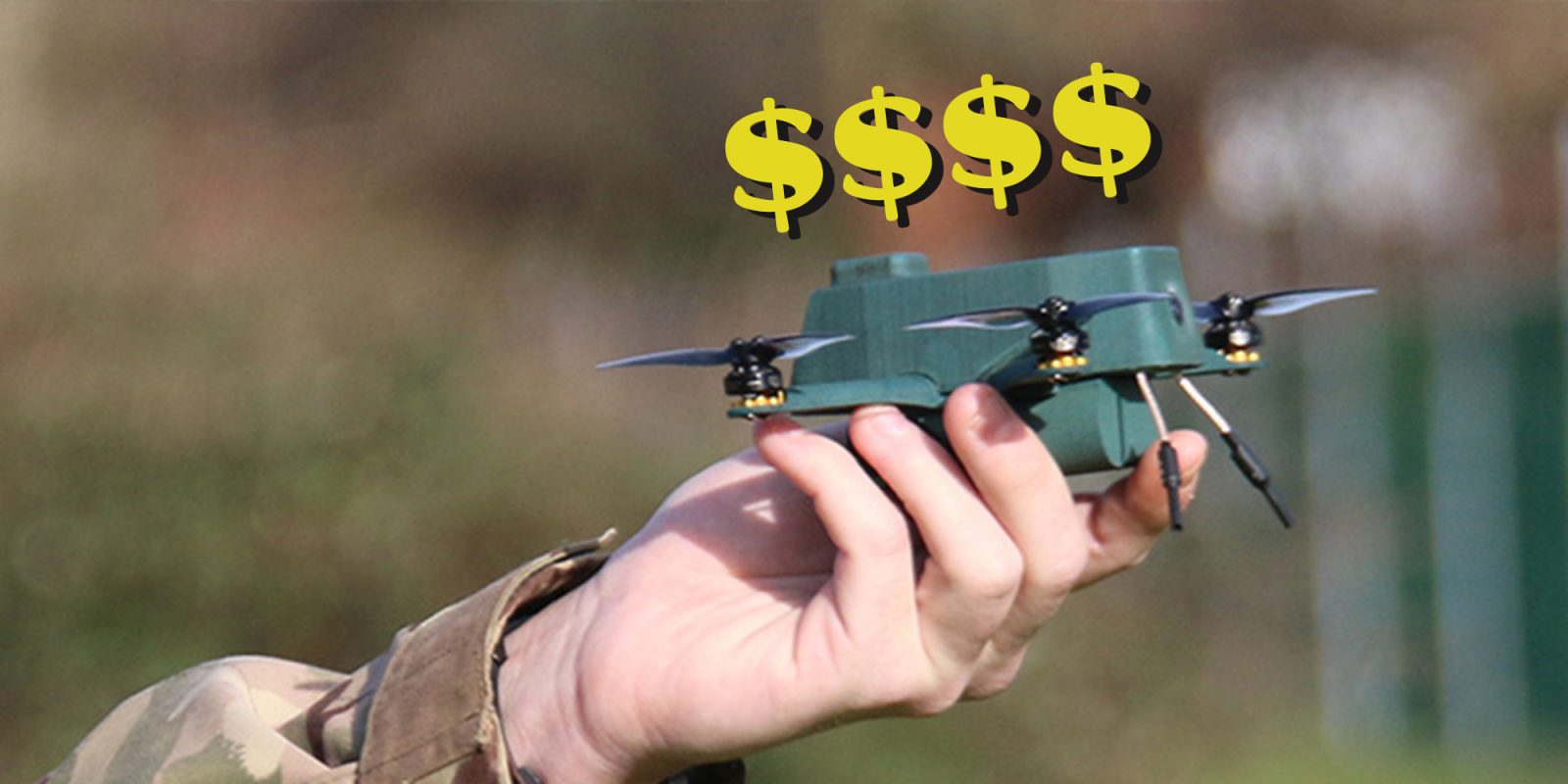 The new drones the British Army just purchased may look quite similar to hobby drones. But the similarity ends when it comes to cost. Her Majesty’s military has bought a very pricey set of drones.

We’ve covered the Bug drones before. But at the time, they appeared to be purposed as a kind of flying bomb. Now, the 196-gram drones are thought to be more useful as flying spies. They can fly for 40 minutes on one charge and can send back visuals from up to 2 kilometers away.

They are also powerful enough to fly at speeds of up to 80 kph in strong winds, rain, and snow, according to the manufacturers.

It’ not exactly spelled out in the reports and press releases, but the developers, BAE Systems and UAVTEK, say it will cost a tenth of the price of the Black Hornet drones the Ministry of Defence used in Afghanistan.

Sounds like a good deal, but those Black Hornet Mk3 UAVs reportedly cost £45,000 each.

There are lots of reasons a country’s military might not want to buy an off-the-shelf drone with similar features like DJI’s Mini 2. But at a cost of $6,100 US, price isn’t one of them. This thing is worth about half its weight in gold.

There were more than 300 “mini drones” in service in the UK armed forces between 2013 and 2016, but cutbacks saw their numbers reduced by more than a third in 2017. The British Army’s drones were too pricey for typical combat.

But solders in Afghanistan loved them, even at $60,000 apiece. Some kind of replacement was needed.

Britain’s Ministry of Defence said last year it had committed £66m to “fast-track military robotic projects onto the battlefield.” That includes the pricey mini drones that give troops “greater awareness to outmaneuver enemies.”

“In even the toughest weather, the Bug can deliver vital tactical intelligence on what’s around the corner or over the next hill, working autonomously to give troops a visual update,” BAE technologist James Gerard told The Independent.

The UAVTECK website lists some interesting features of the drone. It may be equipped with a microphone, a loudspeaker, and mapping and thermal cameras. It can carry a 100g payload and something intriguingly called a “distraction device.”

Is this one of those rare cases of British OVER statement?