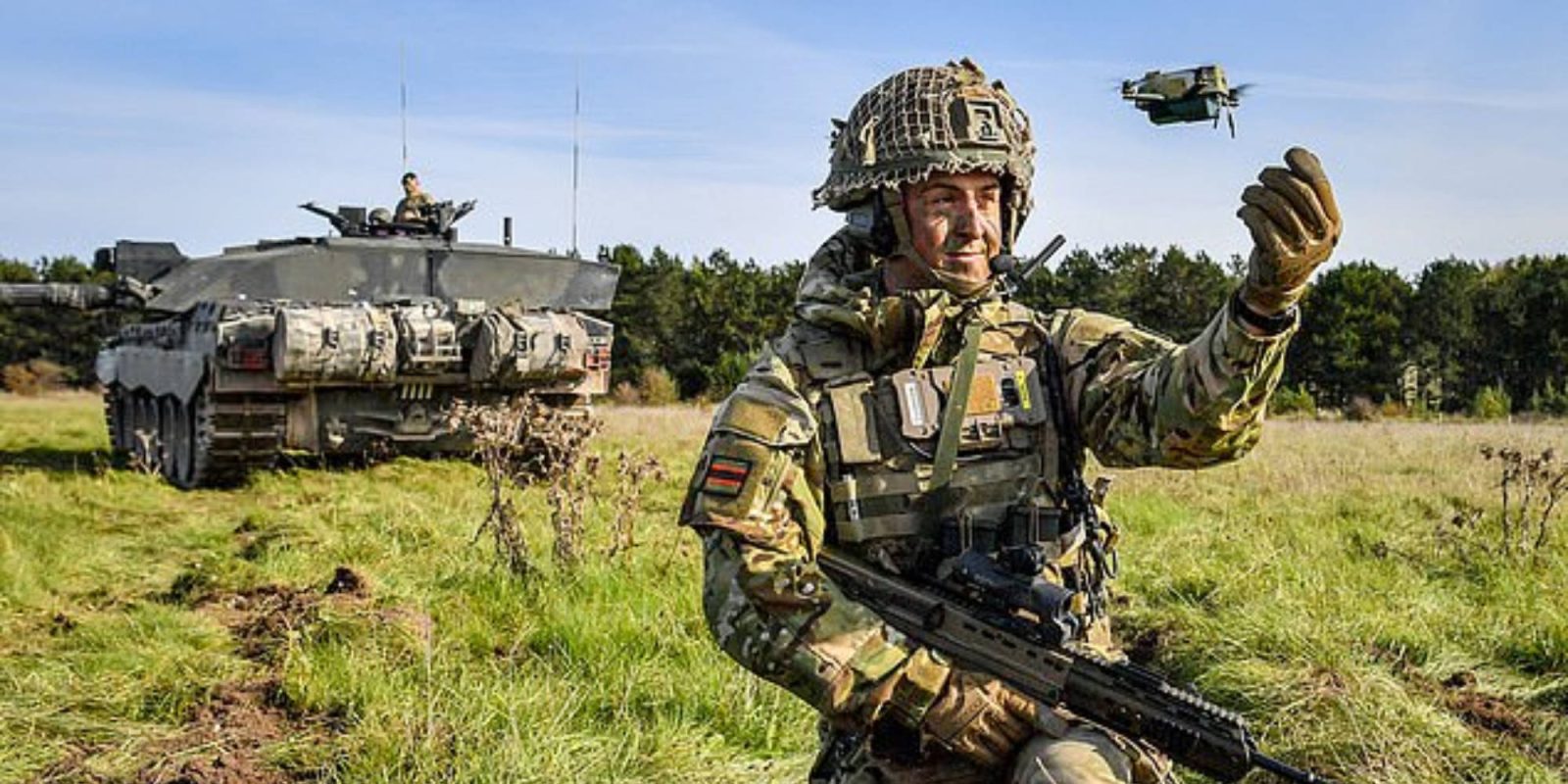 The new mini bug drone will be added to the UK Army’s tanks and other armored vehicles to gain access to enemy positions by blowing open doors with explosives. The drone is a part of the UK’s new investment in threat-driven military equipment.

The new drone was shown off at Salisbury Plain in the UK earlier this month as a new way to breach enemy locations and keep soldiers out of harm’s way. The drone was used with the ground-based X3 robot.

The drone is part of the military’s threat-driven equipment to prepare UK forces for future threats on the battlefield. Defense Secretary Ben Wallace, who was speaking at Salisbury Plain, shared:

We are in a very real race with our adversaries for technological advantage. The proliferation of new technologies demands our science and technological technologies to be threat-driven and better aligned with our future needs. What we do today will lay the groundwork for the decades to come.

The tiny drone is flown using a controller with an integrated screen to see from the drone’s perspective. The drone fits into the palm of a hand and can fly in winds of up to 40 miles per hour. The drones use its high speed combined with an explosive device to breach enemy locations.

After the aerial drone has given access to the enemy, a ground-based robot, X3, moves in. It gives the soldiers a live feed from the inside, improving decision-making and keeping the soldiers safe.

Along with the two drones, the Army also showed off the new Android Team Awareness Kit (Atak) system was able to show the position of all friendly soldiers to avoid friendly fire. Wallace added:

To succeed, we’re going to have to tap into our brightest brains across the defense industry, academia, and the whole of society. We’re going to have to bridge the valley of death, between advanced science and technology research, production, scaling, and commercialization.