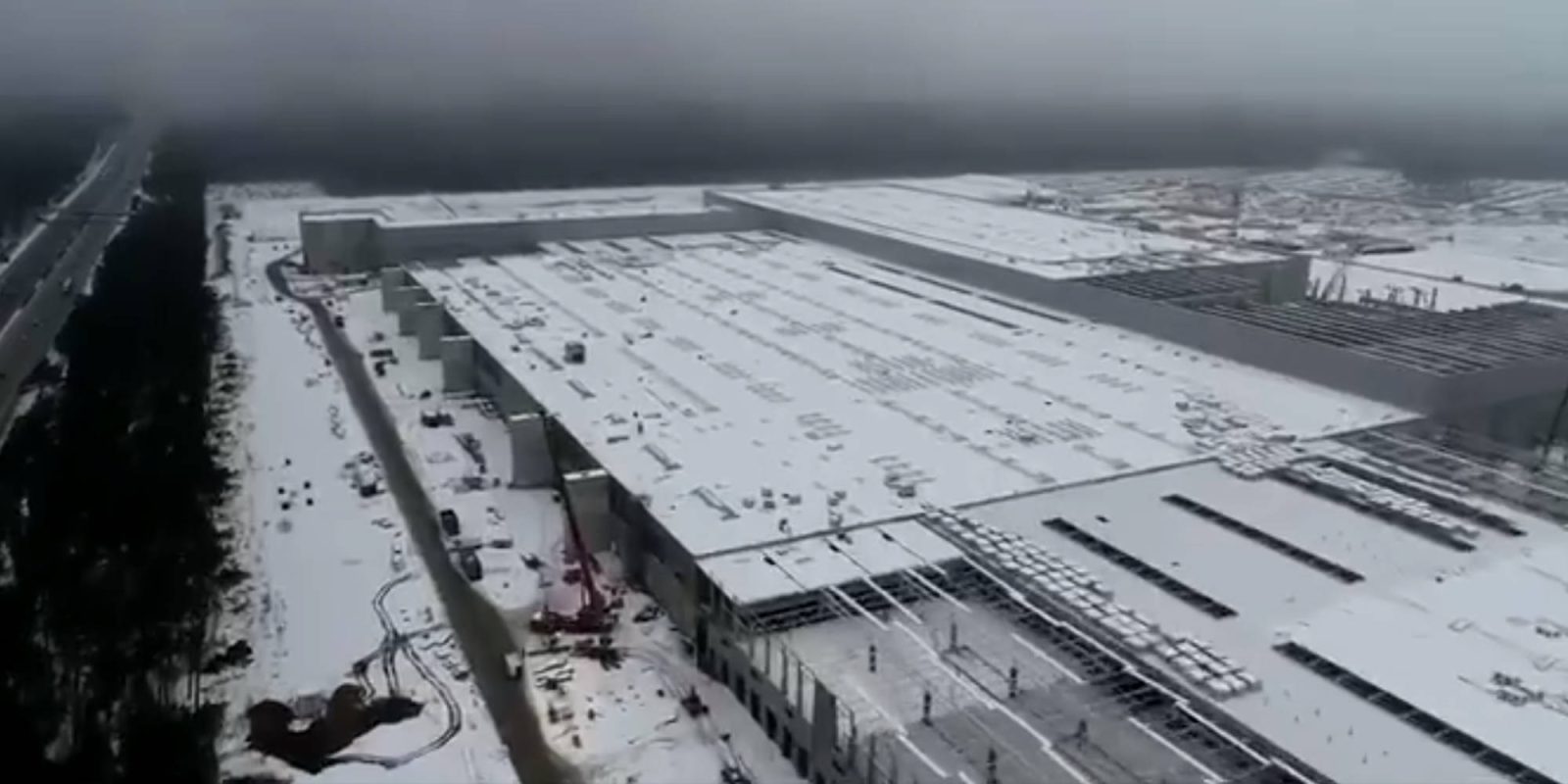 Elon Musk has shared a video on Twitter of Tesla’s Berlin Gigafactory receiving a good amount of snowfall while still under construction. The drone video shows the massive five-story structure almost camouflaged into the surrounding environment.

Giga Berlin, also known as Gigafactory 4, is, as the name states, the fourth Gigafactory from electric car giant Tesla. The drone video shows the Gigafactory as it’s still being built, with operations expected to begin in July 2021.

We can see the massive amounts of snow covering the rooftops due to the flat design in the video. The snow almost hides the factory when looking from directly above. Elon Musk added to the video, saying that the building looks flat due to the massive amount of land it takes up. In reality, it gets up to five floors high in some areas.

On November 12, 2019, Elon Musk announced the company had chosen Berlin as its next Gigafactory location. It was chosen as the location because “everyone knows that German engineering is outstanding,” he says, and that an engineering and design center will also be opened up at the factory.

The Gigafactory sits on a 740-acre (about one square mile) plot of land and costs Telsa about €41million ($50 million) to purchase it. In renderings shown off by Musk earlier in the year, solar panels could be seen on the roof. With the snowfall Berlin sees each year, it will be interesting to see how Telsa combats buildup covering the panels. The only option I can think of is heaters that will melt the snow off of the solar panels.

The Berlin Gigafactory is no stranger to drone footage. A teenage Elon Musk fan has been sending his drone up for the last 10 months or so, giving aerial updates to the world on the factory’s construction, and to maybe even Musk. As he goes by on YouTube, Tesla Kid was almost arrested at one point, with the police saying he needs permission to fly. Elon ended up saying that was okay to fly, in the most Elon way possible, on Twitter.