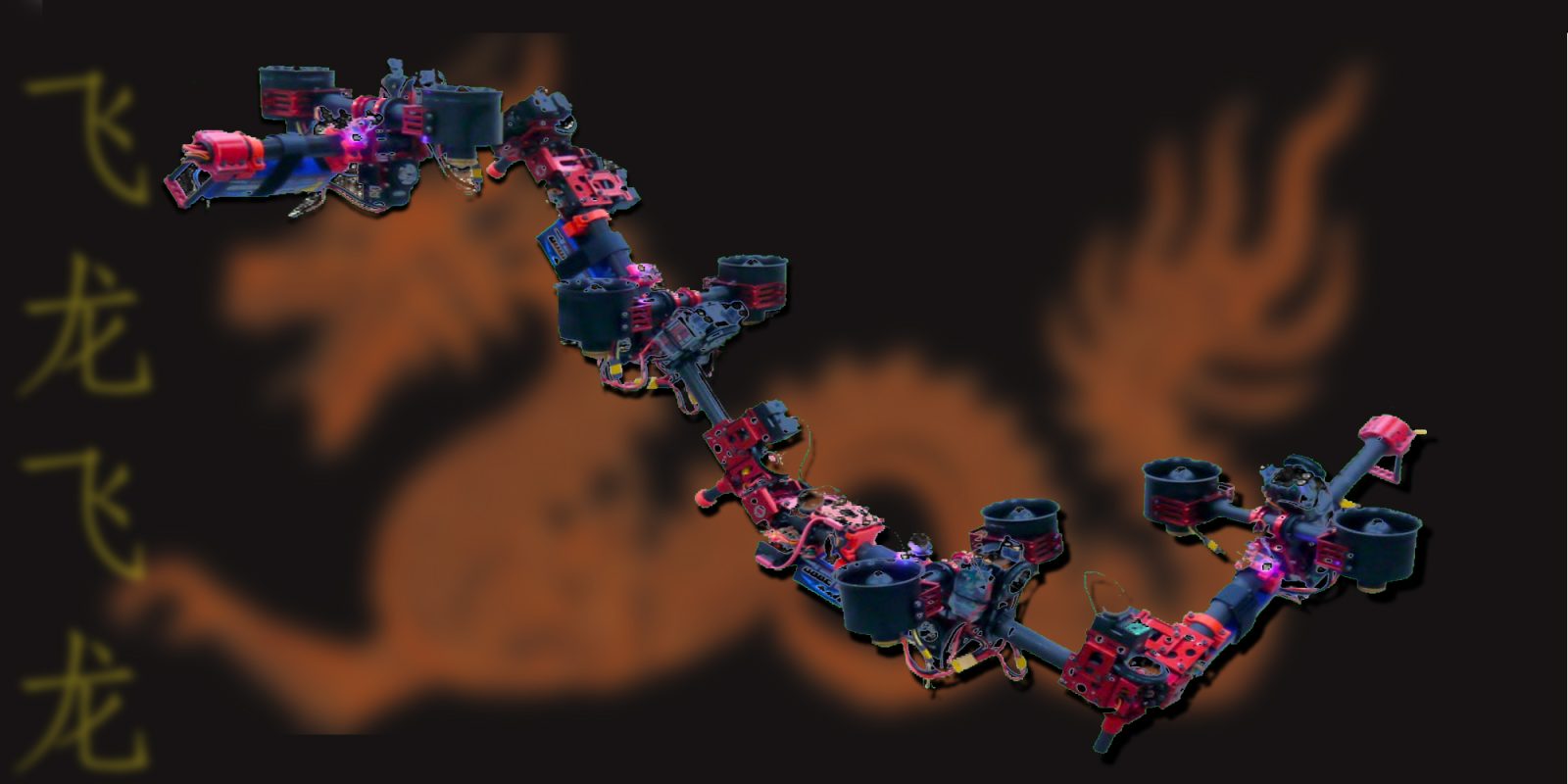 If you’re sick of drones that share virtually the same silhouette as the DJI quadcopters, here’s something to enjoy: a flying dragon transformer drone. Technically it’s capable of forming an almost infinite number of shapes, but mostly, it’s a Big Flying Snake. And we’ve got video.

The robot is what researchers at the JSK Lab at the University of Tokyo believe is one solution to moving drones about indoors. And it’s actually called DRAGON from the tortured, “Dual-rotor embedded multilink Robot with the Ability of multi-deGree-of-freedom aerial transformatiON.” They first published their results a while back, unfortunately behind a paywall.

The idea is that moving around closed spaces is hazardous for most flying robots. If they’re tiny enough to avoid obstacles, they’re too small to carry anything. If enclosed in some kind of cage, they can’t interact well with their surroundings. We’ll get to that.

But a flying dragon transformer drone can contort itself to get through very small openings. As you can see from this video. Although, boy, it is slow…

The DRAGON drone normally flies around in a rectangular configuration, but it’s got 2-DOF hinged modules that let the robot stretch out. In this case, just four modules are connected, but the researchers say they’ve done the math to make it work with as many as twelve.

You can almost feel the straining this thing does to unwind and strike out through an opening. A pair of ducted thrusters float each module, so at present, it’s got about three minutes of flying time before the batteries run out.

We’ve covered the problem of drones dealing with small openings before, and the thinking was it might be smart to give them insect intelligence. Bestowing flying reptile intelligence is definitely creative thinking.

The researchers think DRAGON might be able to move things by first coiling around them. And they hope to equip DRAGON with grippers at both ends so it can pick up objects.

It will be a Big Flying Snake with HANDS.

A flying dragon transformer drone is an impressive technical achievement for sure.