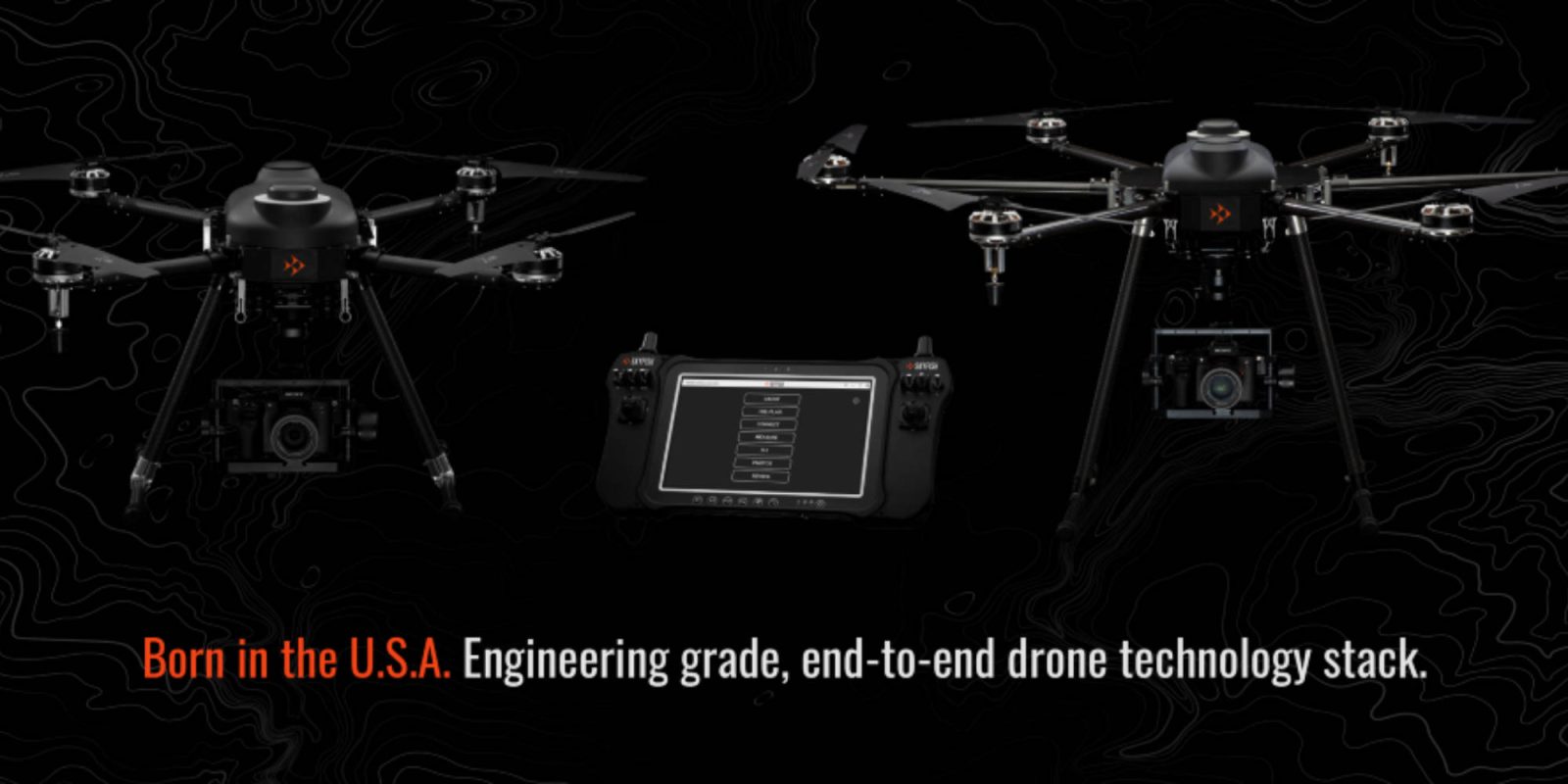 American drone manufacturer Skyfish has formally launched its brand-new autonomous drones, the Skyfish M4 and Skyfish M6, along with a ruggedized remote controller. The company has also partnered with Sony to officially support its A7, R, and QX camera series.

There is a chance you have heard of the company in the past, which has been conducting pilot programs with various companies during its research and development phase.

Most notably, the company has been working in the cellular communications industry, focusing on developing a state-of-the-art drone system to scan cellular towers for safer inspections with the software company Bentley Systems.

Skyfish manufactures our own onboard computer, remote controller, carbon composite airframes, battery charging system, RTK base station, flight planning and navigation software, 3D modeling, mapping, and data analytics software. We are experts in the UAV industry and have the ingenuity and engineering talent to bring customers’ commercial drone requirements to life.

The new M4 drone is designed to undertake photogrammetry and 3D model missions for inspecting critical infrastructure. The Skyfish M4 can fly for up to 60 minutes and reach speeds of up to 65 mph. Thanks to the Sony integration, it can support payloads with up to 61 megapixels and use an RTK module to improve precision.

Unlike the M4, the Skyfish M6 uses six motors and a larger battery to allow heavier payloads. This larger combination has allowed it to match the specs of its smaller brother, the M4. Both drones are also equipped with two battery packs rated at 500 cycles for more power and redundancy if one fails during a mission.

Both drones also support payloads from other manufacturers, including LiDAR systems, gas detection systems, FLIR sensors, and basically anything else you might want on a drone. The drones also use lithium-ion batteries from Panasonic to ensure long flight times and reliability.

Looking at the flight time chart provided, we can see that the gimbals used are from Gremsy, the same on Sony’s Airpeak drone. It’s interesting to see that both Sony and Skyfish have released drones in a short amount of time using gimbals from the same company and official support for Sony’s cameras.

Sticking with the Panasonic theme, Skyfish has created a custom controller that houses a Panasonic Toughbook with a 10-inch display. The controller has two control sticks and six programmable physical two- and three-way switches to control the connected drone. Along the bottom, it also has two more programmable switches. The controller’s sticks use hall effect sensors for precise control over the drone.